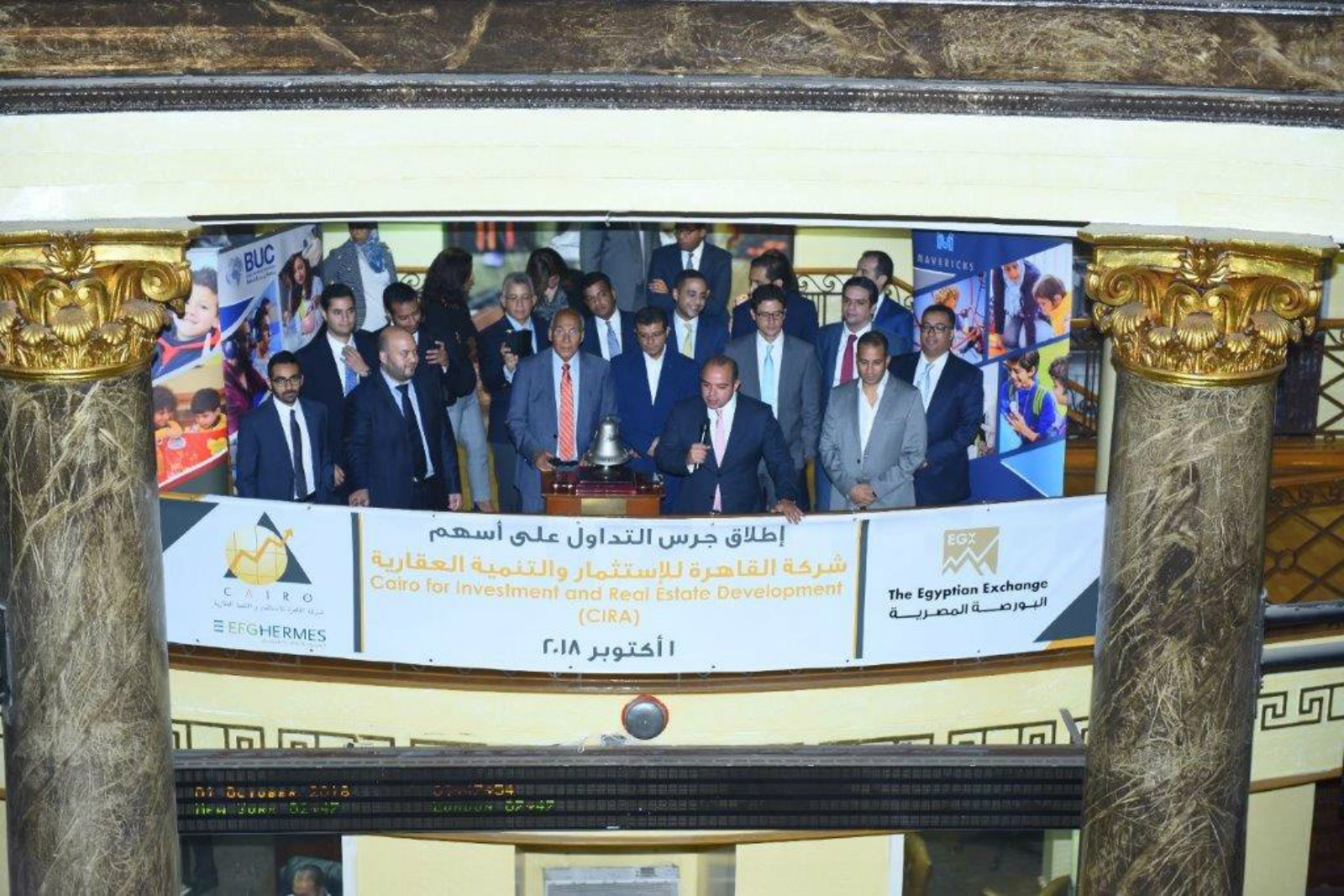 IPO WATCH- CIRA shares pop nearly 18% in EGX debut: Leading private-sector education provider Cairo Investment and Real Estate Development (CIRA) saw its share price rise 17.6% on it first day of trading yesterday, reaching closing north of EGP 7 per share by the end of trading, according to EGX data. The IPO of the company, which now trades under the ticker “CIRA,” raised EGP 1.244 bn, according to a statement (pdf) from EFG Hermes, which took the education provider public. CIRA’s market cap at the start of trading yesterday was EGP 3.287 bn, according to the statement. The institutional component of the IPO was 10.36x oversubscribed amid high international demand, while the retail tranche closed 18.9x oversubscribed.

The proceeds from the IPO will be used to fuel growth plans, including establishing a 110-feddan medical complex in Badr City, CEO Mohamed El Kalla said yesterday, according to Youm7. CIRA owns a 25% stake in the planned complex, the first phase of which will be inaugurated within two years, El Kalla said, without providing further details on the investment value. CIRA outlined in its intention to float a range of growth plans including expansion of its Badr University brand to Upper Egypt and the opening of new faculties at its primary campus in Cairo, among other activities. You can read the ITF here (pdf).

Advisers: Al Tamimi & Co. was the issuer’s local counsel, while Zulficar & Partners was domestic counsel to the underwriter. White & Case was international counsel to the issuer, and Gide Loyrette Nouel was doing duty for the global coordinator and bookrunner. Inktank Communications serves as investor relations adviser to CIRA.