But the big dogs are bullish 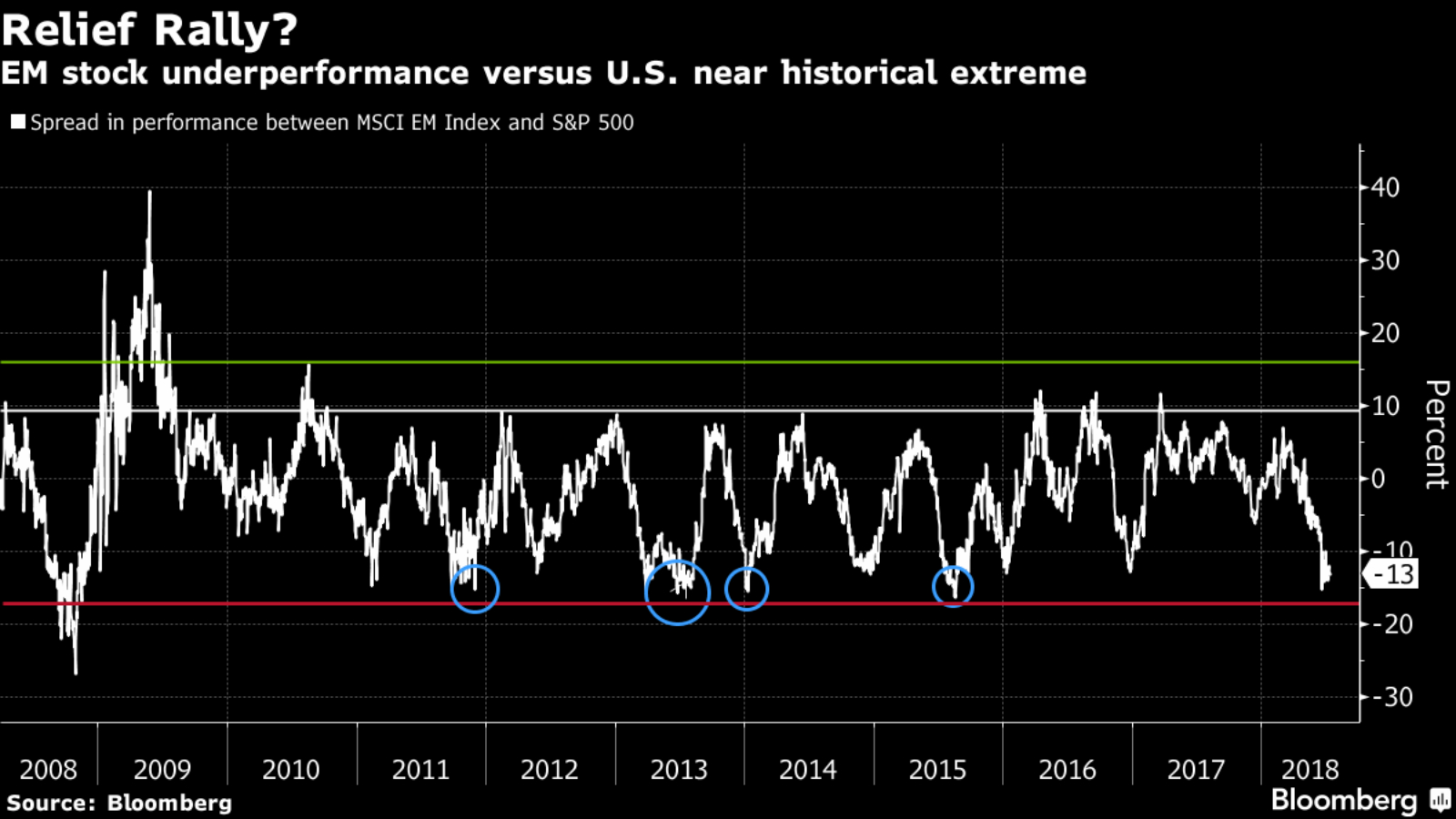 The bulls, however, appear to be in the minority, a Bloomberg survey of 20 investors, traders and strategists showed that more than half of market participants expect the selloff in EM stocks and currencies to continue. “Pessimism towards developing-nation stocks is close to the highest level in 23 years,” according to the Bank of America Merrill Lynch Risk-Love indicator.

Big picture perspective says that EMs ability to get past the slump will depend on the fundamentals. That’s the lesson we’re taking from this excellent piece in the FT. It looks at “destiny instinct” — the idea that innate characteristics determine the destinies of people, countries, religions or cultures (in other words, racism). It is easy to dismiss people from EMs such as sub-Saharan Africa as being constantly plagued by conflict and lack of development. The same was said of China once upon a time.

Globally, Morgan Stanley reported a 39% y-o-y increase increase in net profits for 2Q2018 to USD 2.4 bn, beating out the other top four in Wall Street who have collectively earned USD 5 bn, according to the salmon-colored paper.