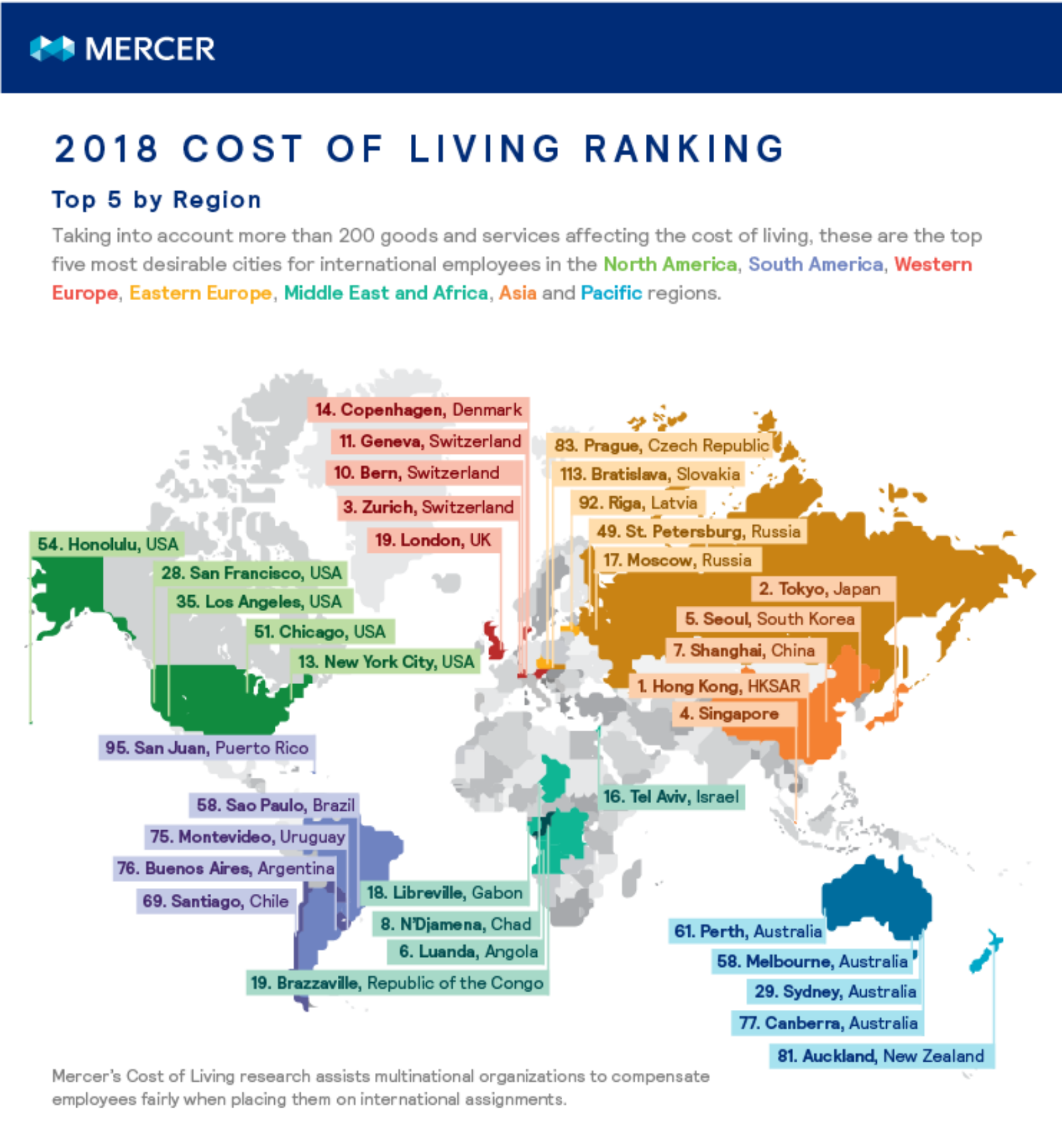 Cairo is the least expensive city in the Middle East for expats, according to an annual cost of living survey by HR consulting firm Mercer. The nation’s capital was ranked 188 out of 211 global cities ranked on this year’s report, up just one place from last year. Cairo was cheaper than Almaty, but more expensive than Botswana’s Gaborone and Islamabad in Pakistan. The findings are based on the comparative cost of over 200 items in each location, including housing, transportation, food, clothing, household goods, and entertainment. The region’s most expensive city is not Dubai (#26 globally, according to Mercer), but Tel Aviv at 16. Also expensive regionally are Abu Dhabi (40 and Riyadh (45). The three most expensive global cities for expats, Mercer says, are Hong Kong, Tokyo and Zurich. The landing page for the survey is here. Cairo was also named as the cheapest big city in the UBS Global Cities Ranking 2018, falling to the bottom of the 77 cities named in the report.

Cairo’s cost-competitiveness is starting to get notice: Broadcaster OSN plans to relocate its Dubai-based call center operations to Egypt and Jordan in 3Q2018, OSN CEO Martin Stewart told the National. The move will significantly cut down on OSN’s operational costs by hiring locally, “but [with] the same quality of service,” according to Stewart.