OPEC and allies agree to pump additional c. 1 mn bpd of oil as of July 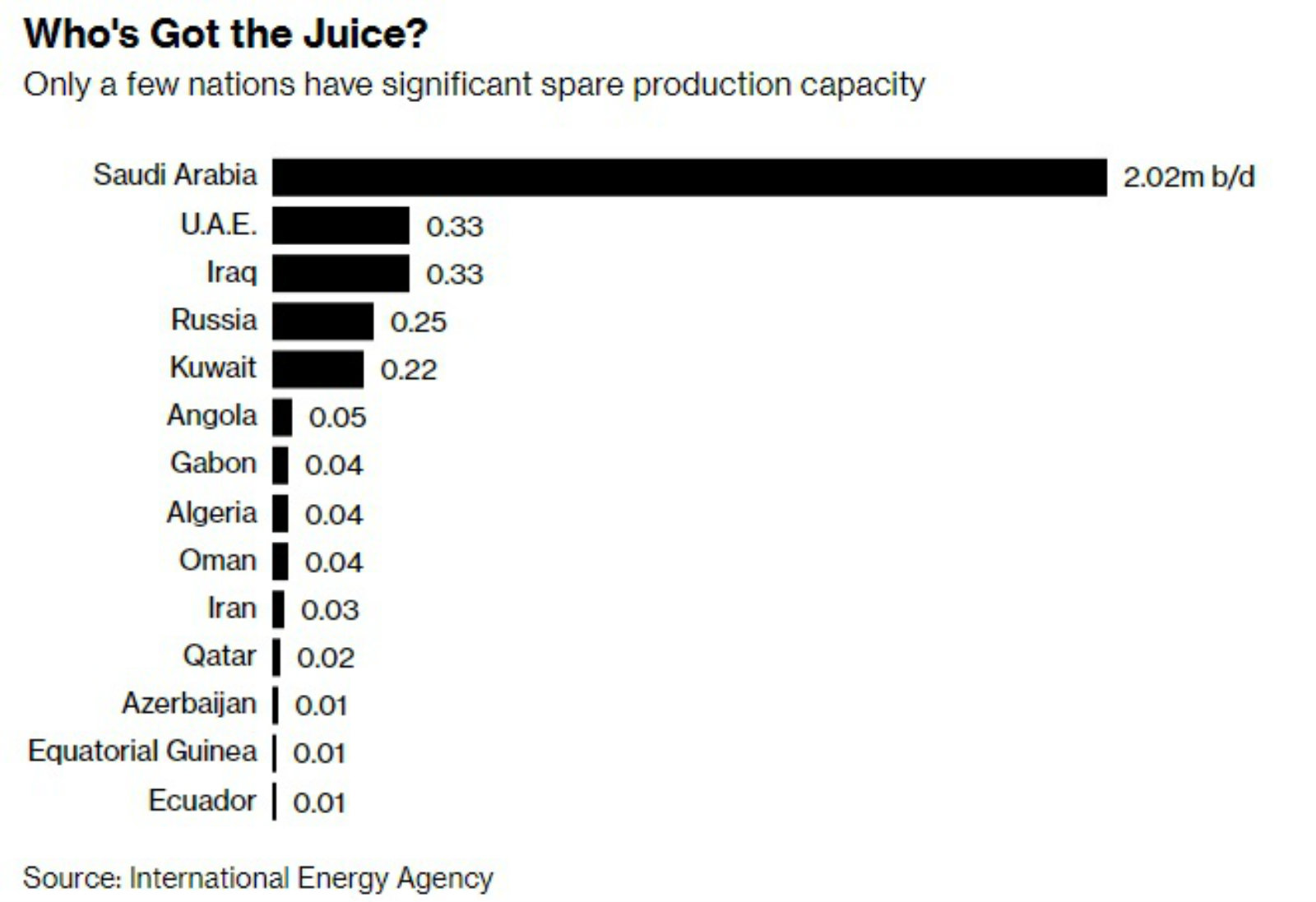 Egypt’s bid to tame its subsidy spending got a shot in the arm over the weekend after OPEC and other oil producers agreed to increase output starting next month, although the meeting in Vienna stopped short of outlining clear targets, Reuters reports. OPEC and other major producers said in a joint statement they intend to return to “100% compliance with previously agreed output cuts, after months of underproduction.” Saudi Arabian Energy Minister Khalid Al Falih said “OPEC and non-OPEC combined would pump roughly an extra 1 mn bpd in coming months equal to 1% of global supply,” with Saudi contributing “hundreds of thousands of barrels,” and Russia supplying an additional 200k bpd in 2H2018. “The only country that can increase production is Saudi Arabia, so its interpretation of the [pact] is the one that matters," Wood Mackenzie consultant and OPEC watcher Ann-Louise Hittle tells Bloomberg.

This is good news for Egypt, which has been hoping to see oil prices drop. Lower oil output had caused global Brent crude prices to surge above the USD 80/bbl mark. The strain of higher oil prices on the state’s FY2018-19 budget has been a growing concern for policymakers here and even saw the governmentconsider hedging strategies. Speaking at the OPEC gathering in Vienna, Oil Minister Tarek El Molla described the move on production as a “show of unprecedented global solidarity in order to achieve a balance in the oil market.”

Iran, however, was less pleased. Reuters says that the decision came “amid deep disagreements between OPEC arch-rivals Saudi Arabia and Iran,” noting that unlike Riyadh, Tehran has “little to gain” from increased oil production due to US sanctions passed down by President Donald Trump last month. The FT says Saudi had made a last-minute attempt to change Iran’s mind after Iranian Energy Minister Bijan Zanganeh threatened to derail the agreement .