Madbouly government sworn in; we have new finance and trade ministers 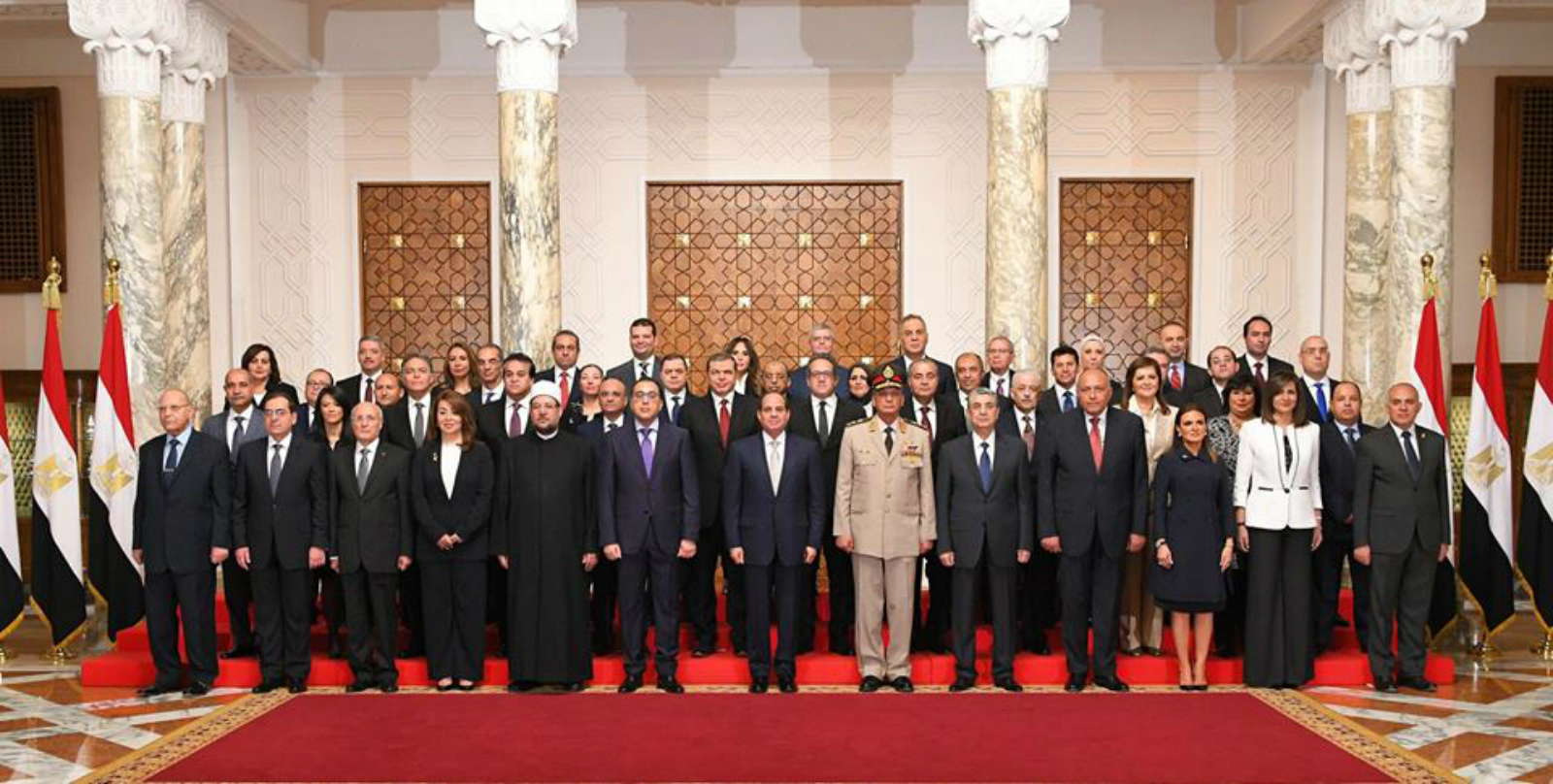 Meet your new government: The cabinet of newly-appointed Prime Minister Mostafa Madbouly was announced and sworn into office on Thursday in what stands as the largest cabinet shuffle since Prime Minister Sherif Ismail’s cabinet was appointed back in March 2016. In all, 12 new ministers entered cabinet.

Don’t mistake the breadth of the shuffle as signaling a new policy direction: This is a cabinet of continuity, and three themes will continue to dominate: economic reform, national security and investment in health and education. We got the first sign it would be “business as usual” on the economic front with the unveiling of fuel subsidy cuts on Saturday.

Key ministries get new bosses: The shuffle sees two new faces leading the national security apparatus and three key members of the economic team leaving government service. The ministers of interior and defense were both replaced, while our friends Amr El Garhy (finance) Tarek Kabil (trade and industry) both left, as did Khaled Badawy, who stepped down as minister of public enterprises, whose portfolio grew in importance with the rebirth of the privatization program.

Still in office: Supply Minister Ali El Moselhy and Investment and International Cooperation Minister Sahar Nasr will continue in office, and we won’t have a new housing minister: Madbouly retains that post while serving as PM.

And now, without further ado, we present the Madbouly Cabinet:

Finance: Mohamed Maait: Amr El Garhy’s lead on treasury affairs steps up to become minister. The longtime civil servant has a storied history of government service (pdf), including serving as acting head and then deputy chairman of the Financial Regulatory Authority back when it was still known as EFSA.

Deputies: Former World Bank economist and longtime friend of Enterprise Ahmed Kouchouk will continue to serve as Vice Minister of Finance for Fiscal Policy, according to El Dostor. Notable academic Ehab Abouaish (pdf) has replaced Maait as Vice Minister of Finance for Treasury Affairs, according to Youm7. Abouaish has served as the dean of the Faculty of Commerce at Cairo University since 2015.

Trade and Industry: Amr Nassar: Business executive and management expert Amr Nassar has served as a consultant and held policy development roles at industry groups. He is a former Secretary General of the Engineering Industries Export Council and a board member of the Automotive Division of the Federation of Egyptian Industries. Most significantly, Nassar was among the architects of the Automotive Directive, one of the key outstanding legislation of the ministry, according to a ministry statement. Nassar’s top priority as minister will be to drive sustainable industrial growth, he said in a statement. He will also continue to expand Egypt’s exports with a focus on key sectors while looking to expand SME industrial growth at home as per targets set out by the ministry’s 2020 strategy, he added.

Public Enterprise: Hisham Tawfik: We have another private sector appointment for the ministry with longtime business executive Hisham Tawfik, founder and CEO of solar energy and solar panel installation firm Cairo Solar. Prior to founding the company — which became the first private sector company in Egypt to sell solar power to the national grid — the finance industry veteran was the Chairman of Arabeya Online For Securities Brokerage and was a board member at Naeem Holding.

Defense: Lt. Gen. Mohamed Zaky: Zaky most recently served as head of the presidential guard following a career as a paratroop commander, according to the Defense Ministry. Zaky replaces Sedki Sobhi.

Interior: Gen. Mahmoud Kandil: Kandil headed up the homeland security branch of the Interior Ministry prior to his appointment, according to the ministry. Kandil replaces longtime minister Magdy Abdel Ghaffar.

Health: Hala Zayed: Prior to her appointment, Zayed headed up the education program at the 57357 Children’s Cancer Hospital. She also served as a board member of Al Azhar Specialist Hospital and a member of the Armed Forces College of Medicine’s education council, according to a statement from the Health Ministry. Zayed replaces outgoing minister Ahmed Rady. Her priority as minister is to drive implementation of the Universal Healthcare Act, according to Ahram Gate. Zayed made several key appointments at the ministry and state hospitals on Sunday, Al Masry Al Youm reports.

Agriculture: Ezzedin Abu Setit: The veteran academic has led numerous research projects, including on the deployment of sustainable and arid agriculture methods — a project funded through the Japan International Cooperation Agency (JICA), according to Al Shorouk.

CIT: Amr Talaat: Industry veteran and business executive Talaat rose through the ranks at IBM Egypt since joining the company in 1988 to become IBM Egypt’s General Manager in 2010, according to a ministry statement. He replaces Yasser El Kady. Talaat’s priorities going forward include improving quality of telecom and internet services in Egypt (thank God), and fostering entrepreneurship and human capital development, he said in a statement.

Civil Aviation: Younes El Masry: El Masry commanded Egypt’s Air Force prior to his appointment as minister, according to Al Shorouk. His priorities going forward would be to press on with the ministry’s program to expand airport capacity and EgyptAir’s fleets, he said during an inspection of Sharm El Sheikh Airport on Sunday.

Local Development: Mahmoud Shaarawi: Shaarawi joins the ministry following a career in the Interior Ministry, where her was most recently deputy minister for financial crimes, according to a ministry bio. The local press claims his most pressing priority is to ensure that the new taxi fares comply with last weekend’s directives nationwide, but…

Environment: Yasmine Abdel Aziz: Abdel Aziz has held numerous positions within the ministry, most recently as an adviser and assistant to outgoing minister Khaled Fahmy on international agreements, particularly those pertaining to the Paris Climate Change Accord. She also served as an international expert on the Nile Basin Initiative, according to a ministry statement. Her priorities moving forward include pressing on with developing the state’s waste management program.

Youth and Sports: Sobhi served as assistant Youth and Sports Minister following a stint as the marketing director for Zamalek football club, according to Ahram Gate.