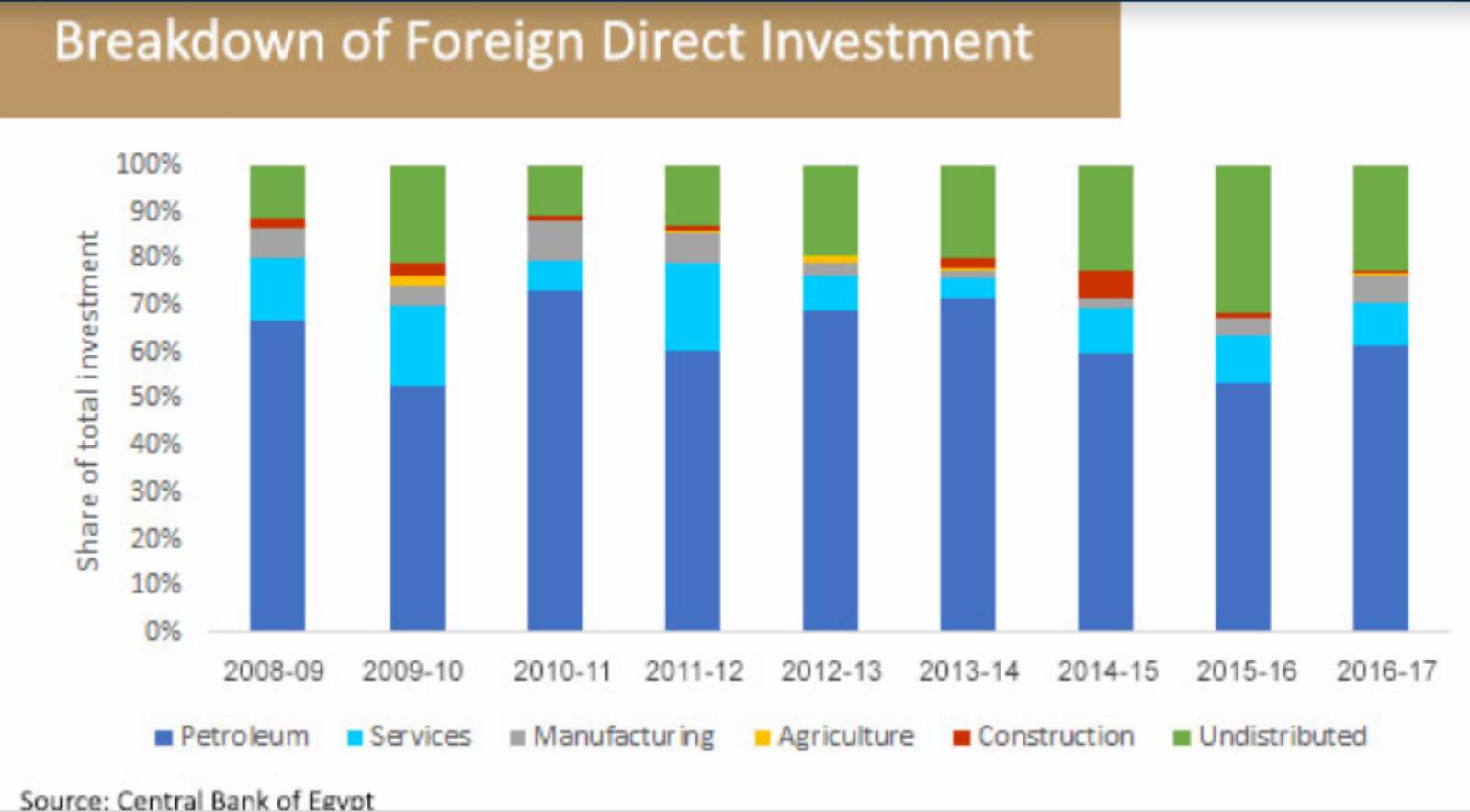 Carnegie Endowment says the government isn’t doing enough to improve FDI: The Carnegie Endowment for International Peace is taking a short-term view when it comes to how foreign direct investment has responded to the economic reform measures. “After eighteen months of turbulent economic changes, foreign investors have shown remarkably little appetite for long-term investment in the Egyptian economy,” writes Brendan Meighan. He notes that FDI has and continues to fall short of the USD 10 bn target set out by the government, citing CBE data showing FDI in the non-oil sector falling to USD 3.07 bn in FY2016-17, from USD 3.2 bn in FY2015-16. Meighan is dismissive of the government’s line that investors are waiting for the effects of reform to take place before committing to long-term investments, even though the reform process hadn’t really started until November 2016.

The argument is a wind-up to what we see as Meighan’s central point: The government and the armed forces hold too much control of the economy. Letting go of key sectors of the economy will unlock FDI, he suggests, dismissing in the same breath the government’s privatization program.