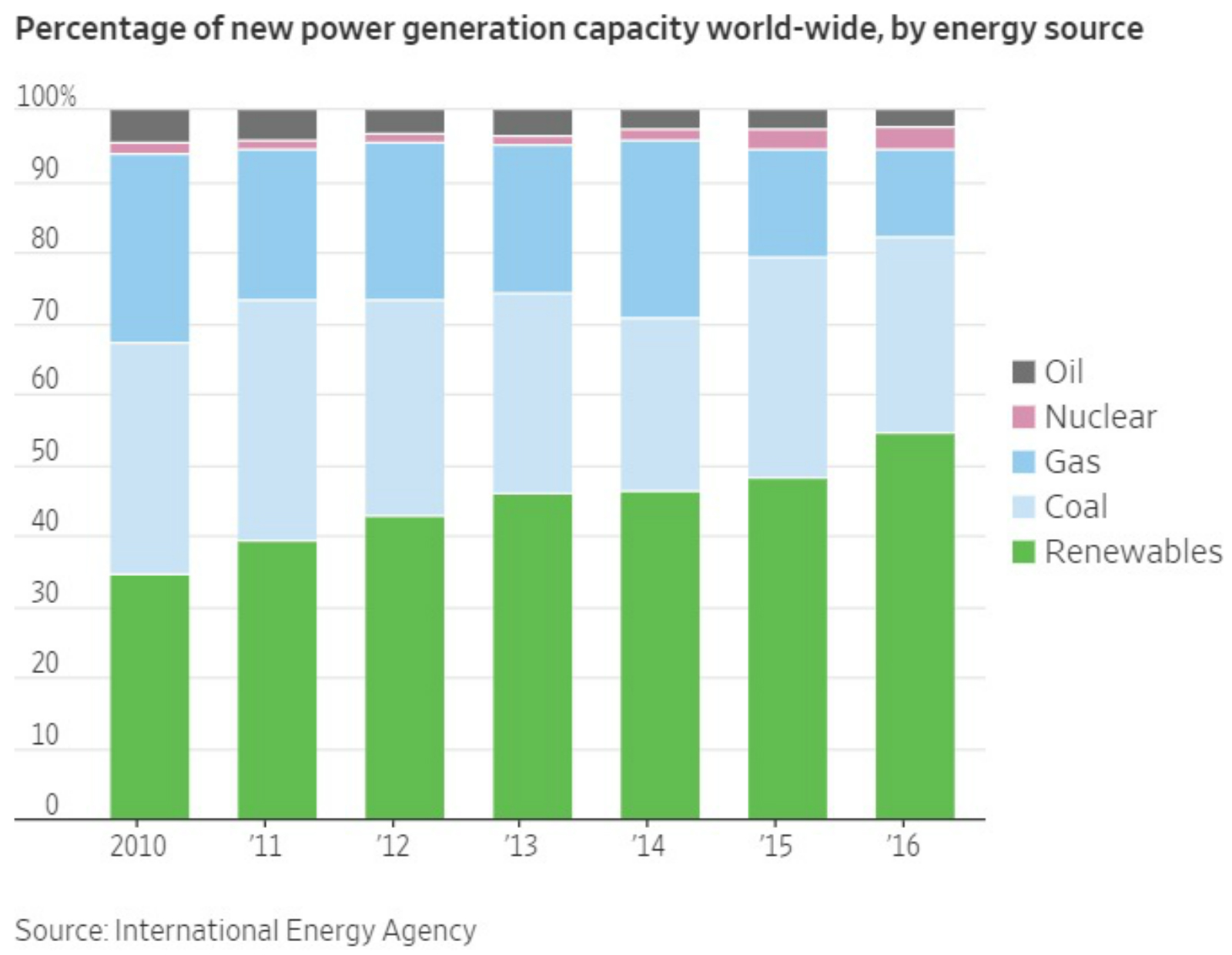 Investment in renewables has overtaken conventional energy sources: After years of government incentives such as tax breaks and subsidies, private investment in renewables has now overtaken that in fossil fuel and nuclear power, writes Russell Gold for the Wall Street Journal. In 2016, about USD 297 bn was spent on renewables — more than twice the USD 143 bn spent on new nuclear, coal, gas and fuel-fired power plants, according to data from the International Energy Agency (IEA). More than half of the power-generating capacity added around the world in recent years has been in renewable sources such as wind and solar, with IEA projecting that renewables will make up 56% of net generating capacity added through 2025.

It’s not just government support for the renewables industry that’s making a difference: Renewable costs have fallen so far in the past few years that “wind and solar now represent the lowest-cost option for generating electricity,” said Francis O’Sullivan, research director of the Massachusetts Institute of Technology’s Energy Initiative. Chinese government policies have also created a glut in the global market of very cheap and easily accessible solar panels. Innovation has also allowed wind power costs to fall significantly. With these lower costs, which are now comparable to those of fossil fuel sources, and threats to fossil fuel energy development from climate change policies in developed countries, it is perhaps not surprising that emerging markets are now increasingly looking to them for their energy needs.

You need look no further than here in Egypt to see the impact of this shift. The European Bank for Reconstruction and Development, the Asian Infrastructure and Investment Bank, and the International Finance Corporation have poured around USD 2 bn in investments in the Benban solar park alone. A EGP 3.5 bn solar park in the West Nile area is seeing interest from the likes of ACWA and Masdar. While the feed-in tariff program for wind has stalled, the Gulf of Suez area has already drawn interest from a host of major companies including Masdar, Engie, Toyota Tsusho, Marubeni and Siemens in developing wind farms there.