Our sit down with Ahmed Badr 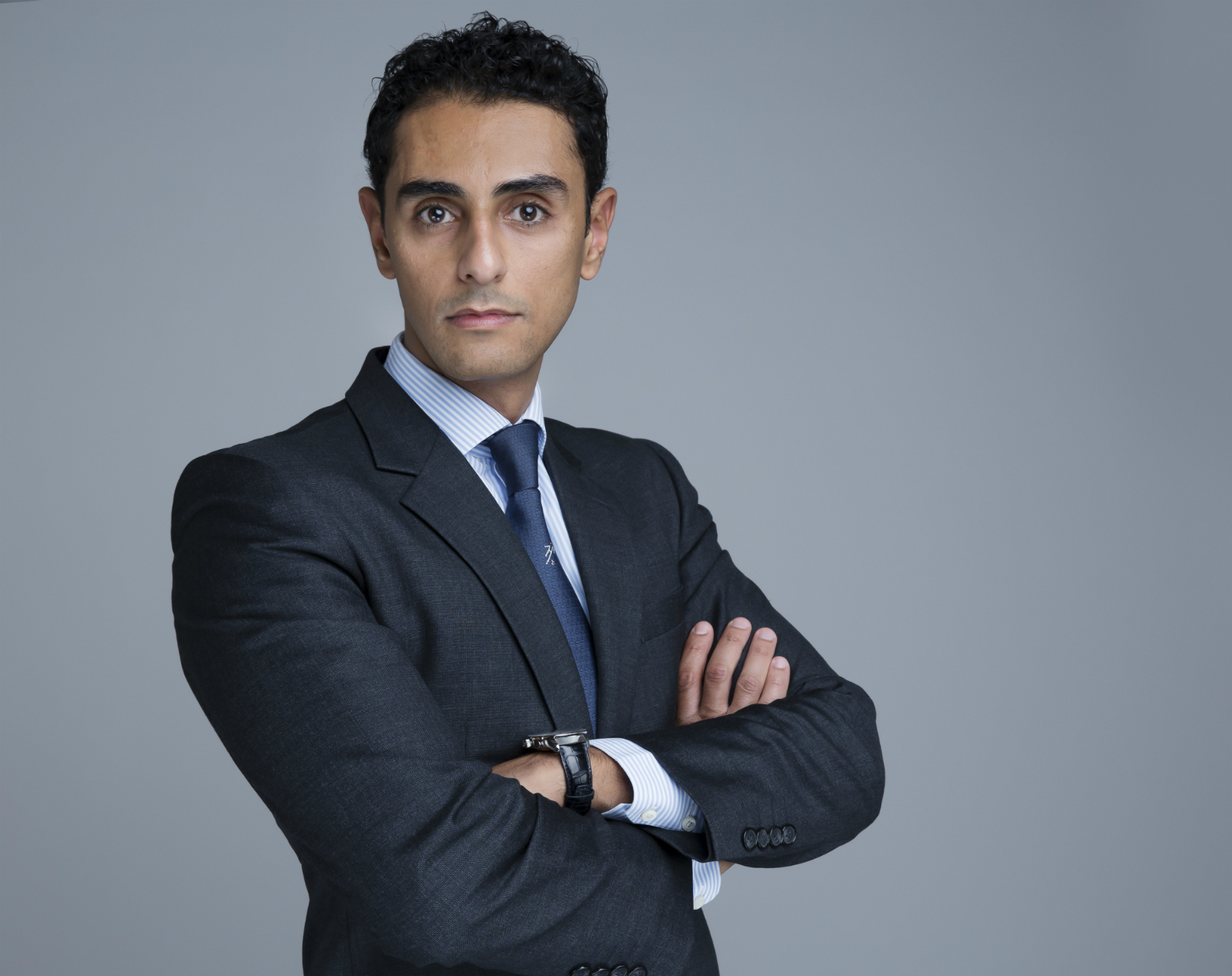 We spoke yesterday with Renaissance Capital MENA CEO Ahmed Badr ahead of his Egypt conference in South Africa, picking his brain on the essentials of Egypt, Saudi Arabia, and the finance industry post-Mifid II. Edited excerpts:

Fear not the flight of the carry trade: We think the central bank will cut another 200-300 bps between now and the end of the year. There is no need to be too concerned about losing the carry trade, which is still going to stay. When looking at yields in the bond market anywhere in the world, there aren’t many attractive opportunities. Even with the cuts, Egypt still attractive for fixed income investors. Obviously, we will reach a point when the carry trade will fade away, something even the government would welcome at some point. We think it’s all about a shift from the “hot money” (an accurate term in my mind) and portfolio investors who are buying T-bills or just parking money in whatever instrument there is available, towards equities and FDI. We’re in that transitional phase now, which is key and positive provided that there is an attractive landscape for investors, local or foreign.

Is Egypt ringing out among investors on the strategic level? Indeed. There’s a lot of interest from clients who have never looked at Egypt before. As a matter of fact, we’re hosting a large group of investors in Cairo in the next few weeks.

And this interest is across the board. Banks are still very attractive. Everyone favors them, even though they are very conventional. We’re also seeing a lot of interest in the consumer sector — a call we made back in January 2017 when we said consumer companies would do better than people think thanks to the sheer size of the informal economy. Healthcare is garnering interest, even though it still presents regulatory challenges for foreign investors. Nonetheless, South African healthcare investors are attending our annual Egypt investor conference for the first time in two years. The next-best-thing is education, even though it is similarly challenging for foreign investors because of the regulatory environment. We don’t see education taking off this year, but it could in 2019.

A real estate bull growing quiet? Everyone has been bullish on real estate for a long time now, and I was among them for a long time. I’m not so much now. It will do well in the short-term as interest rates come down and people move their cash into properties. However, I’m getting concerned because, over the past 10 years, people have been moving their money out of banks and into properties, driving up prices to a point where people — investors, not people owning to live in the properties — probably already own more than they can afford. There remains genuine demand, but the prices have pushed the market towards investors rather than homeowners.

An alarming trend: I’m also finding the way many of the smaller developers are pushing payment terms over eight and 10 years quite alarming. We won’t see a crash in prices as the Egyptian market is a cash market. What ends up happening when there’s a sign of a bubble in this type of landscape is that transactions dry up completely. I see these starting to dry up over the next 12 months. So share performance is likely to be strong in the short term, but in the long run I see the sector struggling. That’s why transactions such as the potential merger of Madinet Nasr for Housing & Development and SODIC makes a lot of sense for both sides.

Why Ahmed doesn’t like cement: One industry we do not favor is cement, and it comes down to the glut in the market. Even with the real estate boom, it’s in oversupply, and this is driving some foreign companies to consider exiting. This is not to mention the fact that our traditional regional export markets have fallen on hard times.

The 2018 MENA trade: Out of UAE and Qatar and into Egypt KSA: From a regional perspective, Egypt and Saudi Arabia are the only two markets that I favor and believe they will actually do well in the whole of MENA. They’re the only reform stories in the region at the moment, and they’re both long-term. I’m not bullish on Qatar or the UAE at all, and you can see now that liquidity in these markets has dried up. We’re advising clients to look more attentively at Saudi Arabia and Egypt and be less focused on UAE and Qatar. That is the trade for 2018.

Why KSA is the flavor of the year: With Saudi Arabia, the political issues are now behind us, but more importantly, there is the potential MSCI upgrade to emerging market status as early as the end of May. Coming on the back of the FTSE EM upgrade, investment banks are really pushing Saudi Arabia as the key trade. When the impact of the MSCI upgrade takes full effect in May 2019, it will very likely attract about USD 14 bn in passive flows that just follow the index – and that’s very conservative estimate. I think it could be substantially more.

Saudi Arabia is a huge consumer market. The underlying challenge was that purchasing power went the way of falling oil prices, but that’s reversing with oil hovering now at USD 70. Saudi Arabia is adamant on pushing oil prices higher, OPEC is adamant about it, too. It doesn’t have to hit USD 80, as some analysts have been saying. Oil analysts rarely get the price right. Keeping the pricing sustainable at around current levels makes a lot of sense for the country. Saudi Arabia is not only a reform story that’s shifting its economy from hydrocarbon to non-hydrocarbons, but one that is getting a boost from stronger oil prices as it does so.

Is there a deleveraging story at play for Egypt? Not for the private sector yet. Companies were previously looking to borrow, but at high interest rates that didn’t make much sense. Even if they had gone to the international capital markets, it would still be the same. Now, with local interest rates going down, it is much easier to raise USD debt for Egyptian companies. There is more confidence in the economy and more confidence in the currency. There’s actually demand for local currency debt, which is something we’re exploring and that hasn’t happened in a very long time. We’re advising on several USD issuances and exploring LCY.

RenCap has mandates in hand: There is appetite among local companies to go into the debt market right now, and we have live mandates being executed as we speak — one of which is expected to close in May and which our special situations team is working on.

On the impact of Mifid II: Mifid II in general has changed the face of the industry significantly. When you’re a player that knows its niche as we do — as an EMEA frontier specialist — you are in a better position. The challenge is that we need to continue being niche, so we’ll continue to focus on markets like Egypt. When you look at our international competitors, they shy away from places like Egypt.

In Egypt to cooperate, not compete: We’ve been licensed in Egypt for the past five months and the official opening of the office will take place in the next month. We currently hold key licenses for underwriting and promoting IPOs and plan on becoming a fully licensed investment bank across all operations in Egypt, with the exception of brokerage services, where we will trade through local partners. On the research side, we’re getting building out a team of three analysts led by Ahmed Hafez. We currently have two investment bankers, and are expecting to grow the team to five by the end of June. The roll-out of our Egypt operations is in line with our strategy to expand the firm’s frontier markets offering which has already proved successful. That’s clear in our FY2017 results, where we reported 43% year-on-year growth in net profit (pdf) to USD 15.6mn coming from increased activity in our core EM and frontier geographies.

Even at this size we are able to balance our local team with our global distribution platform. Our Egyptian business will call on team members in places such as Moscow, London, and New York. Access to this kind of global expertise is really what differentiates us from local or regional platforms. Even though our local team has this international force behind it, we’re not going to shy away from working with local investment banks, too.

What am I reading? I just started reading Jordan Belfort’s the Way of the Wolf, where he talks about how he turned a bunch of mediocre people into sales geniuses. It’s not the Wolf of Wall Street story, but about how to turn anyone into a great salesperson. It’s aggressive, because he’s half-crazy, but it works and it’s very entertaining. The most interesting recent movie I’ve seen is the Winston Churchill biopic The Darkest Hour. At one point Churchill says, “Those who never change their minds, never change anything.” A quote I find fitting in our business.