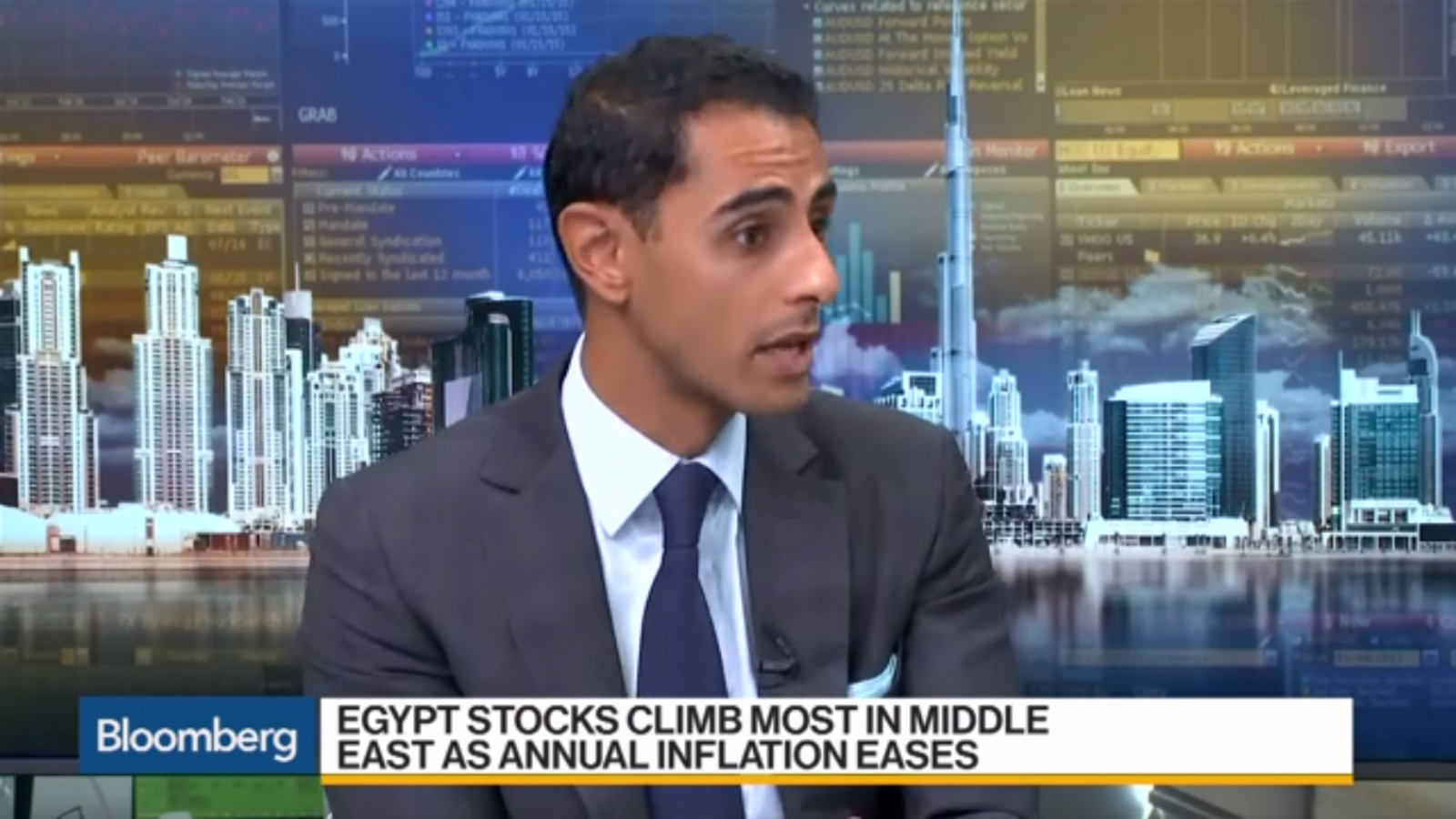 Renaissance Capital MENA CEO Ahmed Badr believes Egypt’s central bank could slash interest rates by another 100 bps at its 17 May meeting despite expectations of inflation rising temporarily in July as the government further reduces energy subsidies.

Real estate stocks in favour? Interest rate cuts are shifting investor focus to real estate stocks, which Badr told Bloomberg TV is only natural. He warned, though, that Egypt’s real estate market is “overheated” and “fragmented … there’s too many developers now. That’s why I think consolidation in the market is something very important. We started seeing signs of it when Madinet Nasr Housing and Development might be considering a merger with SODIC.” Egypt stocks climbed the most in the Middle East last week on the back of cooling inflation levels cool, he noted .

On the regional equities fronts, strategic foreign investors have been moving to Egypt and Saudi Arabia and away from markets such as the UAE and Qatar on the back of their respective reform stories, says Badr. Saudi’s expected emerging market classification by the MSCI, which he calls a huge liquidity event, will continue to drive inflows there, especially as foreign ownership ratios there are small and have room to grow.

In terms of the regional bank space, Saudi is where you want to be, despite Qatar National Bank announcing that it can ride out the impacts of the blockade, Badr said. This primarily comes on the back of an expected emerging market classification by the MSCI and US interest rates moving up, he added. You can catch the full interview here (watch here, runtime: 5:45).