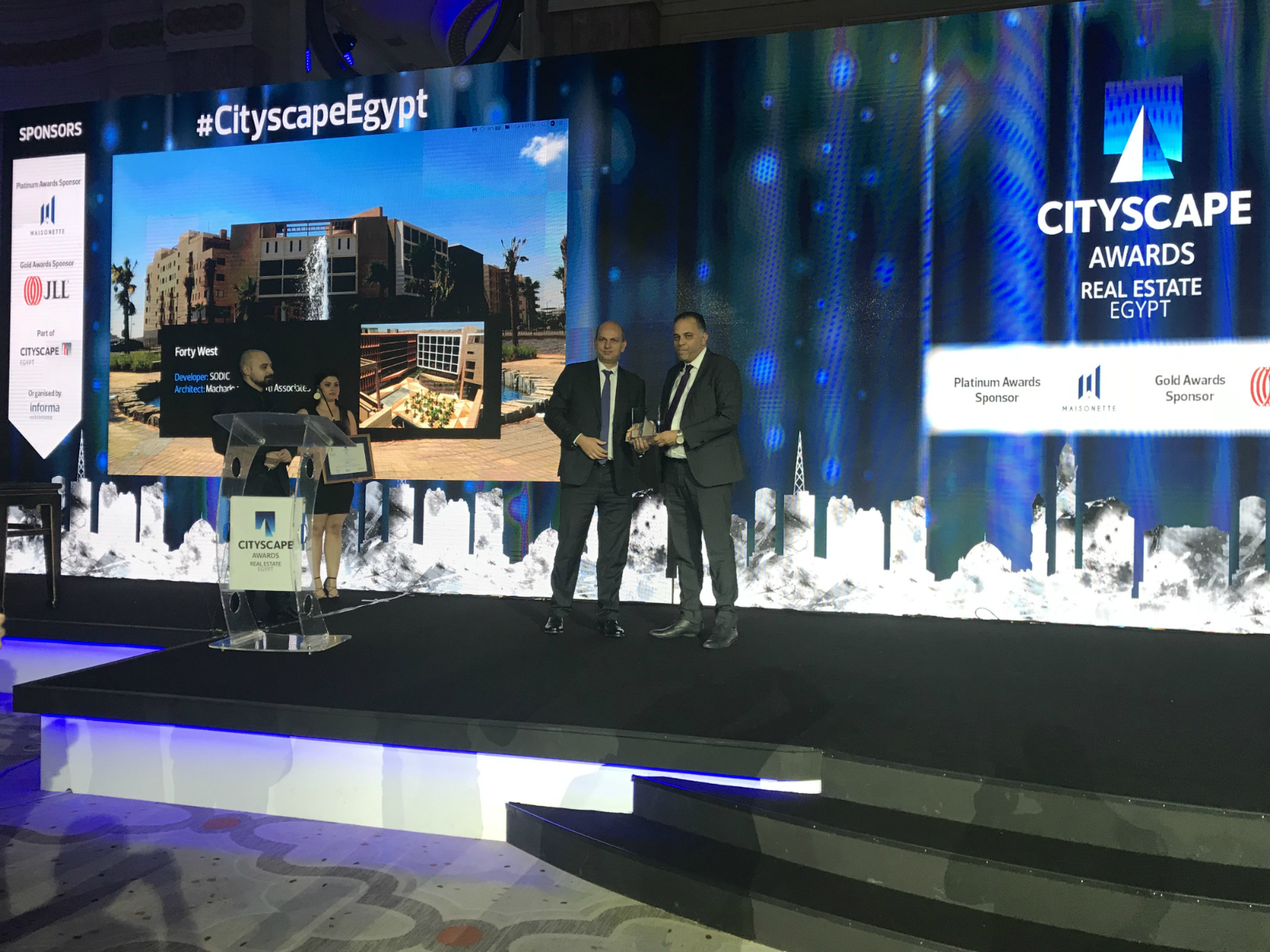 Our friends at SODIC took home hardware from Cityscape for Best Low to Medium Rise Built Residential Project. The team won for the company’s Forty West project, SODIC said in a press release (pdf). The project, which was launched in 2009, was designed by Boston-based Machado and Silvetti Architects, while Eklego was responsible for interior designs. “Located in the heart of SODIC West, Forty West is recognized for its outstanding design set on a vibrant 2,500 square metre piazza, making it a truly unique destination.”

Elsewhere in the world this morning:

Instability emanating from the White House of late appears to be unsettling global equity markets. The S&P 500 ended 0.6% lower at 2,749, while the Nasdaq index slipped 0.2%, the FT (paywall) reports. The Dow Jones Average fell 1%. Recent events in Washington remained the key driver for equities, as the ousting of Secretary of State Rex Tillerson continued to reverberate around the markets. This has only been aggravated by reports that the Trump Administration is seeking to impose tariffs of up to USD 60 bn on Chinese imports.

…This is looking good for those betting on a rising VIX, as the CBOE Volatility Index jumped 5.38%.

CNBC pundit Larry Kudlow will replace Gary Cohn as The Donald’s top economic advisor. We’ll link to CNBC on this, naturally enough, while the FT and the Wall Street Journal also have coverage.

This comes as the US Senate is about to pass the so-called “Crapo” bill, which Business Insider is dubbing “the biggest rollback of Wall Street regulations since the financial crisis” in its very solid rundown on the proposed changes.

Germany’s Angela Merkel was given a fourth term as chancellor in a very tight vote at parliament, DW reports, ending 171 days of waiting for her to assemble a “grand coalition” with the Social Democrats. She got her government, but can we please tell her she can’t scupper our automotive directive?

The US business press is really trying to make something out of the 10-year anniversary of Bear’s bailout, with the Wall Street Journal writing this morning that “the seeds of instability are germinating again … a big financial-firm collapse in near future is exceedingly unlikely, but another crisis isn’t.”

The UK has ordered the biggest expulsion of Russian diplomats since the height of the Cold War after claiming Moscow used a nerve agent on British soil to kill a former Russian spy and his 33-year-old daughter, BBC reports.

More than 1 mn students from kindergarten to high school walked out of class yesterday in the United States to protest gun violence.

Falling rents in Dubai show “diminished faith” in a property rebound in the emirate, Bloomberg writes.