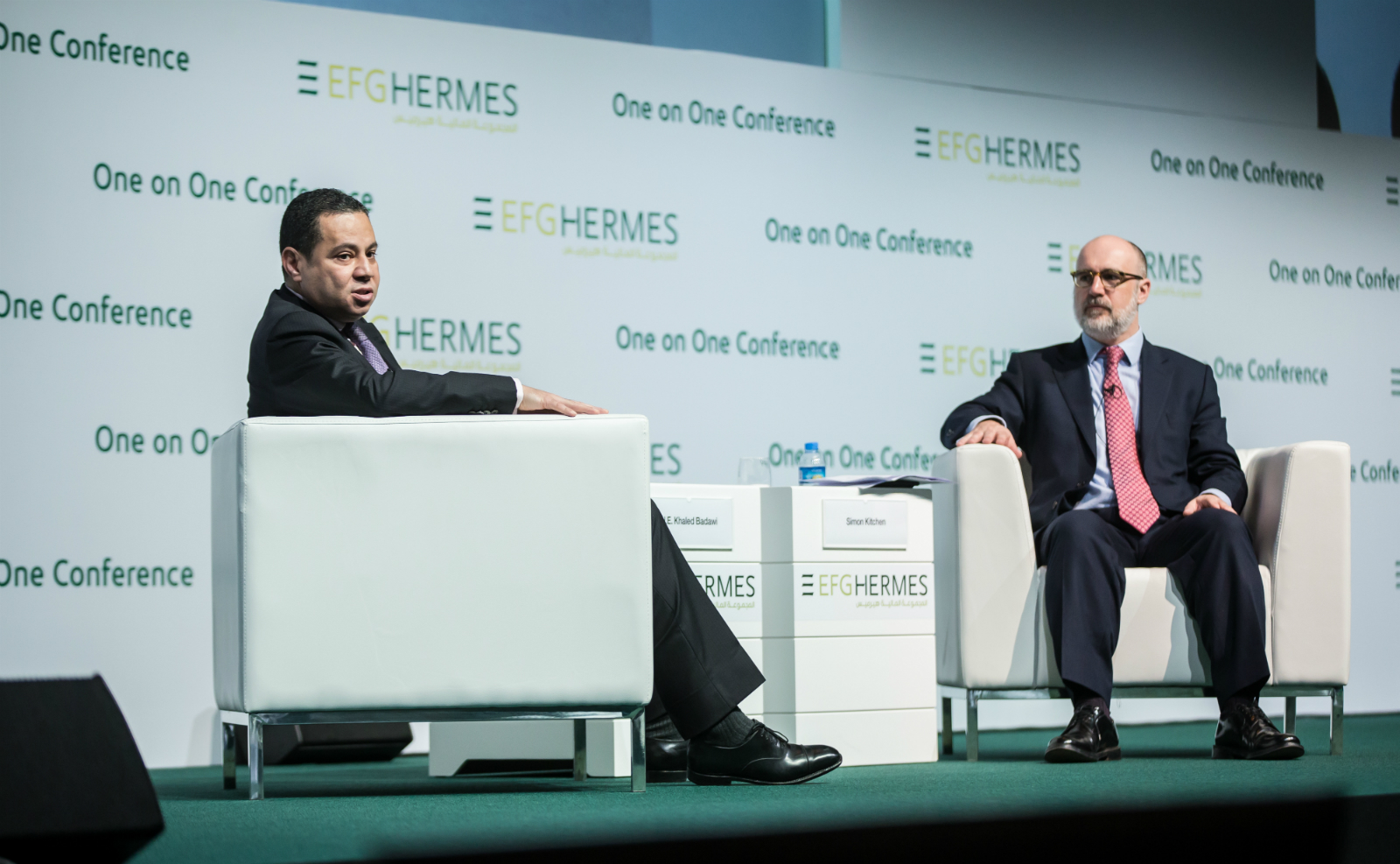 A more private sector oriented Public Enterprise Ministry: The opening session of the conference was an interview with Public Enterprises Minister Khaled Badawy, who we are pleased to say is taking a much friendlier tone toward the private sector than we’ve heard from the 20-year-old ministry in … well, forever. The current central philosophy to the ministry, which comes off the back of the Egypt’s wider reform agenda, is the need to bring private capital into public enterprises. Badawy would also like to see more private sector management principles ingrained in state companies, by making them more profit-oriented and reliant on key business indicators and avoiding production for production’s sake.

The ultimate goal? To get state-owned companies outside the direct influence of bureaucrats and into the hands of investment professionals. He sees the long term plan for state managed assets to be placed under a sovereign wealth fund. Plans for an Egypt sovereign wealth fund are still down the road. Badawy named the bureaucratic old guard and its rigidity as a major challenge to reforming the sector. Egypt, however, has learned from the mistakes of privatization in the 1990s and is better equipped now to meet these challenges.

Raising the private sector’s involvement: Work on expanding the private sector’s role in the economy will, in the short term at least, be through the state IPO program. Badawy confirmed that 10 companies currently have slated for listing, though he did not detail which ones, saying the Finance Ministry would be responsible for the program and will make the announcement. He sees the government holding a controlling stake of at least 51% in each company brought to market—for the time being. Down the road, he expects all government owned shares in state-owned enterprises to be traded in the market through various investment vehicles, whether that’s the EGX or a sovereign wealth fund.

Restructuring before selling stakes: But before we can make these companies attractive to investors, they need to be reformed.

Which sectors? Badawy pointed several times to textiles, steel, automotive (specifically, the components industry), logistics and construction. He also sees petrochemicals as an attractive sector considering the boom in natural gas Egypt has seen of late. Badawy noted that out of 121 state companies, 48 are losing money. Some of these, particularly textiles, have substantial assets — with the public sector textile companies having assets totaling almost EGP 100 bn. Some of these would need to be sold to help bring companies much needed liquidity to fund their restructuring.

Legislative reform is also in the works. The current laws governing the Public Enterprises Ministry will need to be amended to bring it line with the goals of other legislation, such as the new Investment Act and the upcoming Automotive Directive.

What’s the status on a sovereign fund? Badawy told delegates that “The idea of the fund is being discussed internally and is in its early stages,” he said, but we had been under the impression from senior policymakers that it was far more advanced than that. His comments came a day after Planning Minister Hala El Said also said the government was interested in setting up a sovereign wealth fund, without providing more details.

“Governments should not, in my personal opinion, manage profit-oriented companies. If the government wants to own an asset, it should be through a sovereign fund managed by professionals.” —in response to a question on which sectors the government should directly manage.

Speaking on the public’s aversion to privatization, Badawi said: “We had a problem approaching the IPO program, but we have passed that stage. The government has taken aggressive reforms over the past couple years. It had an impact on the mindset, and people took it well.”