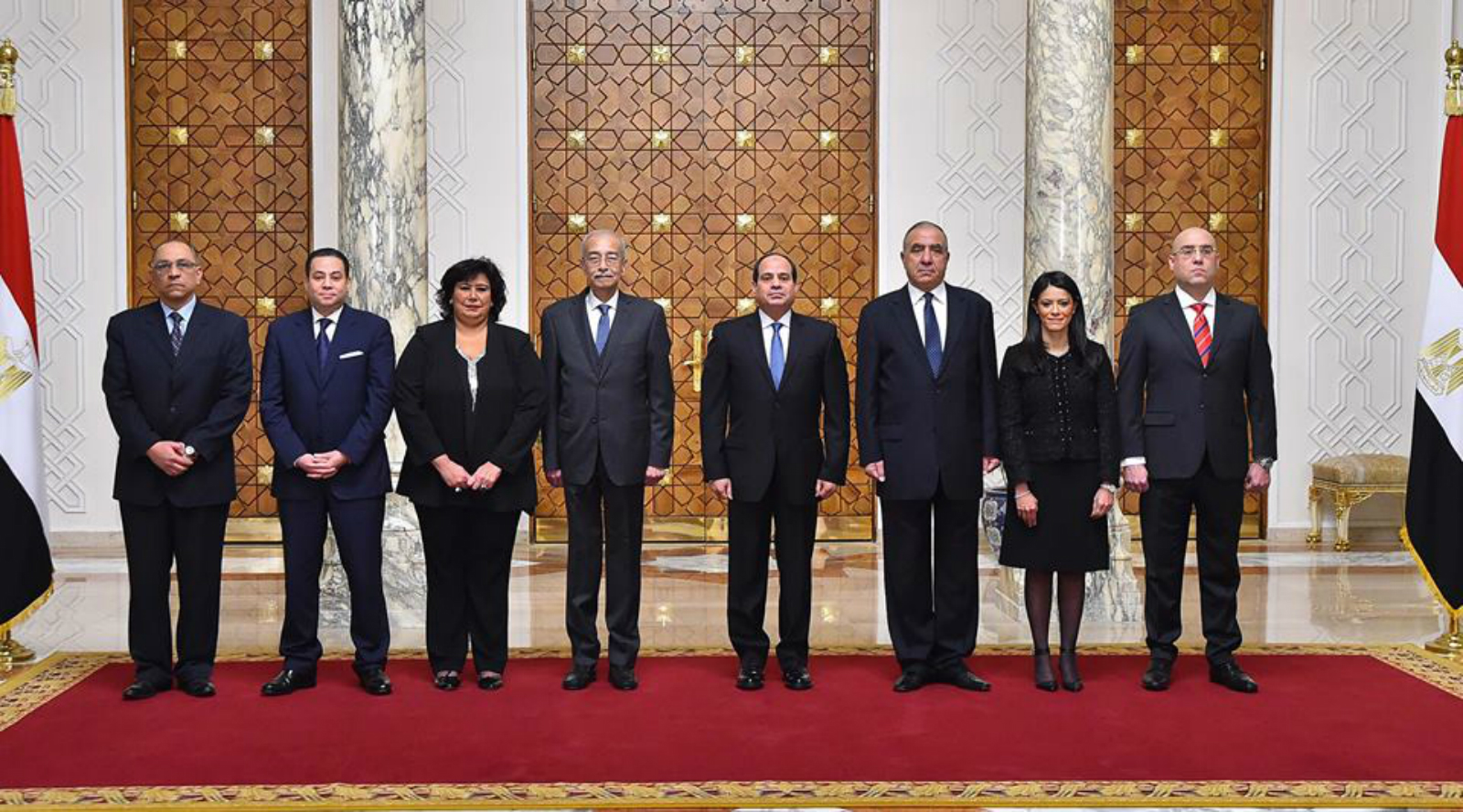 Those joining cabinet are:

Also announced with the shuffle was the appointment of Assem El Gazzar as Deputy Housing Minister and Tarek Tawfik as Deputy Health Minister. The appointments were speedily approved by the House of Representatives, but the decision came straight from Ittihadiya, according to House spokesperson Salah Hassaballah.

Prime Minister Sherif Ismail remains in office, with sources confirming that he will continue to lead the government for the time being. Housing Minister Mostafa Madbouly will continue to serve as interim PM while Ismail recovers from surgery.

Please correct us if we are mistaken, but by our count, the current cabinet has the largest representation of women in Egypt’s history. The story is making international headlines with coverage on Reuters and Bloomberg, among others.