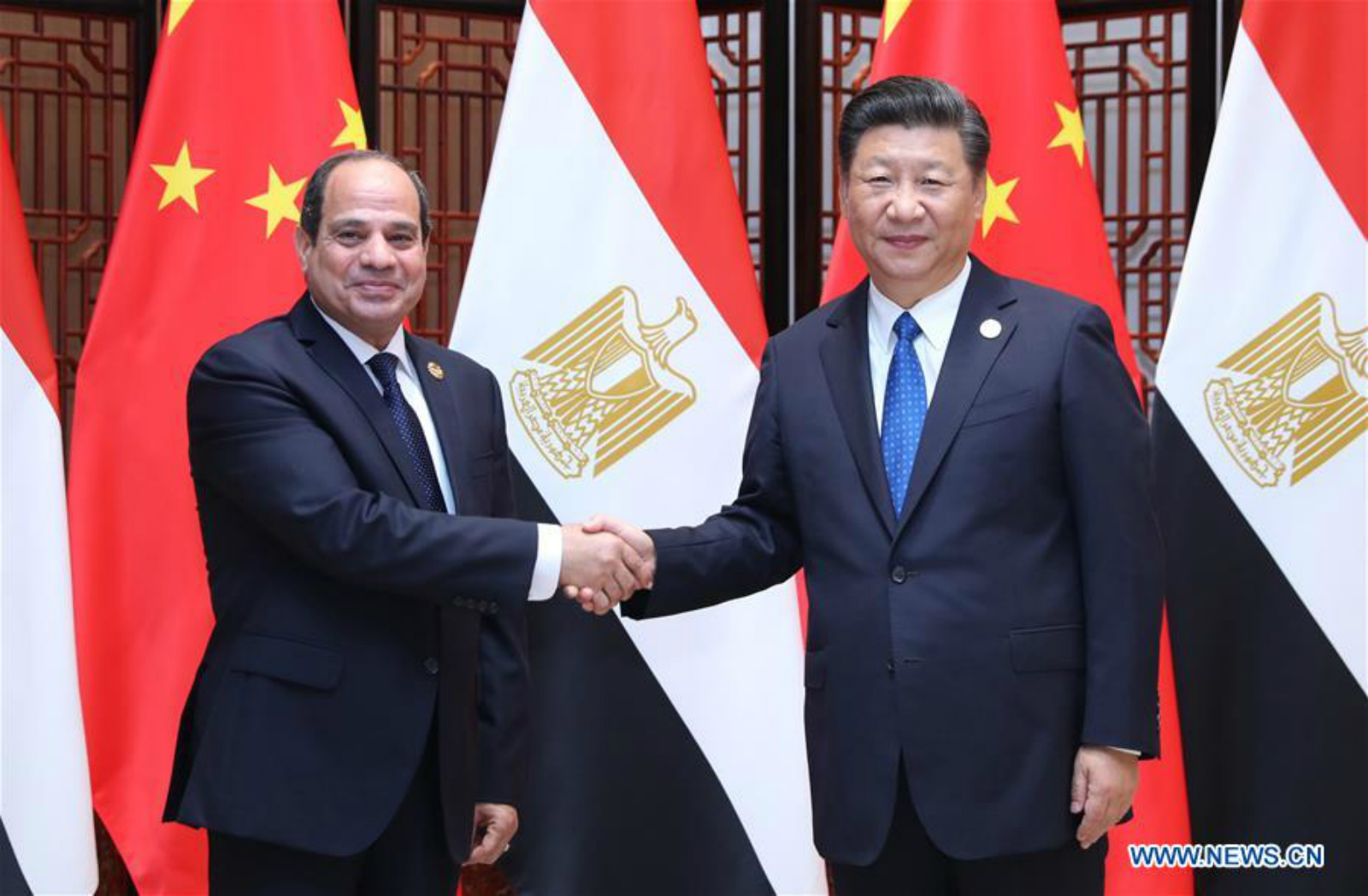 Egypt inks major agreements with China at the BRICS Summit: Egypt and China inked a number of agreements on key strategic projects on the sidelines of the 2017 BRICS Summit in Xiamen, the likes of which we haven’t seen since Chinese premier Xi Jinping’s visit to Cairo last year.

The most notable of these was for USD 739 mn in funding for the first phase of the electric railway projectlinking Salam City with the new administrative capital, according to a statement from Ittihadiya (pdf). The signing came with the announcement that the Export-Import Bank of China has approved funding the project’s second phase to the tune of USD 461 mn, bringing the total funding of the project to around USD 1.2 bn, Transport Minister Hisham Arafat said, according to Al Borsa.

This comes as the Asian Infrastructure Investment Bank (AIIB) pledged up to USD 210 mn in debt financing to fund renewable energy projects, the bank said in a statement yesterday. The funding will be used to develop 11 solar power plants with a total capacity of 490 MW, under phase two of the feed-in tariff program. The International Finance Corporation is also helping fund the project “and attracting additional lenders from the private sector and bilateral financial institutions.” The plants will be developed by TAQA Arabia Solar Energy, SP Energy, Phoenix Power 1, Winnergy, Arinna Solar Power, ARC Renewable Energy, Delta Renewable Energy, Alcazar Energy Egypt Solar 1, TBEA Enara, Enara SunEdison, and Al Subh Solar Power. “We are supporting this project because it contributes to Egypt’s renewable energy capacity, and it will help position the country as a regional energy hub, which will have economic benefits for the entire region,” says D.J. Pandian, Vice President and Chief Investment Officer of the bank. CNBC has taken note of the story, as has the UN’s Climate Action Programme.

Other MoUs signed include a USD 45 mn technical grant for the launch of a new satellite and an agreement on security cooperation, said Ittihadiya.

More agreements with China on the horizon: We are expecting to hear soon of the signing of a USD 13.5 bn contract with China Fortune Land Development Company to develop sections of the New Administrative Capital. Talks to finalize the long-awaited contract are in their final phase, government sources tell Al Borsa. The state-run Egyptian Countryside Development Company (which runs the 1.5 mn feddan land reclamation project) said it expects to sign an MoU with a Chinese partner during the expo to collaborate on growing long-staple cotton in Egypt, the newspaper reports. Trade and Industry Minister Tarek Kabil, who is sticking around in China to continue bilateral trade talks today, held a high-level meeting with the China Development Bank to discuss funding for Chinese projects in Egypt, particularly in electricity generation and transport. He is also expected to kick-off the 2017 China-Arab States Expo today, where Egypt is the guest of honor.
President Abdel Fattah El Sisi also met with a number of senior Chinese company executives yesterday, inviting them to invest, particularly in the Suez Canal Axis, according to an official statement. El Sisi’s second speech at the Summit, which he delivered yesterday (pdf), also centered on the same topic. Ittihadiya said Chinese executives are particularly interested in infrastructure, transport, and renewable energy.

El Sisi also held cooperation talks with Indian Prime Minister Narendra Modi (pdf). The two sides agreed that a joint ministerial committee will begin preparations for Modi’s planned trip to Cairo. Modi said on his Twitter he was “delighted” to meet El Sisi and discuss “further strengthening our historical ties with Egypt.” Also on the agenda was a meeting with South African President Jacob Zuma (pdf), who Sisi invited to attend the Africa 2017 forum in Sharm El Sheikh in December. The two discussed counterterrorism and a Cairo-Cape Town highway project.