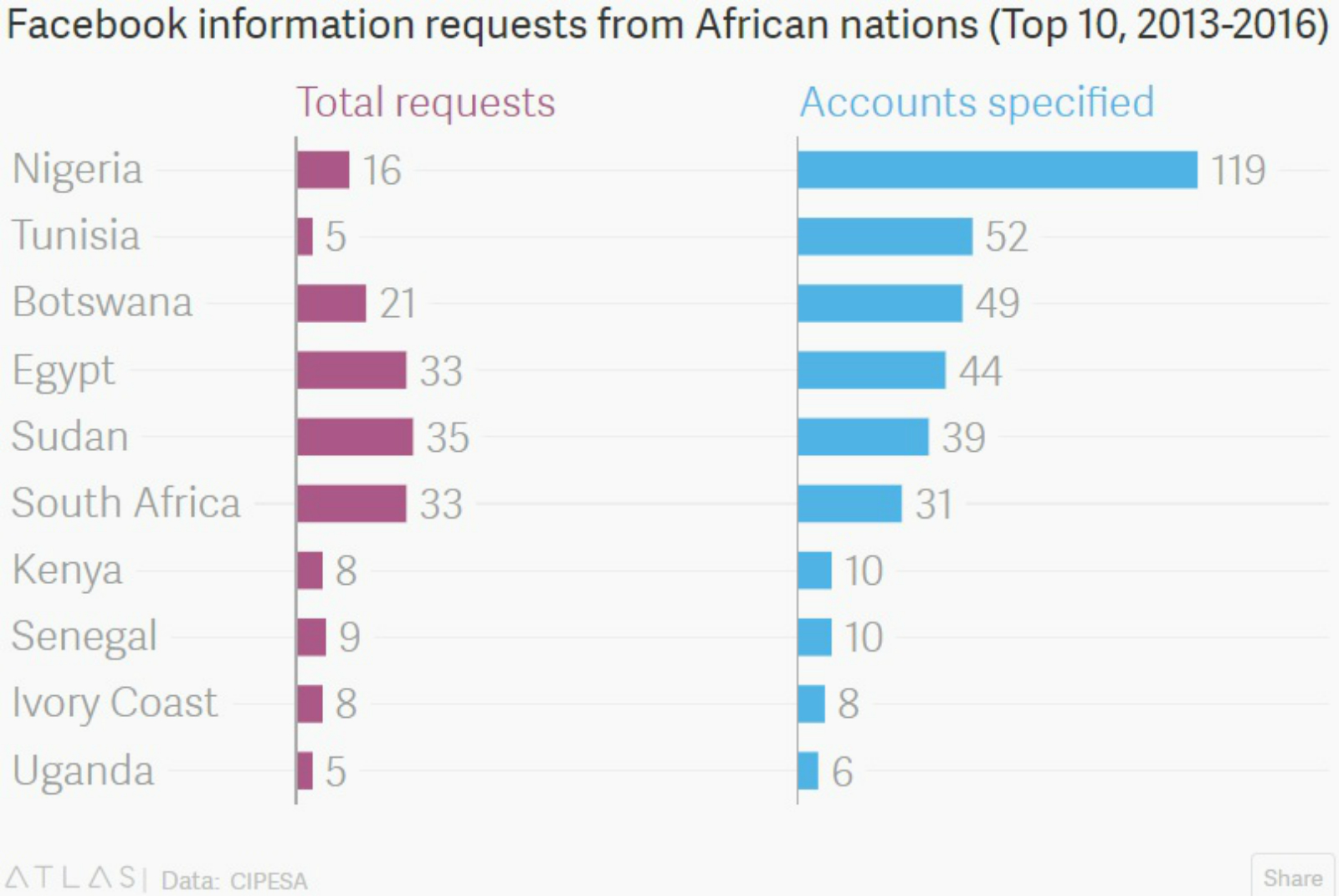 Requests for social media user data by African governments accelerated between2013 and 2016, according to the Collaboration on International ICT Policy for East and Southern Africa (CIPESA), a group focused on internet policy on the continent. Egypt, South Africa, Nigeria, Sudan, and Kenya have all consistently requested user information from Google, Facebook, and Twitter, according to a report put out by CIPESA (pdf). Egypt was one of the top four African nations who have requested user data from Facebook, alongside Nigeria, Tunisia, and Botswana. Egypt was also among the top five African countries requesting data from Google.

On a related note, Uber is reportedly pulling a feature from its app that allows the company to track riders for up to five minutes after ending the trip, the company’s chief security officer Joe Sullivan tells Reuters. While the newswire speculates that the move comes as part of the company’s strategy to reshape its tattered reputation which led to the downfall of CEO Travis Kalanick, Sullivan insists that the move is just part of his team’s work to beef up customer security. There had been allegations that Uber’s “God View” was used to track a journalist who has been critical to the company. The move to tighten customer privacy comes amid allegations that Egypt has been asking Uber and its biggest local rival Careem to provide it with user data. Sharing of this data may be mandatory for the company, as the New York Times had reported that the new Ride Hailing Apps Act would oblige these companies to provide the government with user data.