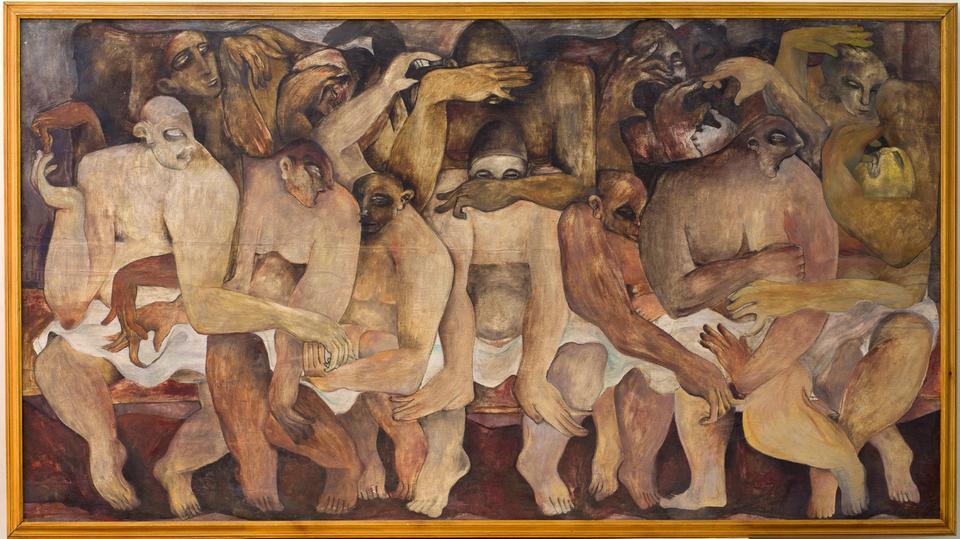 Egypt’s artistic Belle Époque: Catherine David of the Musée de l’Art Moderne in Paris invited curators Sam Bardouil and Till Fellrath to put together the show Art et Liberté: Rupture, War and Surrealism in Egypt (1938-1948) at the Centre Pompidou. Harper’s Bazaar Arabia’s Roxane Zand says the project focused narrowly on the decade which was possibly the “most seminal” in Egyptian art history. Zand provides the historical context “founded on December 22, 1938 upon the publication of a manifesto entitled Long Live Degenerate Art, a collective of surrealist artists and writers working in Cairo provided a restless generation of artists, intellectuals and political activists with a heterogeneous platform for cultural and political reform. Art et Liberté became globally engaged in its defiance of Fascism, Nationalism, and Colonialism. The group also played an active role within an international network of surrealist writers and artists, proposing a new and particular definition of Surrealism itself. Through this definition, ‘Subjective Realism’ was born, and achieved a contemporary literary and pictorial language that was as much globally engaged as it was rooted in local artistic and political concerns.”

Art and Liberty: Rupture, War, and Surrealism in Egypt runs until 16 January 2017 at Centre Pompidou, Paris.