Why shipping and logistics companies are suffering during covid-19, despite traffic remaining stable at Egypt’s ports 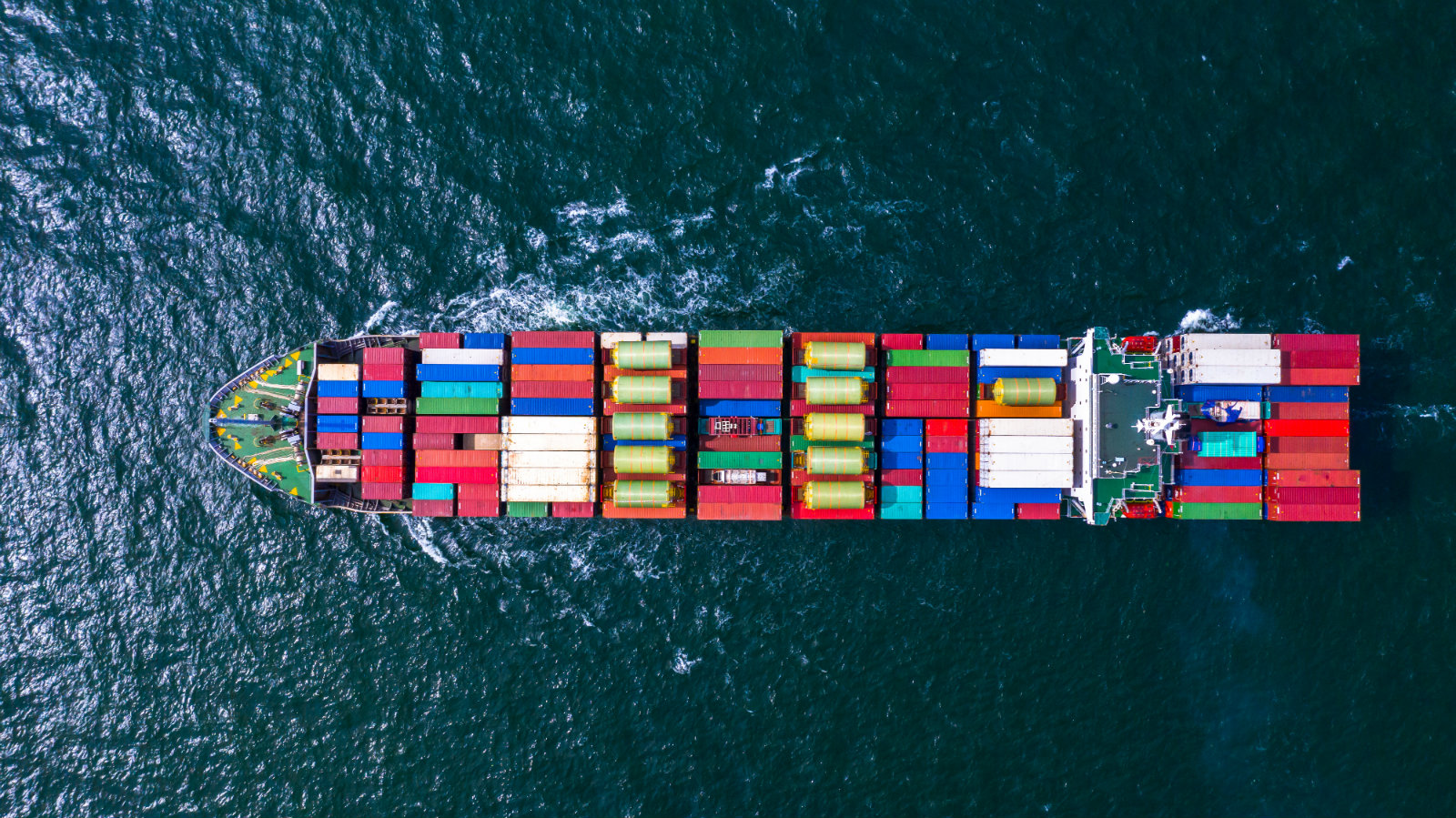 Why are shipping companies suffering during covid-19 if traffic into and out of Egypt’s ports is basically stable? It’s complicated. Traffic at Egypt’s leading ports including East Port Said, Alexandria, and Damietta has largely remained stable despite the impact on trade from covid-19, we reported last month, but shipping and logistics firms are suffering. And the challenge could only get worse as low oil prices, Suez Canal fees and high port charges encourage more shipping lines to go around the Cape of Good Hope and bypass Egypt altogether.

Why is the slowdown affecting shipping companies, but not impacting traffic at ports? The short answer is agriculture, which has been keeping port activity busy during 1Q2020. As we enter a stage where lockdowns in a number of countries are being phased out — most significantly in China and Italy (two of Egypt’s largest trade partners) — industry insiders expect to see an uptick in demand. But these gains can only be achieved if the government can respond with the right incentives.

How badly have shipping companies been hit? Inbound container traffic fell 20% y-o-y in April 2020, said Mohamed Moselhy, local shipping agent for YangMing Marine Transport. Container traffic since the start of the crisis in mid-January had fallen 10-20% below where they were at in December 2019, he said.

This has translated into losses for shipping companies, with a drop in revenue from Egypt’s ports ranging from 50-70% y-o-y in April alone, said Ahmed Moustafa, who heads up the Egypt branch of the International Federation of Freight Forwarders Associations (FIATA). YangMing’s Moselhy puts the figure closer to 50%.

Industry losses in Egypt in line with global figures: The first half of 2020 could see a 25% fall in global shipping, Alan Murphy, chief executive of analysts Sea-Intelligence, told the BBC. Global shipping can expect to see a decline of around 17 mn twenty-foot equivalent units (TEUs) (industry-speak for containers) which amounts to around 10% of global volumes, Sea-Intelligence CEO Lars Jensen tells UBS. Ports and terminals could “potentially be looking at a loss of 80 mn TEU of handling volume.” Global shipping is experiencing losses of around USD 350 mn per week, the firm also said. A slowdown in China’s ports is playing a major role in this drop, with the number of containers coming out of its ports is expected to fall 6 mn TEU in 1Q2020, according to a report by shipping firm Alphaliner picked by Al Mal.

Oil geopolitics make Egypt shipping vulnerable: In addition to the slowdown in global trade, the oil price crash has had an adverse effect on shipping traffic and container handling at Egypt’s ports by incentivizing some of the world’s biggest companies to move their ships through countries with cheaper port fees. The 2M Alliance of Maersk Line and Mediterranean Shipping Company rerouted some of their China-EU ships from the Suez Canal and around South Africa’s Cape of Good Hope. It takes longer, but it’s less expensive with low oil prices — and cost-efficiency (not time) is the name of the game for the industry right now. This comes after France’s CMA-CGM shipping line announced in early April that it would take the South Africa route. When fuel prices are low, shipping companies can afford to go longer distances to ports with lower fees, Moselhy explained.

Are Egypt’s port fees too expensive? The high fees charged by Egyptian ports have been pushing companies into the arms of regional competitors for some time now. While Egyptian port authorities have been busy hiking fees, Moselhy tells us that ports in Greece and Cyprus have lowered their fees by 25-30%, making the destination a no-brainer for many companies.

The impact on shipping activity in Egyptian ports has so far been muted: We noted last month that the port of East Port Said saw a 36.4% increase y-o-y in the number of containers being moved at the port in 1Q2020. The port of Alexandria — which handles 70% of the commercial goods that pass through the nation’s ports — has remained steady, with the port moving an average of 7-10k containers per day in March. When asked on the impact the rerouting of ships by major shipping companies has had on Egypt’s ports, Suez Canal Economic Zone (SCZone) Chairman Yehia Zaki told us that major shipping companies continue to operate in Egypt and the impact of competing ports slashing prices has been minimal. So why haven’t we seen this decline in global shipping reflected in Egypt’s port activity?

Agriculture to the rescue: Almost all shipping companies and port officials we’ve spoken with say that the agriculture export season has kept traffic at Egypt’s ports at a steady pace. We’re seeing a 4-5% increase in outbound shipping thanks to the export season, says Moselhy. The number of ships moving agricultural goods through the port of Alexandria increased 21% y-o-y in 1Q2020, the port’s spokesperson Reda Ghandour tells Enterprise. Volumes of agricultural goods being handled at the port also rose 37% y-o-y in 1Q2020 to 205.8k tonnes.

Officials we spoke with last month had also attributed the continued activity at Egypt’s ports to a backlog of shipping from long-term contracts.

But these haven’t translated into gains for the shipping industry: For starters, if you do not ship agriculture or other essential goods during covid you are out of luck. Global trade has seen a decline in non-essential goods while essentials are continuing to be moved, said FIATA’s Moustafa. Even the long-term contracts are primarily for essential goods, he added. Furthermore, the costs and fees of docking inbound ships at Egypt’s ports and the handling of import cargo is much higher on maritime companies than for outbound ships and export cargo, says Moselhy. This means that gains in export activities are outweighed by the losses in import activities, he added. Other shipping agents we’ve spoken to also noted that an increase in the number of ships does not mean profitability is up. Container numbers and cargo are the bread and butter of the industry, so more ships carrying less cargo compounds losses, they tell us.

All good things must come to an end: The current rise in agriculture exports may not continue at the pace it is in the long-term and long-term contracts will run out. Officials we’ve spoken with could not pinpoint when that day may come, but hinted at a decline in shipping traffic if the covid-19 crisis continues past that point.

Lockdown fatigue could be the industry’s silver lining: As the global discussion over when lockdowns can be eased and economic activity can start picks up, shipping companies are pinning their hopes that this may come sooner than later. Keeping these hopes alive is the easing of the lockdown in China, the US (the biggest importer of Egyptian garments), and Italy (Egypt’s third largest trading partner). Moustafa sees the moment of truth happening in mid-July, telling us that he expects a “significant” jump in shipping activity.

But even if that does happen, Egyptian ports will need to be more competitive in order to lock in those gains. In response to Cyprus and Greece lowering their port fees, the Maritime Transport Sector has lobbied the port of Alexandria to study responding with their own port fees, said Moselhy. And that appears to have already begun. The Suez Canal Authority reduced fees for container ships crossing the Suez Canal until 30 June by 60%-75% for transit container ships originating from the US and heading to destinations in Southeast Asia. Container ships originating from Northwest Europe and the ports of Tangier and Algeria, also heading to Southeast Asian ports, will see fees reduced by 17% as of 1 May and until 30 June. The question is: Will these be enough?