How regional infrastructure diplomacy is whetting the appetite of Egyptian contractors 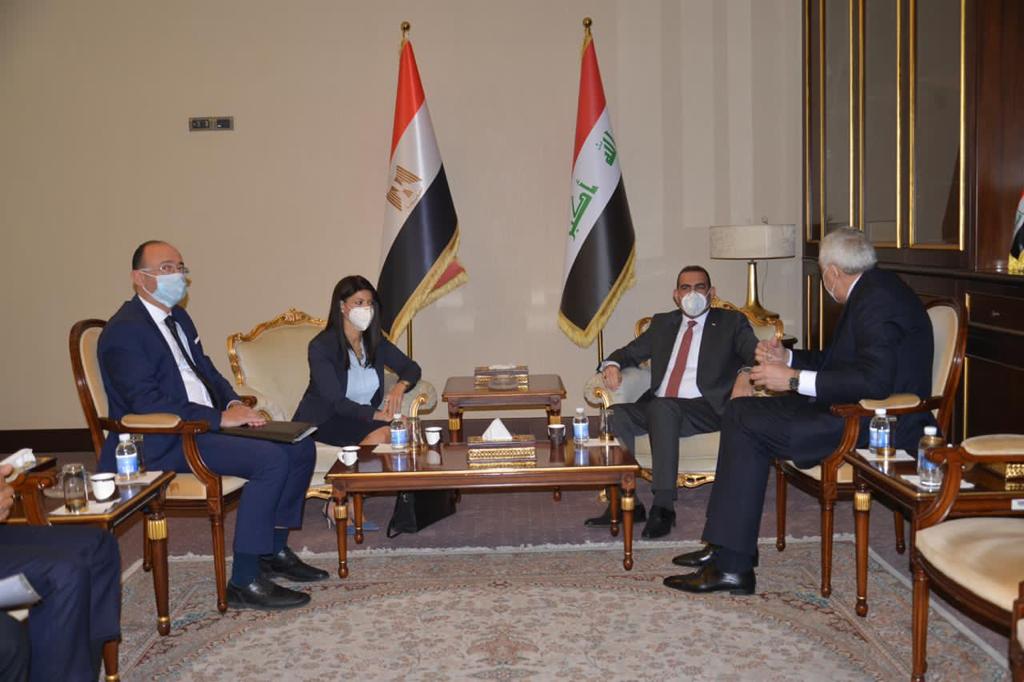 How infrastructure diplomacy is whetting the regional appetite of Egyptian contractors: Back in late October, Egypt and Iraq signed a raft of preliminary agreements covering everything from oil and water resources to construction, housing and transportation. In exchange for Iraqi oil, Egyptian companies wiIl be contracted by our government to both advise Iraq in these fields as well as executing on some of the key projects. This “oil-for-reconstruction” agreement is Egypt’s most recent and arguably most crystallized modern example of what we’re calling “infrastructure diplomacy” — a form of economic cooperation where our expertise in infrastructure development is used to help drive our diplomatic and strategic aims.

A number of Egyptian contractors and infrastructure companies we’ve spoken with are excited. Despite the pandemic appearing to have delayed the timeline for implementing the agreement, they still see it as a chance to do business during the covid slump and deepen their overseas footprint.

But there are caveats: For one, the countries haven’t yet agreed how exactly the “oil-for-reconstruction” agreement will work, leaving companies in the dark about how — and who — will be paying them. Firms are reportedly angling for a payment mechanism that rules out arrears, but this isn’t going to be negotiated until officials have agreed the basics of the arrangements. Companies are also pushing for different incentives before they sign themselves, while security assurances are also high on the priority list.

The projects: While specific projects covered by the agreement haven’t yet been agreed, Egyptian and Iraqi officials began working on the details last month and a full list is expected soon. Housing construction is going to be a key feature due to the level of urban destruction that took place over the course of the last two decades, head of the Egyptian Federation for Construction and Building Contractors and former Arab Contractors Deputy Chairman Mohamed Sami tells Enterprise. Other potential areas of cooperation that were discussed included:

More to come: These could potentially lead to a wider agreement that could see a shared electricity grid and an oil and gas pipeline between Egypt and Iraq that runs through Jordan, the International Cooperation Ministry said in October. The agreements come as part of wider policy to expand on “connectivity-enhancing infrastructure” in the region to promote regional stability, International Cooperation Minister Rania Al Mashat tells Enterprise.

Strong appetite for the agreement: Although companies are still waiting on the list of projects, there is a high level of interest across all sectors of infrastructure, says Hassan Abdel Aziz, who heads up the African Construction Contractors Association (AFCCA) — a lobby organization for several regional contractors. Sami concurs, adding that with the scope of the projects expected, there will be something there for everyone. The real estate division of the Federation of Egyptian Chambers of Commerce is planning to meet with the Housing Ministry to discuss the possibility of bringing in more developers to work on the housing projects, division head and Arabia Holding Chairman Tarek Shoukry tells Enterprise.

Many see this as a jumping off point for Egyptian companies to expand regionally. Iraqi officials have indicated that the price tag for reconstructing housing in Iraq and Syria alone could be as high as USD 400 bn, Mohamed Al Bostany, chairman of real estate developer Al Bostany, tells us.

Particularly as the government looks to expand the model to other countries, especially in Africa. Al Mashat tells us that the government plans to capitalize on Egypt's technical expertise and strategic location to become more involved in projects on the continent. We have been getting overtures from Kenya, Tanzania, Libya and even outside the continent in Pakistan, all of which the government is looking into, Deputy Housing Minister Khaled Siddik says.

Caveat #1: Who’s going to pay them? Companies are also looking for the government to set up a disbursement mechanism that will ensure transfer of payments without arrears, head of the Egyptian Federation of Investors Associations Mahram Hilal says. This move would help avoid some of the pitfalls Egyptian companies faced when participating in the reconstruction of Kuwait following the first Gulf War.

Clarity on this is unlikely to be forthcoming until officials sort out who is paying each other what: Fundamentals of the agreement such as who is going to be paying the companies and whether or not Egypt will be purchasing the oil are seemingly still being negotiated. There are two mechanisms currently under discussion, the AFCCA’s Abdel Aziz tells us. The first option would see the Egyptian government pay Iraq for its oil, and Iraq then use the money to pay the contractors. The second would see Egypt take the responsibility for paying the firms, with Iraq handing over the oil without charge. He suggests that the latter might by the likeliest method as it saves Egypt the FX required to pay Iraq for its shipments.

Caveat #2: Duties, fees on construction materials need to be lowered: Development fees and export duties on construction materials, particularly cement, should be lowered, suggests Abdel Aziz. This would not only incentivise contractors with cheaper materials, but may also help our beleaguered cement industry, which could certainly use the export market, he added. A tonne of cement, which is priced at between EGP 600-700, is subject to a EGP 35/tonne development fee and a 14% VAT by the Finance Ministry

Caveat #3: Safety is a must: Any agreements and contracts must contain provisions ensuring the safety of Egyptian lives and equipment, Shoukry tells us.