Where things stand with the PPP schools program 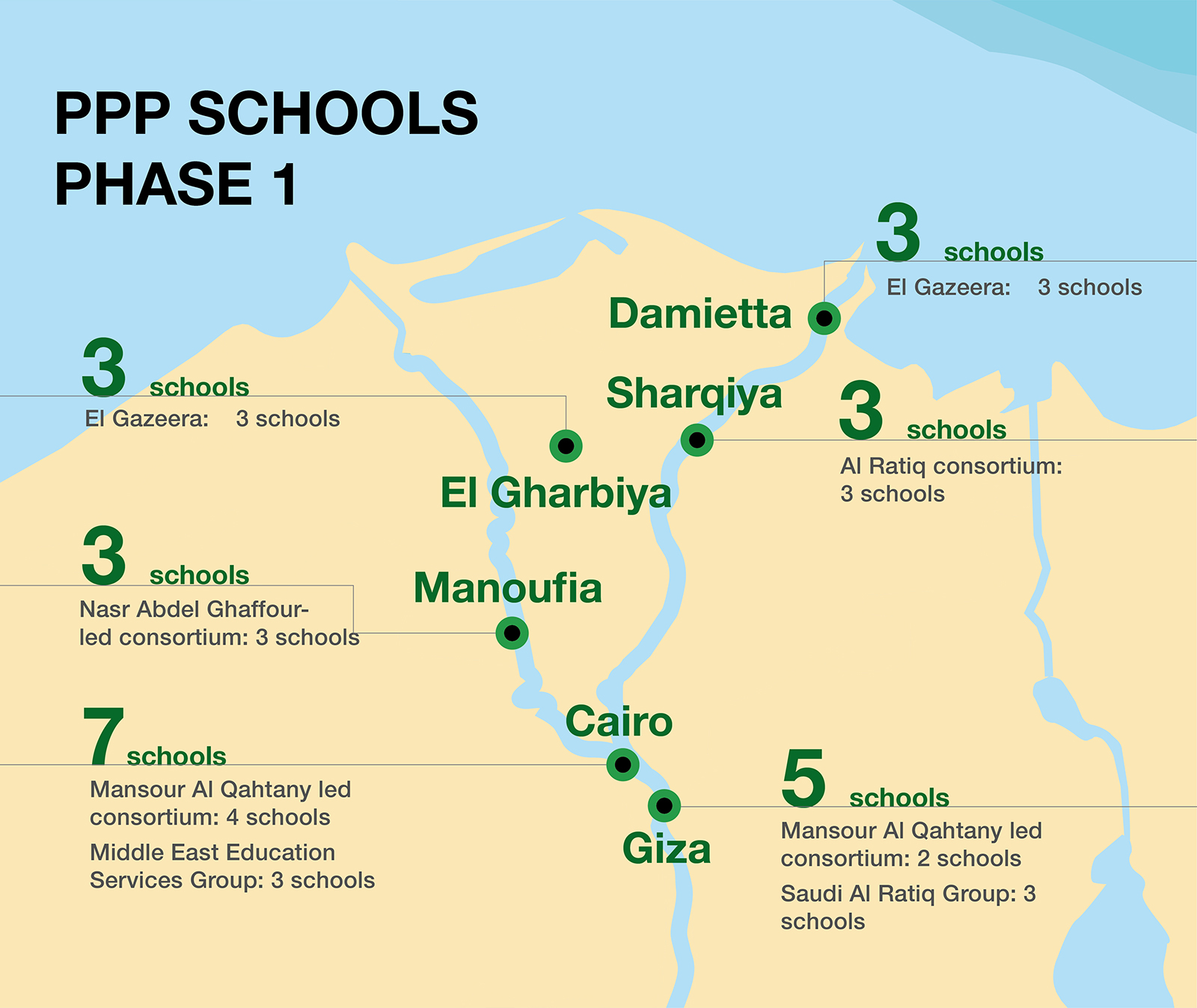 Where things stand with the PPP schools program: One of the Education Ministry’s platform policies has been to drive private sector development of schools through a public-private partnership (PPP) framework. Under the framework, the government will provide private sector operators with land and licenses, while the operators will build and operate the schools. While the project was announced back in 2016, the first contracts weren’t signed until January 2019. As it stands, the government hopes to build 1,000 schools under this framework by 2030. So far, only phase one of the program has been put to a bid.

Program gets underway after long slumber: Despite the project being a key policy point, there has been little clarity on a number of key elements of the program, namely: The structure of the agreement, the distribution of schools, the players involved, the timeline of the project, and any indication on how the schools will be run. This has largely been the result of the program having been amended since its initial announcement. The government had previously announced that 200 schools will fall under the program. Following the long and drawn-out process of getting the first phase underway, it appears that the ministry is setting down the framework which will govern the program until 2030. We sat down with Amany El Far, the head of the Education Ministry’s PPP unit, who helped us fill in the blanks on the program.

Phase one — 24 schools to be run by five operators: The government signed public-private partnership pacts with five consortiums to build and operate 24 schools with a total of 910 classrooms as part of the first phase of the program, El Far said. These schools, which will be developed in six governorates, are expected to be built at an estimated total cost of EGP 650 mn, she added. Construction on the schools has already begun, with the schools expected to begin teaching in the 2020-2021 academic year.

“Mistakes” in tendering phase one led to a drop in schools offered from 50 to 24: Phase one of the program had initially targeted the construction of 50 schools. Due to delays in launching phase one, which came on the back of a changing macroeconomic climate, changing terms, and closer examination of initial bidders, the ministry had settled for around 24 schools, government sources tell Enterprise. Mistakes were made during the tendering of the first phase of the PPP schools program, Education Minister Tarek Shawky reportedly told the local press on the sidelines of the 2019 Invest for Africa Summit. “It is our hope to amend the tendering process to avoid these mistakes for upcoming stages of the program,” he added without discussing the mistakes.

The EGP float in 2016 had changed the calculus for some of the companies that had initially bid on the program, sources told us. This was followed by an expansion of the program from a total of 200 to 1,000 schools back in 2018, which was accompanied by changes to the schools being offered. Furthermore, construction timelines on the schools were then shortened by the government to one year from two. These changes led to some investors backing out, and a subsequent re-evaluation of the tenders led to seven finalists being selected before awarding contracts to five bidders in January 2019.

New framework for how the schools will be operated coming: The Education Ministry is currently holding discussions that will determine how the schools under the PPP program in subsequent phases will be run, El Far said. These decisions will determine everything from which curriculum will be taught, to tuition fees, and how many foreign teachers will be allowed to teach. While these have been established for the first phase, they will change for subsequent phases, says El Far.

Terms and conditions for the tender and program: Under the terms and conditions of the tender, any number of companies can form a consortium and bid on the PPP schools on offer, as long as one of the partners currently operates a school in Egypt, says El Far. This partner must also hold at minimum a 20% stake in the school that the consortium is bidding on. The winning consortium will be provided with land on 30-year usage terms, with consortiums effectively paying EGP 10 per sqm. So far, these appear to be the terms that will remain consistent throughout the phases of the program.

Phase one — The five winning bids: The 24 schools are spread out across Cairo, Giza, Damietta, El Sharqiya, Menoufia and El Gharbeya governorates. These were awarded to five consortiums made up of Egyptian and Saudi companies. Some of the names may be unrecognizable, as some of the companies had been formed for the purposes of bidding, with officials seeming reluctant or unable to provide us with further details of these opaque partnerships. These are:

Phase one — Teaching and curriculum: As per the conditions of the tender, all 24 schools of the first phase will teach the national language school curriculum — the state’s education curriculum with the majority of subjects being taught in English. The ministry had also put a cap on hiring foreign teachers at 10% of the total faculty.

Phase one — Tuition: Tuition fees at phase one schools will cost between EGP 4,000 and EGP 12,000 depending on the governorate of the school and the grade, says El Far. The pricing of the schools was determined by studies conducted by the ministry’s advisors on the program, which included NI Capital (financial advisor), Sarie El Din and Partners (legal advisor), and Alexandria University’s Engineering Center (technical advisor).

Ministry to launch phase two tender of 60 schools this month: The Education Ministry plans to launch a tender for 60 schools as part of the second phase of the PPP schools program in late December, said El Far. The ministry is hoping to complete tallying the plots of land that will be offered by then, she added.

The ministry also plans to launch a tender this week for advisors for this stage of the program, she noted. The advisors will help select the winning bids and set tuition fees. Consortiums looking to bid on phase two schools will be given a window of 3-6 months to submit their bids. The winning bids will be announced by November 2020, with an eye to signing contracts by January 2021, she noted.

Phase two schools will teach foreign curriculums, including IB and IGCSE: Schools tendered under the second phase of the program will offer students foreign curriculums including US high school diplomas, IGSCEs, and International Baccalaureate (IB), says El Far. The ministry has yet to decide whether to maintain the 10% cap on hiring foreign teachers in this stage of the program, but El Far implied that they’re exploring raising or possibly lifting the cap, in light of the programs being offered in phase two. This would mean that tuition in those schools will be more expensive than phase one schools, she noted.