A day at the Grand Egyptian Museum

A day at the Grand Egyptian Museum: The government has made national projects a key platform of its agenda. And out of all them, one national project stood out as being of particular historical resonance: the Grand Egyptian Museum. Enterprise was invited to visit the museum (currently under construction) and sit down with its director, Dr. Tarek Tawfik. And what we saw and heard blew our minds. The grandeur of the project seeks to do draw a continuity with the majesty of the ancients, while reclaiming Egypt’s rightful place as a global cultural hub. A place where foreigners and Egyptians converge to lose themselves together in awe of what was, and an appreciation for what can yet be. 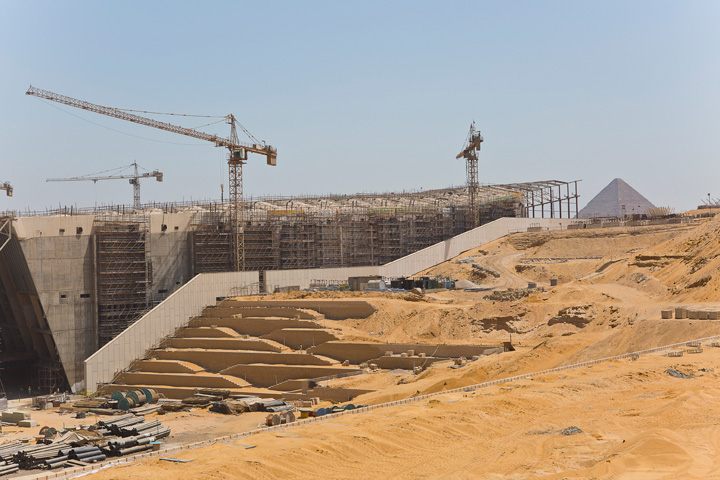 For starters, the immense scale of the project was absolutely, well, Pharaonic. The museum itself covers an area of 490K sqm overlooking the Giza Pyramids. It will include an immense conference hall, a wide open space of some 92,000 sqm, a botanical garden holding plants from Ancient Egypt, and a retail area. It is no accident that the scale of the project was meant to effect change to the urban landscape if the surrounding area. The museum would provide a green lung to a clogged and congested area surrounding the pyramids, said Tawfik — a move undoubtedly meant to also shield the pyramids from urban encroachment. Development of the museum will cost over USD 1 bn, with USD 750 mn in funding coming from loans from the Japan International Cooperation Agency. 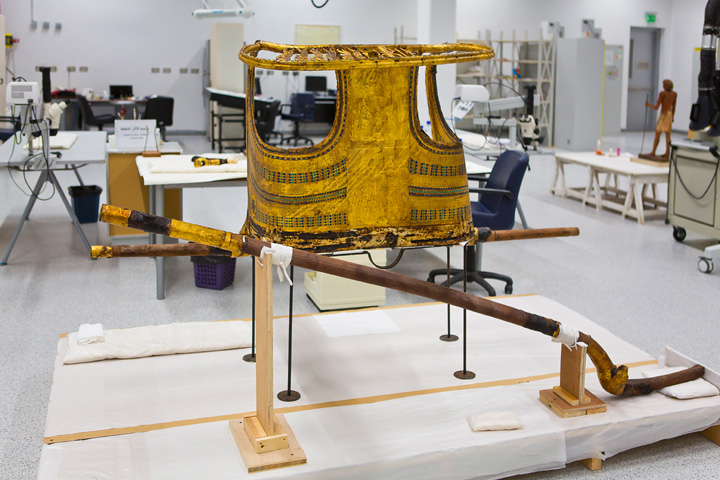 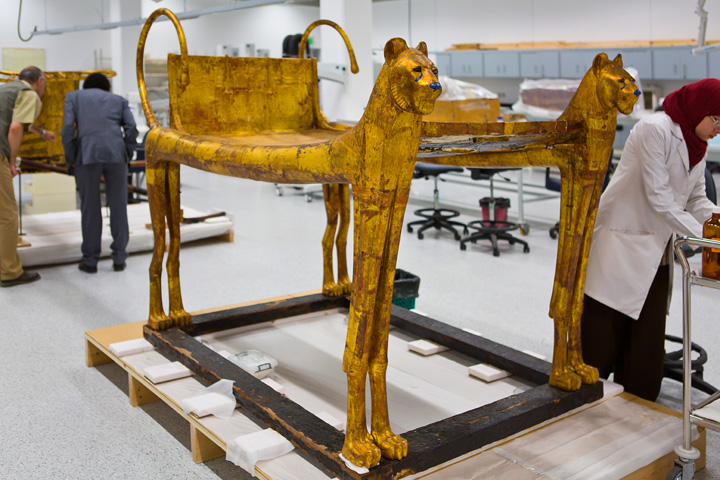 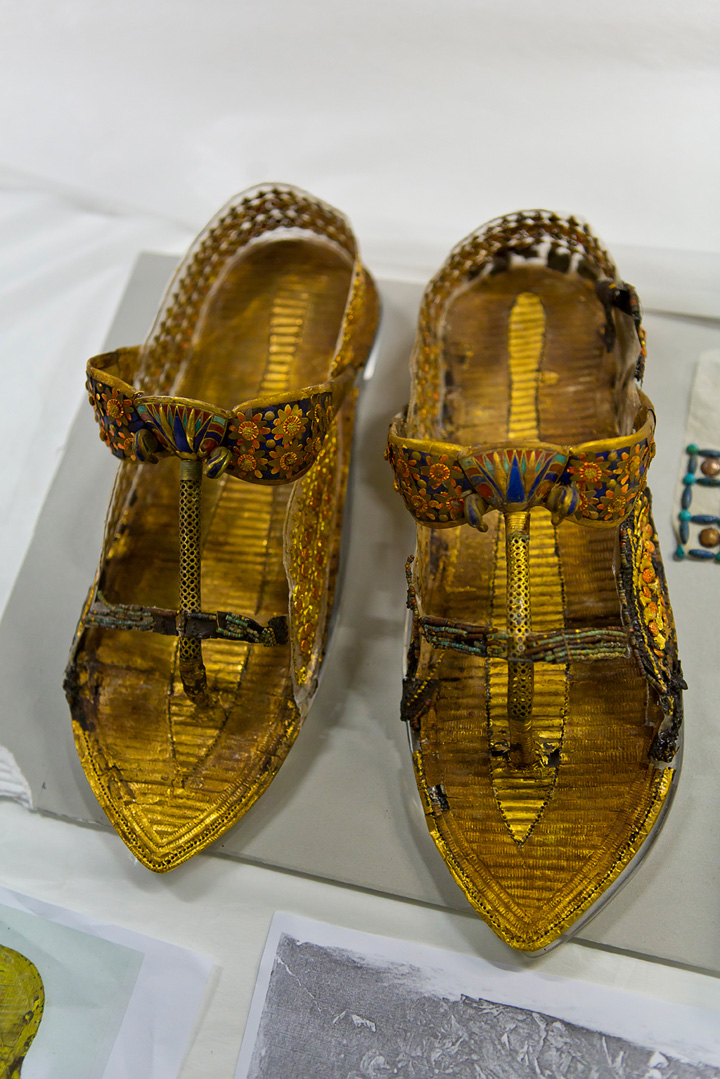 The museum will host the largest collection of ancient antiquities anywhere, with 50,000 pieces on permanent display and another 50,000 pieces in storage for research covering a time period between pre-history until the Greco-Roman period. And for the first time ever, the complete collection from the tomb of King Tutankhamun will be on display, after only the a third of the tomb having been open to the public since it was discovered in 1922, revealed Tawfik. The exhibit will be interactive, providing visitor with a kaleidoscope on the real King Tut and other Pharaohs. Enterprise was treated to a sneak peek of never before seen exhibits, and what struck us the most has to be timelessness of the artifacts. The color and quality of the pieces —  ranging from gilded sandals, to gilded chariots — feel as though they were made yesterday, and trump even today’s craftsmanship. The scope and range of the artifacts is truly befitting of a country which can boast the richest collection of antiquities in the world, said Tawfik. 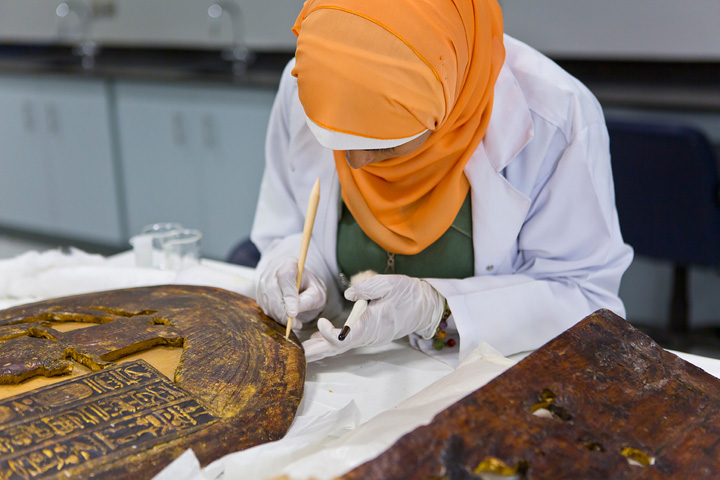 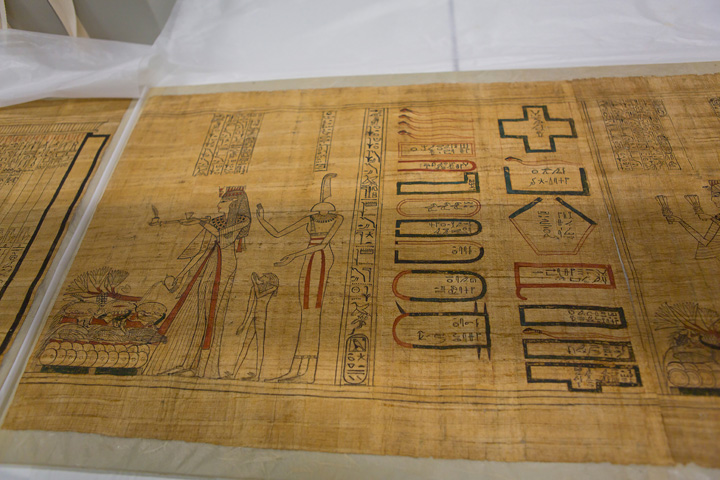 Part of that eternal quality is owed to the state of the art conservation and restoration labs. The quality and care given to each piece is breathtaking, with the skills of the lab technicians and attention to detail mirroring those of the ancient makers of these pieces. Dr. Tawfik reminded us that no additives or any alterations were being made to the artifacts, so visitors will be getting the raw, unadulterated look at them. What you see (barring breakage with time) is what the artisans of old saw. With ambitions to be epicenter of archaeology in the world, the museum’s conservation lab is the largest in the world, said Tawfik. Besides being a global center for research, the museum will serve as the hub for collecting, cataloging, monitoring and preserving all Ancient Egyptian discoveries. There’s room for the private sector to get involved: The museum is looking to attract some 10,000 visitors daily. It’s location (which will be adjacent to an upcoming metro stop) would provide locals and foreigners with easy accessibility. Tawfik says that the museum will look to private businesses to operate the numerous facilities and amenities on offer. The complex will include a boutique hotel, 10 restaurants, 28 shops, and 23,000 sqm of open space to host concerts and major events. Infrastructure for these amenities has already been completed. The museum will hope to tender these commercial outlets between September and October of this year.

Shut up and take our money: If you are like us and are already angling to know when you can go, the museum’s soft opening will take place sometime in mid-2018, which will debut the King Tutankhamun exhibit. All exhibits and facilities will be open by 2022. 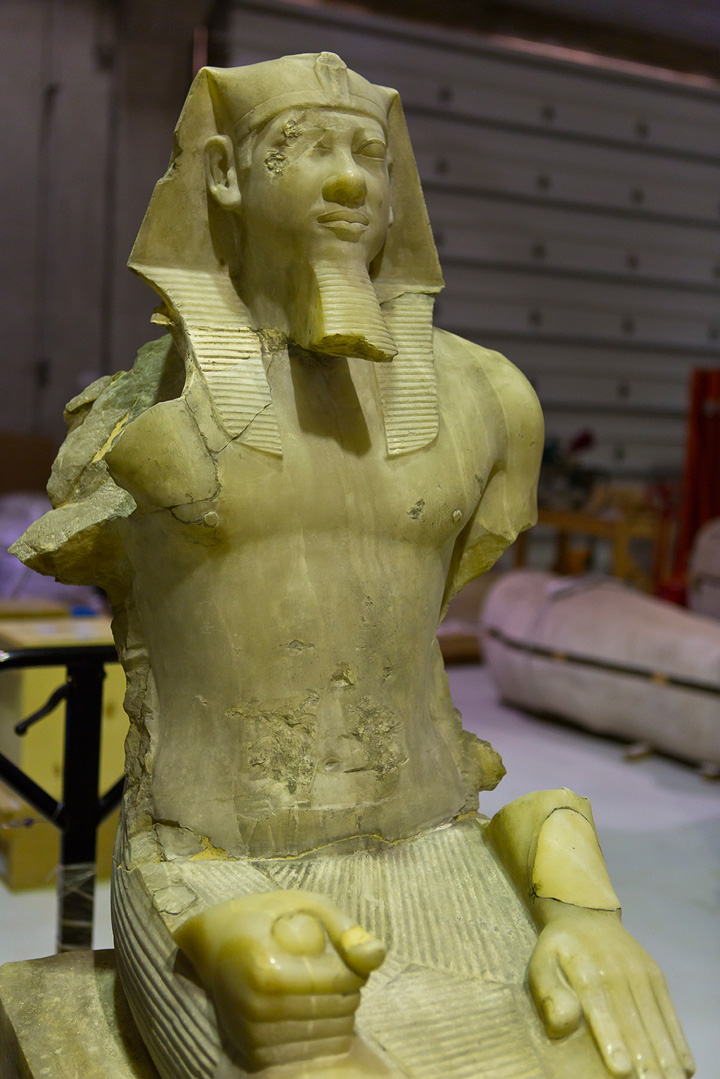 At the end of the tour, we were left spellbound on the potential of what this project will be by then. In every facet, the Grand Egyptian Museum has stayed true to the two most sacred beliefs of Ancient Egypt: Kingship — the triumph of order over chaos  — and eternity. In that way, the museum is more than just a repository of ancient history. It holds the promise of the unbroken continuity of civilization. Driving away, we couldn’t help but smile at the thought of travelers eons down the road visiting this place as though it were itself an ancient wonder of the world.

Look to Enterprise to stay abreast of developments on the project. We will be running periodic updates on progress on the Grand Egyptian Museum leading up to its opening.