2021 was a bumper year for fintech funding in Egypt — CBE 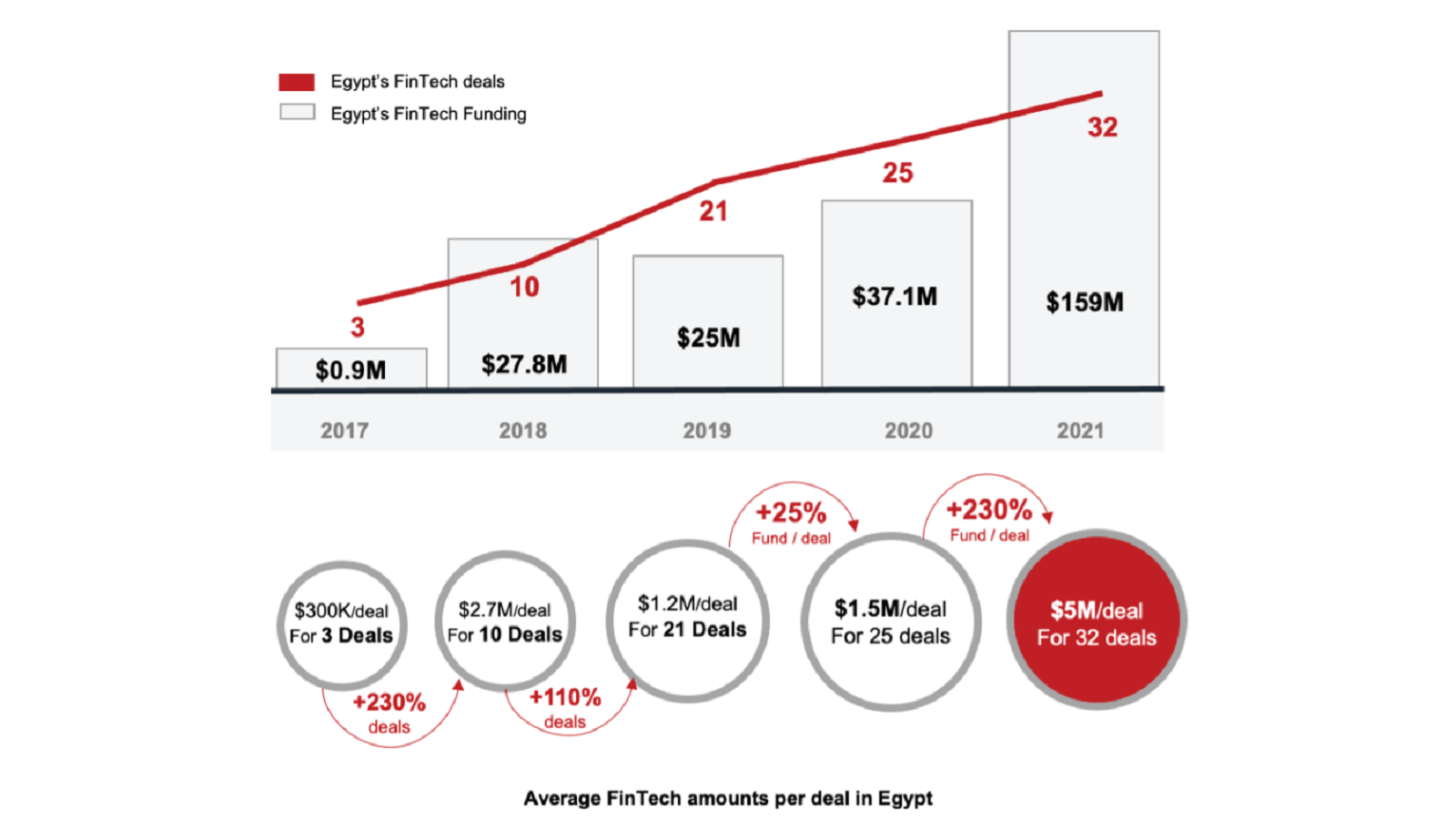 Inside the Central Bank of Egypt’s fintech report: Egypt’s fintech scene has grown leaps and bounds over the past few years, with fintech startups leading other sectors in terms of venture capital funding in Egypt in 2020 and 2021. This is supported by the Central Bank of Egypt’s (CBE) fintech data, which were released last week as part of the Fintech Landscape report (pdf) published by CBE-backed initiative Fintech Egypt. The report surveyed and interviewed 112 fintech and “fintech-enabled” startups, investors, accelerators and ecosystem enablers, with a focus on startups rather than the big payment service provider (PSP) players. Today, we break down those numbers and what they mean for the fintech scene here.

There’s also growth in the number of startups receiving funding, with 32 fintech startups netting over USD 157 mn in investments last year, up from 25 the year before.

Just to give a perspective on how far we’ve come: Only three transactions were signed by Egyptian fintech companies worth a total of USD 900k in 2017 (when the CBE kicked off its full court press on financial inclusion). That’s more than 10x the number of transactions, while their combined value has increased by more than 140x.

Which sub-sectors snagged the most funding? Over the past five years, B2B marketplaces saw the most agreements signed, followed by payment and remittance, payroll and benefits, and rotating savings and credit associations (ROSCA) — more commonly known as digital gameya.

Breaking down the fintech scene by sub-sector: Of the 112 fintech or fintech-enabled startups in Egypt, 34 of them (or 30%) operate in the payment and remittance space. Coming in at a distant second is lending and alternative finance, with 15 players (13%), followed by personal finance management and literacy, accounting and expense management, and payroll and benefits (8% each).

But there are some sub-sectors that require more attention. The rest are “diversified,” ranging between wealth management and savings, ROSCA, regtech and several others, the report notes. There is, however, a noticeable gap in the Egyptian market for startups operating in sub-sectors that have become popular globally, such as blockchain, chatbots, digital investment platforms, supply chain digitization platforms, big data and AI, and digital banking.

…and still concentrated in the capital city: Some 20% of startups operate in governorates other than Cairo. Most of these have outreach to Lower Egypt (Giza, Monofia, Ismailia, Sharkia, and Dakahlia) followed by Upper Egypt and Alexandria.

But more than a handful are looking abroad: Some 20% of startups have expanded regionally and internationally to the GCC and MENA regions and Europe.

But early-stage startups are struggling to raise funds: The number of transactions signed by fintechs with incubators and accelerators declined in 2021, according to the report, causing a “funding gap” for early-stage startups. “Investments in the last year were done in startups at an advanced stage,” the report reads. “An unmet need coming from startups in terms of receiving debt financing and long-term investments is one of the key hurdles faced.”

Next week, we’ll look at the CBE’s view on challenges in the sector — and what the industry needs to do to move forward.