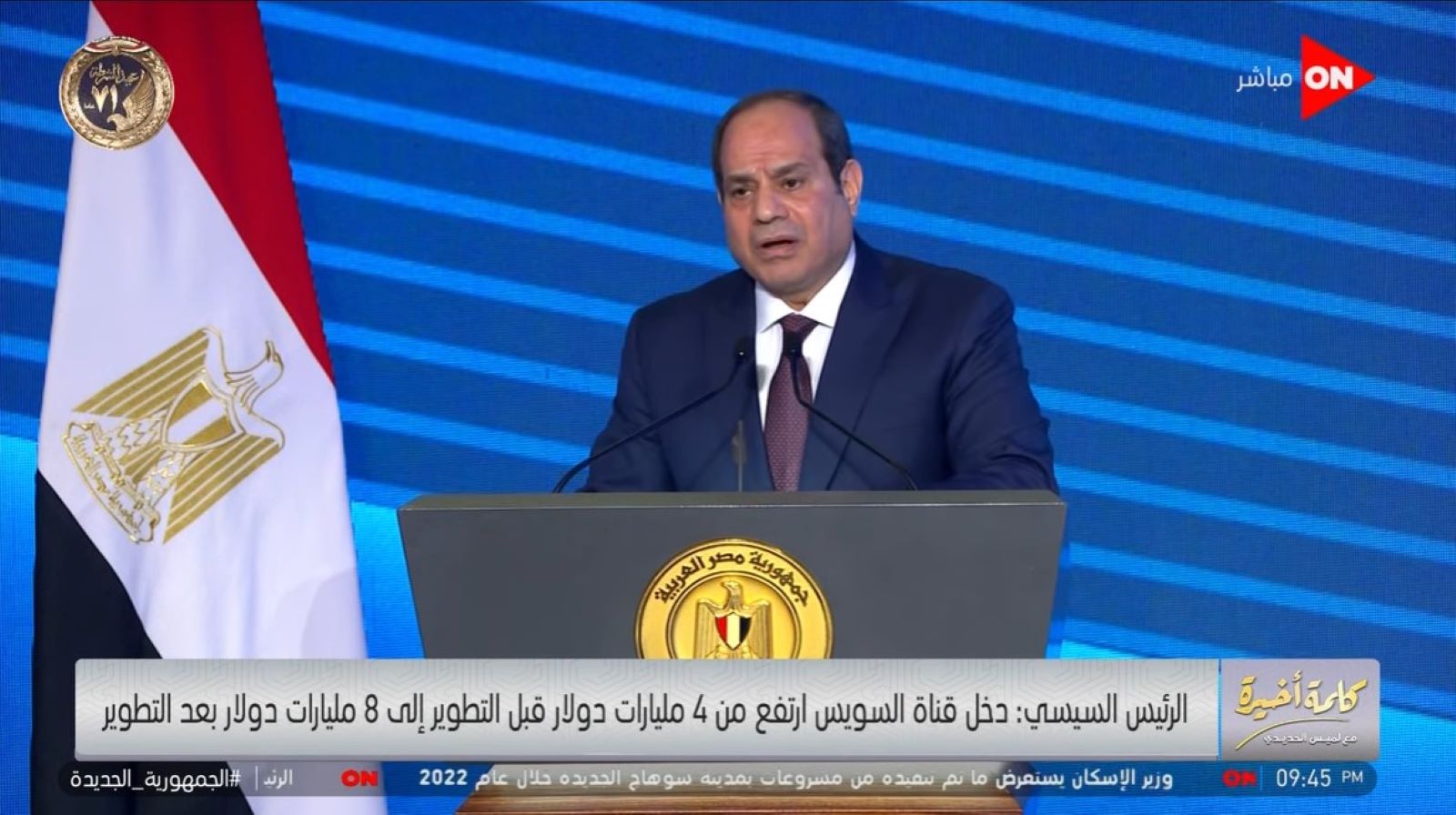 The state of the economy — and what got us here — once again got top billing on the airwaves last night, as the talking heads parsed a speech by President Abdel Fattah El Sisi yesterday during an event to mark Police Day.

El Sisi defends infrastructure spending: El Sisi cast as “misleading” claims that spending on national development projects was to blame for the economic challenges Egypt has recently seen, saying that investment to develop transport and energy infrastructure and assets including the Suez Canal are a key priority and will bring greater returns. Kelma Akheera had coverage (watch, runtime: 4:32).

And reminds us that Egypt isn’t the only country suffering: El Sisi reiterated that the pandemic and the war in Ukraine spelled economic crisis for countries around the world and not just Egypt, note Masaa DMC (watch, runtime, 3:03) and Al Hayah Al Youm (watch, runtime: 5:37.) His administration was tasked with “bearing most of the impact and not passing on the burdens to citizens, especially low-income earners and vulnerable groups,” he added.

UPDATE– A new scheme allowing everyone to buy subsidized bread has not yet gone into effect, Abdallah Ghorab, head of the bakery division at the Egyptian Federation of Chambers of Commerce told El Hekaya’s Amr Adeeb (watch, runtime: 6:47.) Supply Minister Ali El Moselhy had been quoted as saying the scheme would go into effect last Wednesday.

What’s the hold-up? The bread scheme could launch next week once the Supply Ministry settles on the price per loaf, Ghorab said, adding that he expected it would be around EGP 0.75-0.80. Assistant Supply Minister Ibrahim Ashmawy last week said the bread would sell at EGP 0.90 per loaf for slightly higher.

AND- Decreasing our dependence on the greenback: Less than 10% of our total external trade needs to be conducted using the USD, Ahmed Sheiha, a member of the exporters division at the Egyptian Federation of Chambers of Commerce (FEDCOC), told Ala Mas’ouleety’s Ahmed Moussa (watch, runtime: 3:23.) Sheiha welcomed the Bank of Russia’s recent move to allow the EGP as a currency of trade, saying we should strike up similar agreements with other countries.