How will the EU’s incoming carbon tariff impact local exporters? 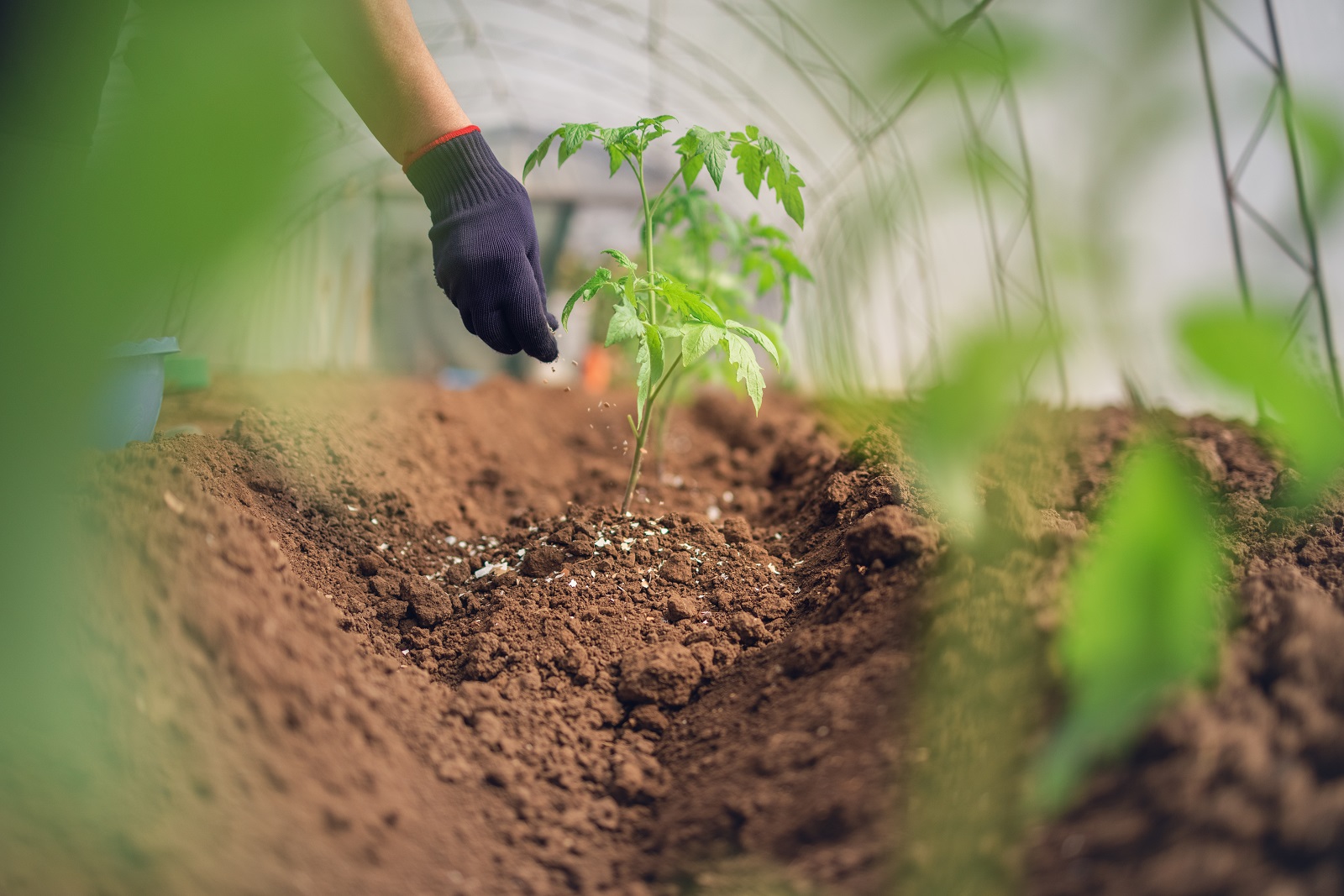 Egypt’s high-emissions industries are laying the groundwork ahead of the EU’s carbon tariff: The EU in December agreed to impose a first-of-its-kind carbon tariff on imports of iron and steel, cement, aluminum, fertilizers, hydrogen and electricity as part of a wider decarbonization strategy. The tariff will impact several Egyptian industries that export heavily to the EU if companies don’t act to decarbonize their products.

The CBAM: The so-called Carbon Border Adjustment Mechanism (CBAM) is designed to prevent European companies from shifting high-emission industrial production outside of the bloc and encourage companies in non-EU countries to decarbonize. Under the rules, from 2026 importers will be required to purchase certificates according to the associated carbon emissions, effectively introducing a tax on high-emission goods from non-European countries such as Egypt.

That’s not all: More products will be phased in after the CBAM launches. The EU will take a decision about whether to include polymers and organic chemicals in the mechanism when it launches in 2026. In addition, the EU is aiming by 2030 to include all goods covered by the EU Emissions Trading System, which include crude oil and petroleum products, inorganic basic chemicals, industrial gases, synthetic rubber and non-ferrous metals.

This could hurt: The EU is a key trading partner for Egypt and is the biggest overseas customer for the local fertilizer and metal industries. In 2021, 60% of Egypt's fertilizer exports headed across the Mediterranean, according to UN data, volumes which according to the Chemical and Fertilizers Export Council tripled y-o-y in the first 10 months of 2022 on the back of EU sanctions on Russia. Similarly, two-thirds of Egypt’s aluminum exports and more than 60% of its overseas sales of iron and steel went to Europe last year.

The financial impact: The fertilizer and chemical industries could lose 4% of export revenues due to the EU’s climate policies, including the CBAM, according to World Bank (pdf) projections. Meanwhile, revenues from Egypt-Europe electricity transmission expected to start later this decade will be 8.3% lower and oil exports will suffer a 4.3% loss.

What do exporters need to do?

#1- Get an emissions reporting system in place: As of 1 October 2023, the trial phase for the CBAM will require exporters to report their carbon emissions to importers. This will require producers to invest in ensuring their data is certified by an independent consultant and that their operations are “up to the level” of those certifications, Youssef Husseini, head of the chemicals team and VP of research at EFG Hermes, told Enterprise.

Some already do: Private local fertilizer producer Evergrow is also keeping in tune with the times, and has a reporting system in place that it executes with US-based environmental consulting firm Enviro-Max, Group CEO Ahmed Khalifa told us. As of last year EGX-listed companies — including Ezz Steel and Abu Qir Fertilizers — have been submitting quarterly ESG reports, though Egypt’s reporting regime is yet to align with European standards.

But reporting requirements are unclear: “A lot of the details about the implementation in terms of the emission reporting and verification are still unclear and we hope that it will not create a huge administrative burden for countries like Egypt where such systems have yet to develop,” Ahmed El Hoshy, CEO of OCI NV and Fertiglobe — an Adnoc / OCI joint venture and the world’s largest seaborne exporter of urea and ammonia combined — told us.

Action is needed on the regulatory front: “Developing a national registry system for monitoring, reporting and verification will be important to monitor and report success in reducing carbon content in Egyptian products,” Nancy Lozano-Gracia, lead economist at the World Bank, told Enterprise. Meanwhile, El Hoshy said that the ESG reporting systems in Egypt and in the EU need to be standardized with “proper certification.”

It’s going to take time for firms to get their ducks in a row: “I expect companies will need a period of 3-4 years to build that system,” Husseini said. That gives companies until 2026 or 2027 to put the system in place.

#2- Decarbonize, decarbonize, decarbonize: While Egypt accounts for less than 1% of global emissions, the carbon intensity of its economy as of 2019 — 884 grams CO2 per USD — was almost 56% higher (pdf) than global levels, making its industries more exposed to the impact of the tariff.

The steel industry is in a stronger position: The Egyptian steel industry may be less affected by the tariffs because local producers rely on electric arc furnaces rather than the more polluting blast furnaces used in other countries, sources from Ezz Steel told us. The company’s current emissions-per-ton of molten steel is around 1.22 tons of CO2, they said, which is 35% lower than the global average in 2020.

Private-sector fertilizer firms are acting: Fertiglobe just recently started commissioning a 100 MW green hydrogen plant that will feed into its ammonia facilities in Egypt, which will help the company have a “much lower carbon intensity vs. the regional benchmarks,” El Hoshy said. Evergrow also uses measures to reduce carbon emissions at their plants, including using CO2 turbines that use recycled emissions to generate power, Khalifa said.

Egypt’s renewables potential should give it a leg up: Egypt’s strong pipeline of renewables projects — it signed MoUs for 28 GW of new projects at COP27 alone — puts local industries in a stronger position to green their exports, Husseini said. “Companies in Egypt can create clean products at greater efficiency and lower cost than those in other countries,” he said.

Cleaner products = higher prices: When the tariff comes into effect, prices of cleaner products will likely increase to price in the additional cost, Husseini said. El Hoshy agrees, noting that the tariff will likely give “a built-in premium for the green ammonia” they produce at their facilities, he said.

“Decarbonizing what?” is the key question: Some anticipate companies to respond to the CBAM by greening only exports destined for the EU, rather than embarking on wholesale decarbonization. “The only effect CBAM would have is a resource shift whereby clean energy capacity in already under-resourced countries will be shifted for export production while industry aimed at local consumption and energy access will depend on dirty fuels,” senior advisor for climate diplomacy at the African Climate Foundation wrote on Twitter. Husseini agreed that in the absence of a local carbon tax, Egyptian producers will likely save their more polluting products for the local market.

Help is at hand: The European Bank for Reconstruction and Development (EBRD) is holding monthly meetings with representatives from the fertilizer sector to work on a low-carbon strategy that takes the tariff into account, Sherif El Gabaly, chairman of the chemicals division at the Federation of Egyptian Industries (FEI), told Enterprise.

But more will be needed: “Developing countries will need support [financial and capability-building] to level the playing field against the bns of USDs of incentives we are seeing in other markets like North America,” El Hoshy said.

Egypt is expected to join the chorus of opposition to the tariff: A 2022 study (pdf) put Egypt among the 10 countries most likely to oppose the tariff — possibly in the form of litigation at the World Trade Organization — due to its high carbon intensity and lower level of technological innovation. The Financial Times reported recently that several undisclosed developing nations have begun to negotiate with the European Commission for more flexibility, including potential waivers, though so far the EU has maintained that no exemptions will be on offer.