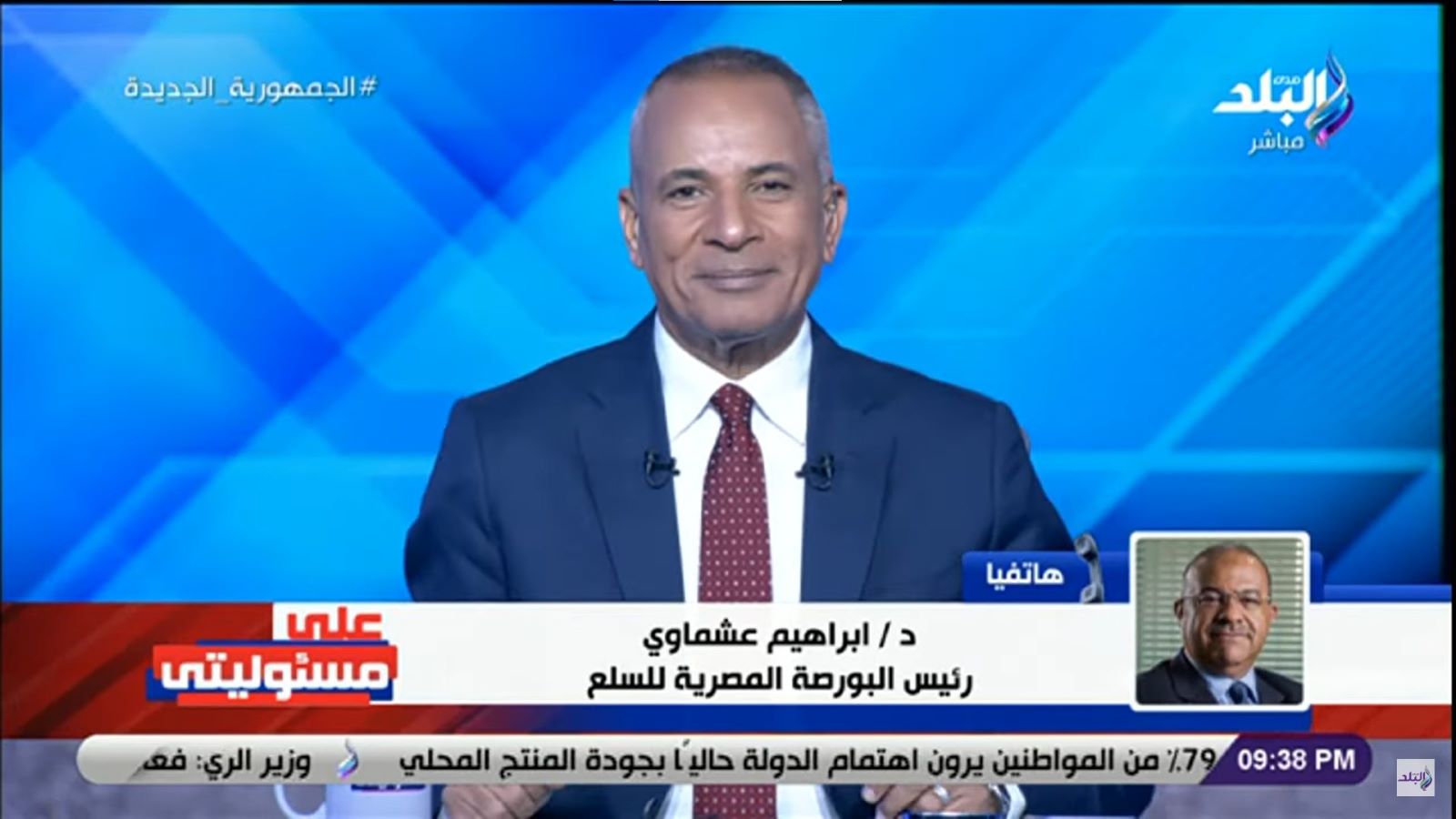 It was a quiet night on talk shows yesterday, with the pundits focusing on yesterday’s launch of the Egyptian Mercantile Exchange (EMX).

The exchange will “limit monopolies or lobbying by traders,” Ashmawy said, adding that farmers and traders could one day potentially sell directly through the EMX. Ashmawy also sat for an interview with Al Hayah Al Youm to mark the launch of the exchange (watch, runtime: 22:43).

Elsewhere in commodities: Our elected representatives at the House of Representatives want some answers on the rice crisis, Kelma Akhira’s Lamis El Hadidi noted, highlighting briefing requests by reps on the shortage (watch, runtime: 8:34) El Hadidi got into a heated debate with Abdel Moneim Khalil, head of internal trade at the Supply Ministry, who said that rice is available and affordable at the ministry’s outlets and supermarkets despite Hadidi’s insistence of a serious supply shortage afoot.

REMEMBER- Rice has been designated as a “strategic commodity” for at least three months under efforts to deter traders who try to exploit the opportunity to hoard rice amid a global shortage of commodities. Producers, sellers and distributors have until Sunday, 4 December to notify the Supply Ministry of what they’ve stockpiled and where they’re keeping it.

Also on the airwaves last night: The Senate has followed the House of Representatives in rubbishing a resolution by the European Parliament condemning Egypt’s human rights record, arguing that the resolution leans on “misconceptions,” Ala Mas’ouleety reported (watch, runtime: 10:17).