Is Elon Musk saying what your boss is thinking? Managers may balk at the PR chaos the Tesla boss has unleashed since his whirlwind takeover of Twitter — but many of them are secret fans of his no-nonsense approach to setting standards for employees, according to the Wall Street Journal. Musk’s insistence that employees at Twitter (the ones he didn’t fire) commit to being “extremely hardcore” and “working long hours at high intensity” is drawing admiration from senior execs who say the post-pandemic workforce has gone soft. “ “I think every successful CEO, including myself, is tired of all the whining,” Michael Friedman, New York investment firm First Level Capital’s chief exec, told the WSJ.

The Musk managerial style might only work for those with USD bns and a spaceship: The allure of working for the richest and arguably most famous businessman in the world means Musk can get away with the kind of strong-arming that others can't, Friedman concedes.

And even then, there’s only so much a workforce can take: While some 4k Twitter employees have been fired in recent weeks, another 1.2k have walked away. The social media company also disbanded its entire Brussels office today, sparking over whether the platform will be able to enforce the EU’s tough new online content rules.

Surprisingly, Neanderthals were foodies: A discovery by a research team from Liverpool John Moores University has unearthed the earliest prepared food dating back 70k years and there’s evidence of complex flavor palates, The Guardian reports. The leftovers — found in an Iraqi cave north of Baghdad — show evidence of multiple steps of preparation to prepare foods with flavor, providing proof that prehistoric humans enjoyed cooking and even had diverse diets. With the absence of pots, the Nenderthals warmed up food in animal skin and pounded seeds with rocks to unleash more flavor to add to their dishes. Other research has shown others skipping the cooking and preferred eating wild nuts, various grasses and seeds like lentils and wild mustard.

The Japanese touch: Japan’s football fans stuck around to tidy up the stadium after the country’s memorable World Cup victory over Germany showing viewers worldwide what civic duty looks like, Bloomberg reports. After their 2-1 defeat, German fans exited the stadium while Japanese spectators started cleaning up, collecting trash into bags and making sure the space was as clean as they found it. The cleanliness extended indoors, with Japan’s team tidying up their changing room, neatly lining up water bottles and food containers into piles and leaving 11 origami cranes behind with a “thank you" note written in Japanese and Arabic. 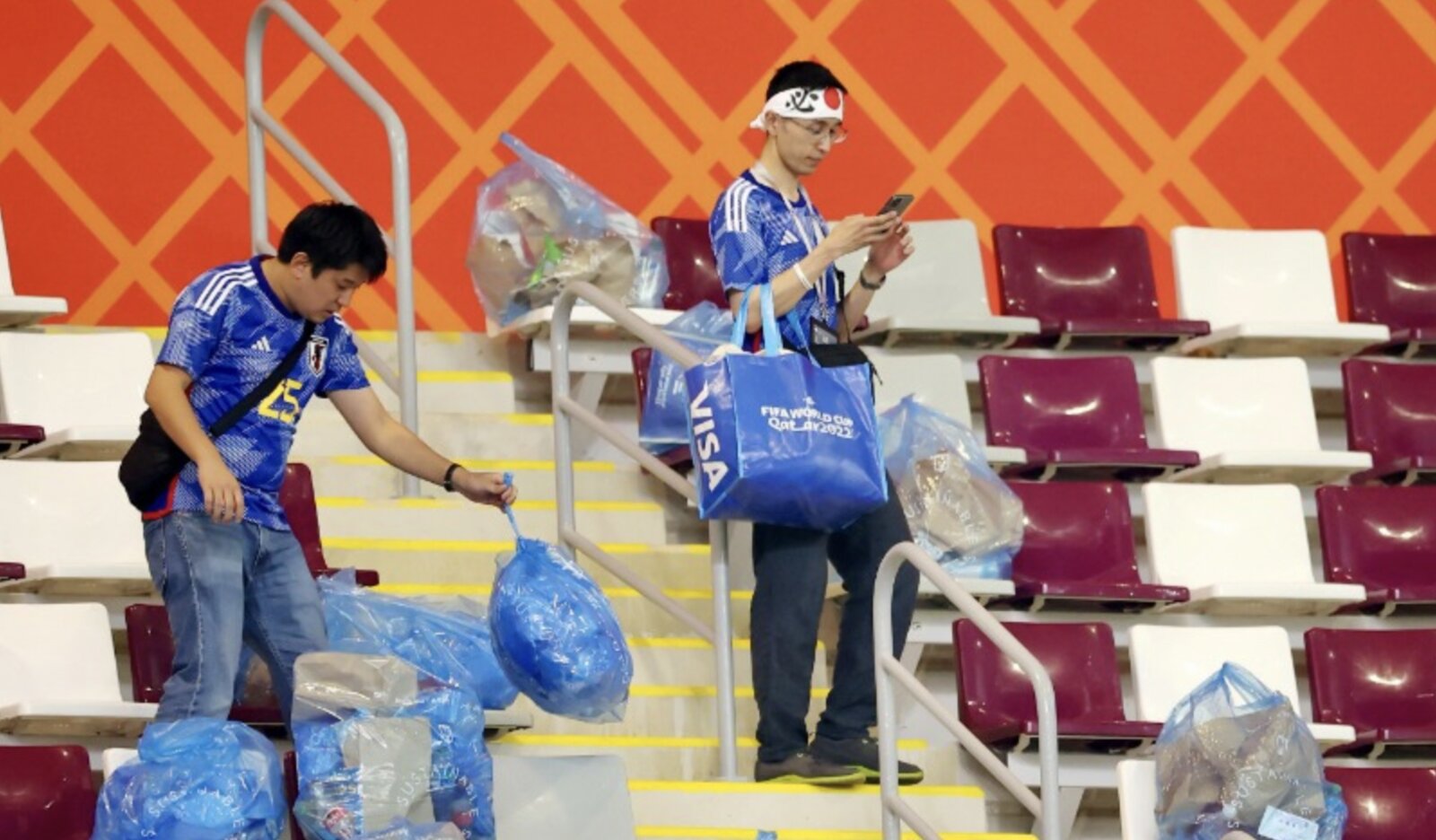