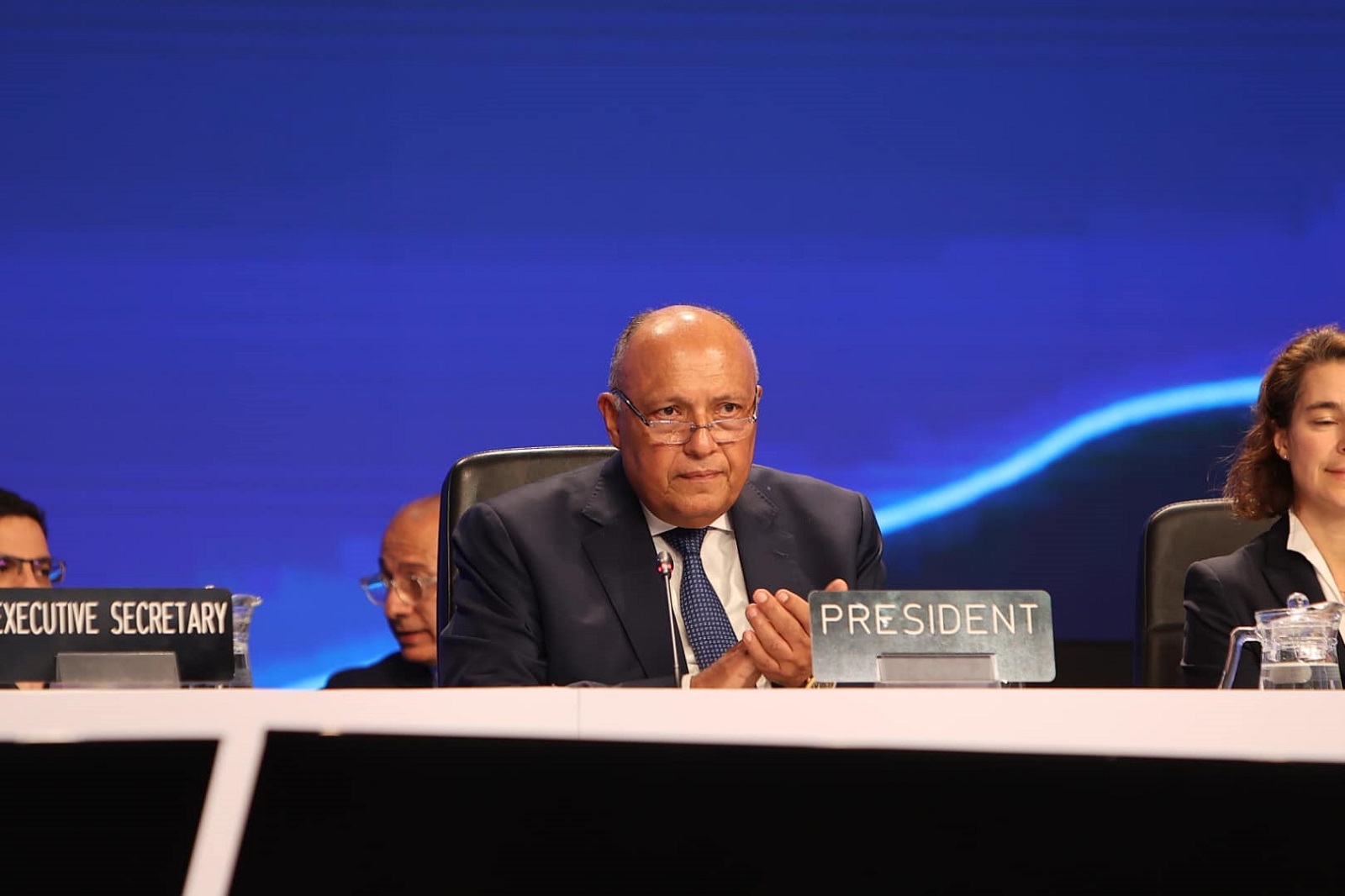 Delegates from nearly 200 countries left COP27 yesterday with a landmark agreement to create a loss and damage fund to help vulnerable countries cope with climate disasters triggered by richer countries’ emissions, the COP27 presidency said in a statement (pdf). The agreement came after a long stretch of tense negotiations that saw rifts between developed countries including the EU and the US, and other negotiators over issues like emissions reduction, the continued burning of fossil fuels, and the tar 1.5C target.

The agreement was struck at dawn on Sunday during a plenary session that saw COP27 President Sameh Shoukry read through the final agenda items to no objection from negotiators, Reuters reported. The summit, which officially ended on Friday, dragged on for an additional day and night as negotiators struggled to settle differences.

“A delicate balance”: “I consider the text to be adopted to be a reflection of both a delicate balance that responds to the interests of all of us, represented in this conference, and also a manifestation of the highest ambition that can be reached at this point in time,” Shoukry said during the closing session (watch, runtime: 5:10:10).

The historic loss and damage fund will see developed countries pledge funds to “save lives and livelihoods from climate change related disasters” in climate-affected countries, the statement said. The fund will be targeted toward countries deemed most vulnerable against climate change, delegates said. Countries will need to identify “new sources of financing” for the fund, officials said, according to the Wall Street Journal. Developed countries want China, oil-rich Persian Gulf states and other higher-income countries in the developing world to contribute to the fund.

The caveats: Most of the details on how the fund will operate were left to be ironed out over the next year leading up to COP28, the WSJ quotes officials as saying. A transitional committee with representatives from 24 countries is expected to work out the details, including who should pay into it, and the role of the fund in relation to the never fulfilled and now dated pledge to provide developing countries with USD 100 bn a year for climate mitigation.

Mitigation ≠ loss and damage: The USD 100 bn pledge on which developed countries failed to deliver addresses climate mitigation — or reducing emissions. Loss and damage is the climate finance offered to developing countries that have faced irreversible loss and damage on the back of climate disasters including storms and floods — an issue that must be addressed before these countries can begin to think about mitigation.

Shoukry was pleased with the outcome of the talks: “We leave Sharm El Sheikh with renewed hope in the future of our planet, with an even stronger collective will and more determination to achieve the temperature goal of the Paris Agreement,” he said. “We’ve just adopted the landmark Sharm El Sheikh Mitigation Ambition and Implementation Work Programme that will hugely contribute to keeping 1.5 within reach, and I trust that we all know what needs to be done to safeguard 1.5 and ensure that we never go beyond.”

Some wanted to see more on the emissions reduction + fossil fuel phase out front: COP26 President Alok Sharma criticized this year’s presidency for overlooking the steps taken last year and failing to “boost” those efforts. “Emissions peaking before 2025, as the science tells us is necessary, not in this text,” Sharma said. “Clear follow through on the phase down of coal. Not in this text. A clear commitment to phase out all fossil fuels. Not in this text. And the energy text weakened in the final minutes.” EU climate policy chief Frans Timmermans shared the same reservations — as did most negotiators from the EU — over the text being “not enough of a step forward for people and planet.”

The main criticism: A proposal backed by India, the EU and other countries to phase down use of “all fossil fuels,” was absent from the final text — with the text instead carrying forward the agreement made at COP26 to take steps towards the phase-down of coal and the phase-out of fossil fuels. A reference to “low-emissions energy” in the text was also criticized as opening the door to the use of natural gas. European MEPs went as far as to say that this was a “lost climate year,” according to a statement, while noting that the multilateral process was fruitful in the goal of achieving consensus on the issue of loss and damage.

Many are pointing the finger at oil producers + large emitters: Germany’s foreign minister Annalena Baerbock said the conference had been “stonewalled by a number of large emitters and oil producers,” the Financial Times reports. “Everyone should be expected to do better, but countries were constrained by financial ability,” Egypt’s COP27 ambassador Wael Aboulmagd said in response to the criticism.

The debate on fossil fuels has been a long time in the making, with developed countries increasingly pushing for a transition away from the energy source. Developing countries in Africa and the Gulf have both been vocal supporters of a slow, low-emission transition to renewables that relies on more natural gas in order to meet energy demands, as renewables remain intermittent.