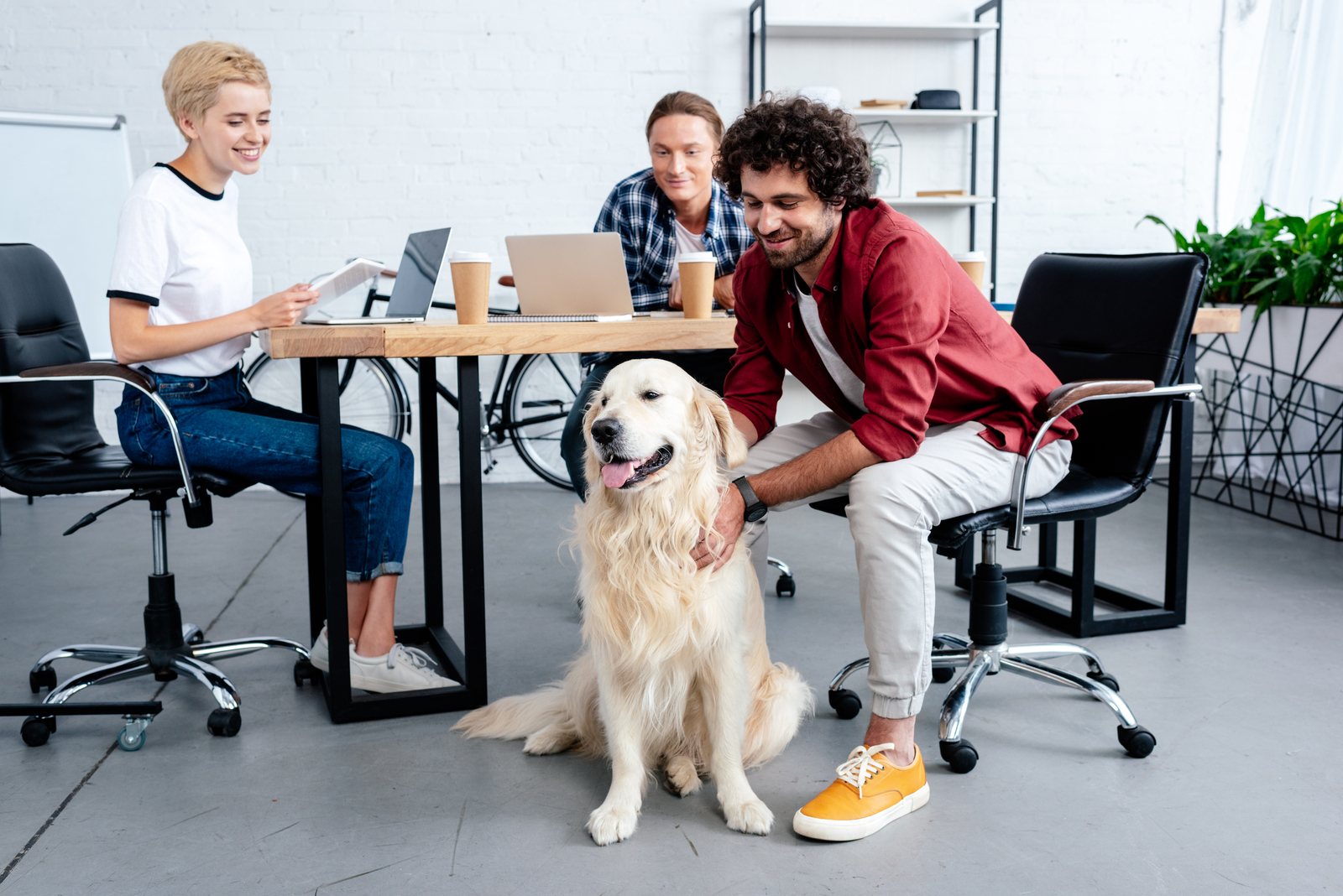 Dog-friendly offices land in Japan: Tech giant Fujitsu is taking a leaf out of the Silicon Valley playbook and allowing dogs at one of its offices until the end of the year in a bid to encourage wellbeing and productivity, Bloomberg reports. The dog office comes replete with its own indoor play area and free dog food and is accessible by a dedicated elevator, so employees with allergies — or who just don’t like dogs (gasp) — can go about their business unbothered.

Prominent tech companies in the US made their offices dog-friendly years ago. Amazon has 4k doggos registered at its Seattle headquarters, while Meta, Lyft, Alphabet and Netflix also allow dogs at their offices. “We studied big tech firms in the US, and got the inspiration to create an office with a collaborative layout conducive to coming together, chit-chatting and brainstorming with each other,” Fujitsu Chief Human Resources Officer Hiroki Hiramatsu said.

Pups are good for business: According to a 2021 study published in the journal Animals, allowing dogs at the office can lower stress, foster cross-departmental interaction, and promote employee well-being. We already know this, as the proud extended family of several Enterprise puppers who come to hang out in the office on the regular.

​​​​Football legends warm up for their final World Cup waltz: Some of the greatest goal scorers and playmakers in the game's history, including football superstars Lionel Messi and Cristiano Ronaldo, are about to take part in their last World Cup, the Wall Street Journal points out. Along with Argentina’s Messi, 35, and Portugal’s Ronaldo, 37, we won’t see another World Cup featuring Croatia's Luka Modric and France's Karim Benzema (both of whom play for Real Madrid). One of those four players has been awarded every single annual Ballon d'Or award since 2007, given to the world's finest footballer.

Messi and Ronaldo aren’t the only giants who could be absent in 2026: Poland and Barcelona striker Robert Lewandowski, who has scored more than 550 goals in his career, is 34 and inching toward retirement. Former German boy-wonders Manuel Neuer in goal and Thomas Muller up forward, who together led their country to the 2014 World Cup, are also likely starting to think about life post-football. And Brazil's Neymar, who for years was the game's third-best player behind Messi and Ronaldo, said in a recent documentary about his life that he believes this will be his last World Cup. “The game will look different without them,” said former Italy striker Alessandro Del Piero.

Online bullying is taking a toll on children in the Middle East, according to findings of a poll by Cartoon Network Mena and YouGov, the National reports. More than half of 3k parents of children aged 6-12 surveyed in Egypt, the UAE, Saudi Arabia, and Turkey said they had noticed an increase in cyberbullying. That could be higher than the global average, the UAE newspaper says, citing a UNICEF poll that suggests one in three children across 30 countries has been the victim of bullying. Kids in the four Middle East countries are most commonly bullied over their weight, lack of social skills, nationality, and not owning the must-have gadgets. Parents observed their kids struggle with low self esteem, anxiety, depression, anger, and in severe cases self-harm as a result of bullying. Cyberbullying accounted for more than half of all bullying in the region, according to the study.

The good news: Organizations and schools are grasping the know-how to rein in cyberbullying. A majority of parents said they thought their kids’ schools were doing everything in their power to prevent bullying. Cartoon Network Mena continues to collaborate with UNICEF Middle East and North Africa on a Buddy Network campaign, sparking conversations about the effects of bullying on mental health, and producing content to raise awareness on the topic.