THIS EVENING: We have a new Supreme Investment Council headed by the president + Poland says missile attack likely wasn’t intentional

Good afternoon, wonderful people. It’s only almost-THURSDAY, but it feels like the week has somehow pulled a sneaky on us and shoved in a few extra days before the weekend.

Cabinet sets up Supreme Investment Council under the presidency: The Madbouly Cabinet approved today a presidential decision to set up the Supreme Investment Council, which will be headed by the presidency, according to a statement. The council will also see the prime minister, the Central Bank of Egypt governor, and unspecified ministers among its members, the statement says.

Missile strike wasn’t intentional, Poland says: A Russian-made missile that struck a village in Poland and killed two people was likely a Ukrainian air defense missile, and not an intentional attack from Russia, Polish President Andrzej Duda and NATO chief Jens Stoltenberg said. US President Joe Biden had also signaled earlier today that it was “unlikely” the missile was fired from Russia. The story is leading the conversation in the international business press this afternoon, with front-page coverage from Reuters, Bloomberg, the Financial Times, CNBC, and the Wall Street Journal. 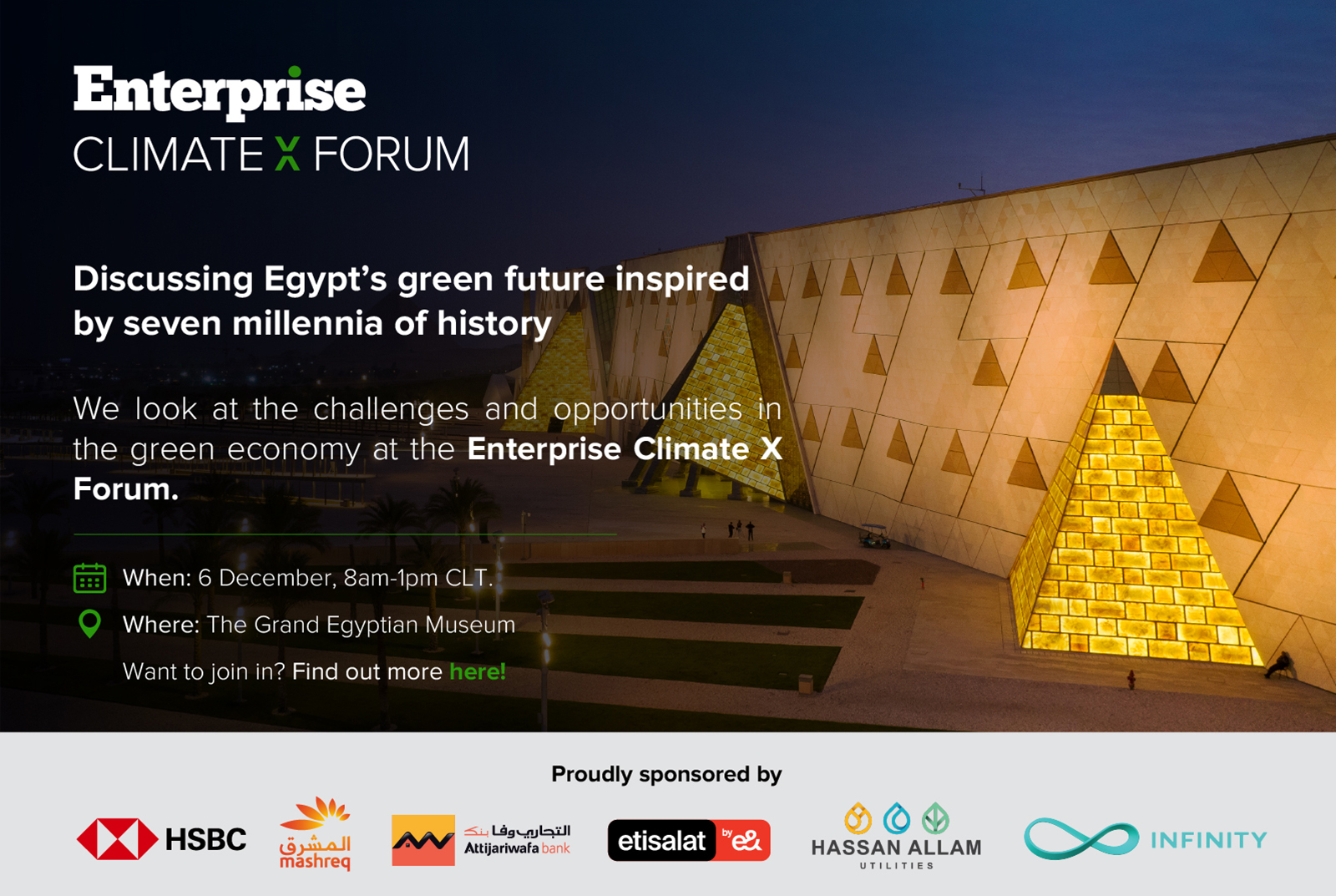 From Sharm to the Grand Egyptian Museum — the business community will move the talk about a green transition ahead at the Enterprise Climate X Forum, which takes place at the Grand Egyptian Museum on Tuesday, 6 December 2022. We can think of no better place to discuss the world’s most important industry than in a world-class museum that stands as a testament to our nation’s ability to persevere (and innovate) for seven millennia. And it seems you can’t either, judging by the responses and statements of support we’ve been getting.

What’s the Enterprise Climate X Forum? It’s our first industry-specific conference, where CEOs, top execs, investors, bankers and development finance folks have the chance to talk about how to build a climate-centered business — and how to make sure your business continues to have access to the funds it needs to grow. You can learn more on our conference website here.

Some of the biggest names in business and finance are on board — are you? If you’re a C-suite exec, business owner, climate professional, DFI staff, investor or banker, please email us at climatexrsvp@enterprisemea.com to signal your interest, letting us know your name, title and where you work.

PSA #1- If you’re self-employed, you have to register in the Tax Authority’s e-invoice system by 15 December. This includes self-employed doctors, engineers, lawyers, and artists, the Egyptian Tax Authority said in a statement. Only e-invoices will be considered for VAT deduction or refunds as of 1 April, 2023.

What e-invoicing system? In late 2020, the Tax Authority launched a pilot program for B2B e-invoicing with 134 companies, before expanding the system to all large taxpayers in July 2021. All B2B and B2C invoices across the country should be fully automated by December. We have a primer on the system, its purpose, the timeline of implementation along with a list of phase one companies here.

PSA #2- Good news for Upper Egypt startups: Applications for a Uplift4UpperEgypt — startup program run by Orascom’s Gemini Enterprises Africa, in partnership with the Sawiris Foundation, aimed at businesses in Upper Egypt, will open on 17 November, according to Al Mal.

☀️ TOMORROW’S WEATHER- It’s going to be another pleasantly sunny day tomorrow, bringing us a daytime high of 25°C and nighttime low of 15°C, according to our favorite weather app.