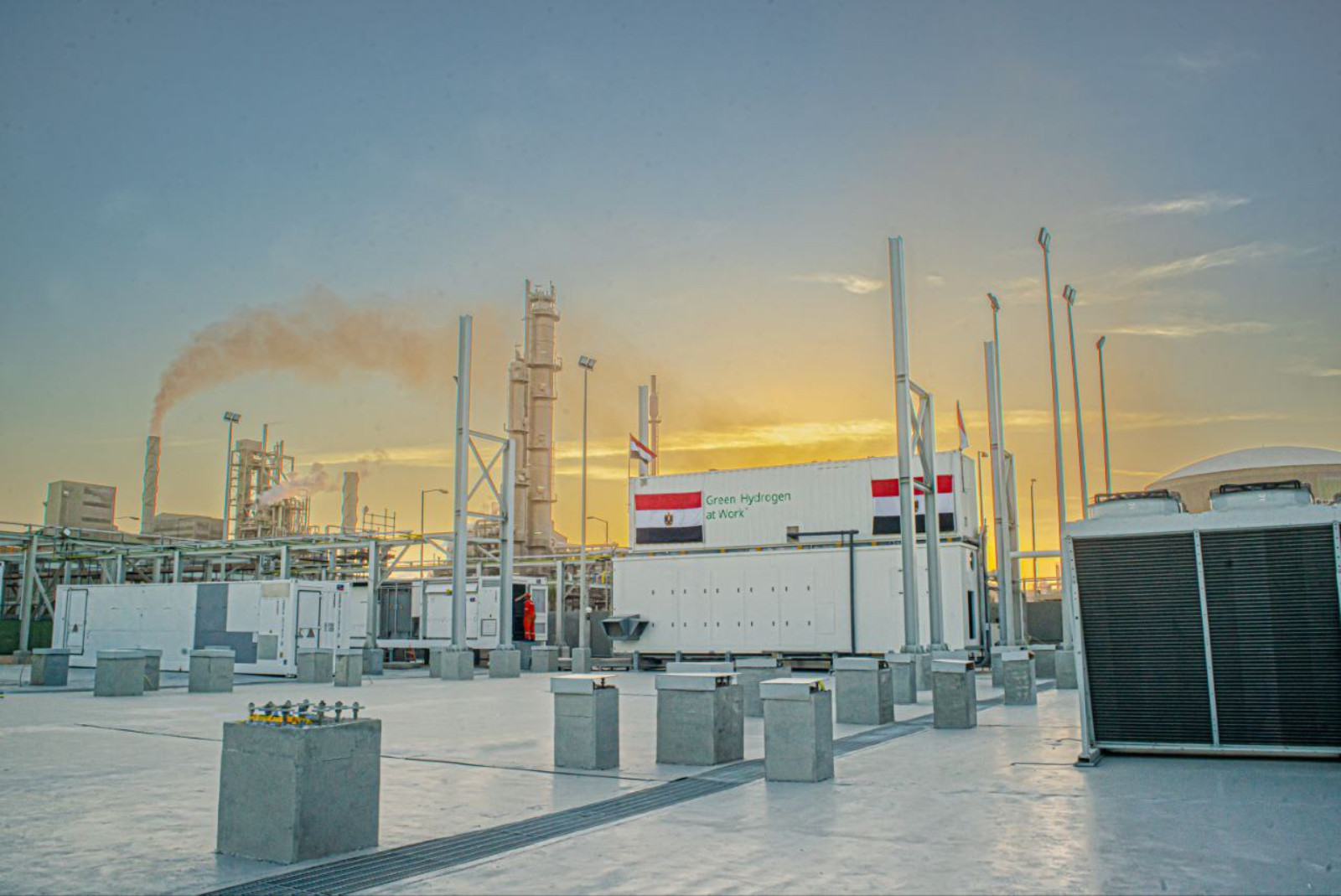 IT’S LIGHTS ON FOR OUR FIRST GREEN HYDROGEN PLANT-

SOUND SMART- Commissioning is the term contractors use to describe the final stages of pre-launch testing — the plant is done and it’s now going live.

What they said: “As the first green hydrogen project on the ground, the commissioning is symbolic of how COP27 is the conference of action and implementation,” Planning Minister Hala El Said told Enterprise yesterday. “This project represents a practical response to the need to meet rising energy demand with minimum emissions. The first integrated green hydrogen plant in Africa, delivered in record time, shows what can be achieved when we collaborate around a shared ambition,” UAE Minister of Industry and Fertiglobe Chairman Sultan Al Jaber said.

More of this, please: “Orascom Construction created the know-how for the construction, wrap-up and balance-of-plant as the first EPC contractor to be involved in the hydrogen business in Egypt and Africa,” OC CEO Osama Bishai told us after the commissioning yesterday.

Egypt wants to establish itself as a regional hub for green energy: International companies have signed USD 33 bn worth of preliminary agreements for green ammonia and hydrogen projects this year, the most recent of which was with Maersk for a huge USD 15 bn facility capable of producing 3 mn tons of fuel a year.

More green hydrogen talk at COP: The government is expected to make a string of green hydrogen announcements — including the national hydrogen strategy — and sign final agreements with a number of companies during COP’s two-week run. Enterprise Climate has the full rundown on what could be in store.

Uh, Enterprise? What’s green hydrogen? We’ve got the basics for you here in Enterprise Explains.

Progress on the Al Nowais Sokhna green hydrogen project: Al Nowais subsidiary AMEA Power is finalizing the technical details for a 500-MW green hydrogen plant in Ain Sokhna, CEO Hussain Al Nowais told Bloomberg Asharq in an interview on the sidelines of COP. The plant will have an initial investment cost of USD 800 mn — with AMEA Power covering 70% — and is expected to break ground in the second half of 2023, Al Nowais said. The project will be geared towards export to European and Asian markets, he added.

MORE ON OUR FIRST WASTE-TO-HYDROGEN PLANT-

More to come on the project this COP? Final agreements for the project could be signed at this year’s COP, H2-Industries’ founder, executive chairman, and CEO Michael Stusch told us back in June, when we sat down with him to discuss plans for the facility in our weekly Going Green vertical.