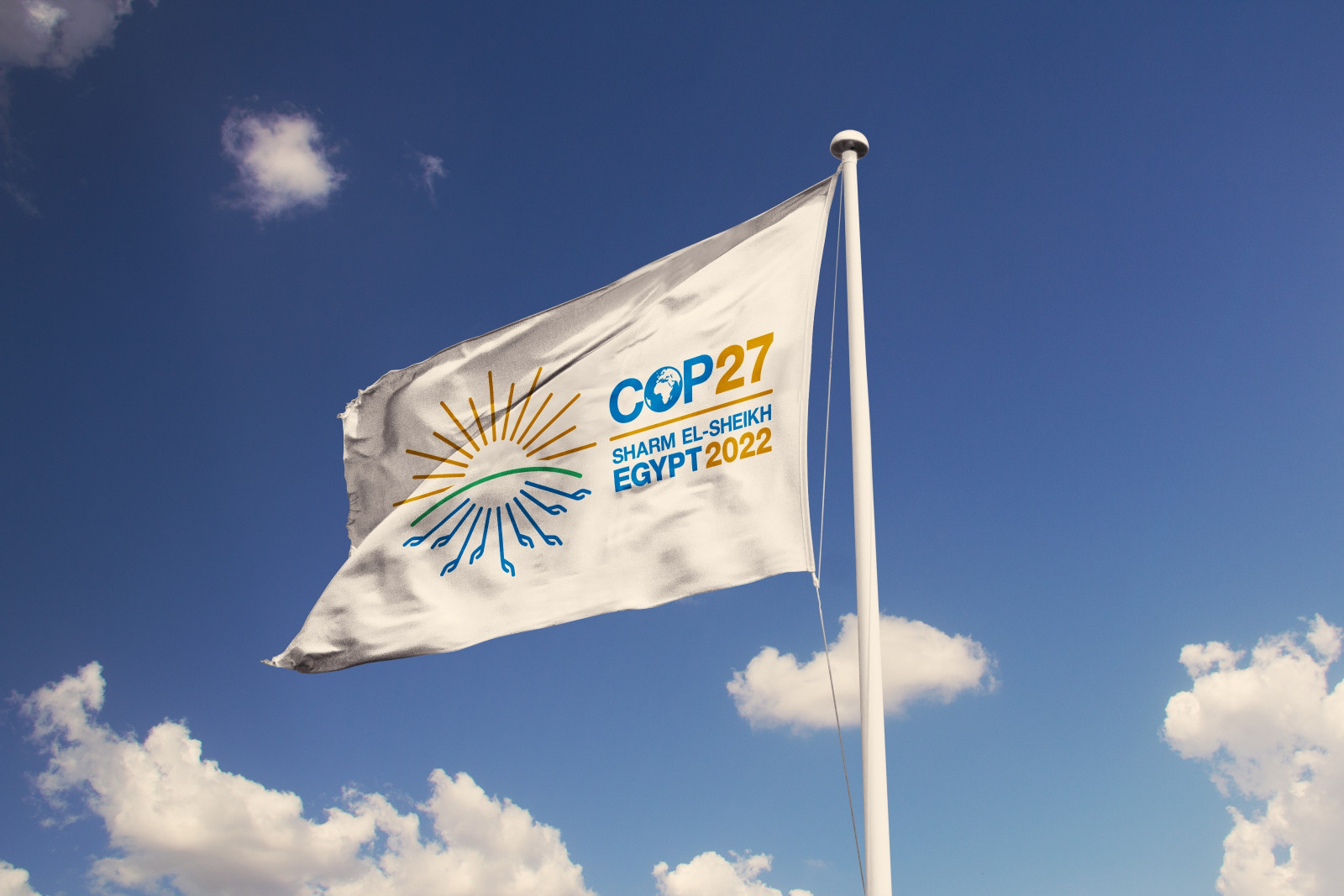 Everything you need to know as COP27 kicks off: Today is the first day of the two-week UN climate summit and Sharm El Sheikh is glowing green as it welcomes over 40k participants who registered to take part in the event.

More than 120 world leaders will attend this year’s COP, special representative for the COP27 presidency Wael Aboulmagd told reporters over the weekend, the Associated Press reports. That includes US President Joe Biden who will be in Sharm El Sheikh on 11 November.

Several key figures will be absent: Neither Chinese President Xi Jinping, Indian Prime Minister Narendra Modi, nor Russian President Vladimir Putin are listed on the provisional list of speakers, while Canadian PM Justin Trudeau, and Australian PM Anthony Albanese have confirmed that they will not attend.

Theme #1 of this year’s COP: Doing, not talking. Implementation is the main theme for this year’s COP, Aboulmagd said (watch, runtime: 8:59), adding that it is time to start executing the Paris Agreement and other previously agreed climate pledges. “It's fine to show good intentions and get the headline. But if there's no follow-up, it becomes empty words and people start losing confidence in the entire process,” he told S&P Global, regarding the global pledge agreed at last year’s COP to reduce methane emissions by 30% by 2030.

Theme #2: Leave politics at the door. “It has to be a watershed moment where the world rises above differences that exist outside of the realm of climate change to come together to address what is perhaps the most universally acknowledged threat to humanity,” Aboulmagd said. This comes amid rising tension between the US and China and further escalations in Russia’s war with Ukraine. “Everyone is now aware of the gravity of the situation, of the enormity of the challenge, and have come here hopefully to work together,” he added.

Theme #3: Climate finance for those on the frontlines. Developed nations have so far failed to fulfill their financing commitments to poorer countries, Aboulmagd said, adding that developing nations need tns of USD in financing and getting them to fund it through debt is not sustainable. Funding, including compensation for loss and damage, has been a major topic for policymakers we’ve spoken with in the run-up to the summit, including Egypt climate czar Mahmoud Mohieldin (here and here).

The World Bank weighed in with climate finance advice ahead of the summit: Developing countries can cut their emissions by 70% by 2050 if they invest an average of 1.4% of their annual GDP — a “manageable amount with appropriate private sector involvement,” the World Bank said in its latest climate change and development report (pdf), which looks at how climate change impacts development goals in 20 developing countries. But low-income countries will need financing from richer economies in order to cover their investment needs for climate action, which in some cases amount to more than 5% of their GDP, the bank notes.

Theme #4: Energy security. Each country needs to balance decarbonization targets with ensuring access to energy, Aboulmagd said, pointing to the role of gas as an increasingly accepted ‘transition fuel.’ He asserted developing nations’ right to continue to exploit fossil fuels as they push for growth, but added that it’s not constructive to pitch the debate as a battle between developed countries’ climate goals and developing countries’ need for growth.

Will there be protests? Global media has been banging the drum about the likelihood of Egypt refusing to allow protests at COP, but AP reports that “Aboulmagd said activists will get their space, with special arrangements already put in place ‘for those who want to organize demonstrations or protests or stand-ins.’” A large rally midway through the talks “will be taken care of” if organizers “submit the names of contact persons” and agree the protest march route with Sharm city officials, Aboulmagd added.

US Secretary of State Anthony Blinken called on Egypt to allow civil society groups to participate in COP27 during a phone call with Foreign Minister Sameh Shoukry, according to a State Department readout of the conversation. The US’ top diplomat said Egypt had made “tangible progress” on human rights but called on the government to continue to pardon detainees and improve due process. Shoukry said that authorities will allow NGOs and representatives from the private sector to participate in the summit, the Egyptian Foreign Ministry said.

We could be exporting more LNG to Germany and getting hold of green hydrogen tech: Two declarations of intent signed between Egypt and Germany could see Berlin increase imports of Egyptian LNG and share technology for producing green hydrogen, the German government and the Egyptian Oil Ministry said Thursday.

The details: The first agreement will see knowledge exchange on green hydrogen including the localization of German technology, cooperation on specific green hydrogen projects, and the promotion of joint investment and research to help build our nascent green hydrogen sector. The second agreement could see us export more LNG to Germany as Berlin continues to search for new suppliers to replace Russian gas.

The local green projects that will present at COP: The government’s Smart Green Governorates initiative has selected its 18-project shortlist to be presented for funding at COP, it said Friday. The projects all use technological solutions to address environmental issues and were chosen based on their feasibility, scalability and impact. They include e-scooter startup Rabbit Mobility and the early warning climate system initiative. The projects were picked by a jury including UN High-level Climate Champion for Egypt Mahmoud Mohieldin and other senior officials and climate experts. We sat down with the initiative’s coordinator, Hisham Badr, last month to find out more.

Egypt might be getting its first legislation of its kind on climate adaptation after Rep. Amira Saber submitted a draft bill on the topic, Al Shorouk reported. Saber said she submitted the bill to underscore that policymakers are serious about climate change and lining up funding for green economy projects. The bill targets addressing shortcomings in the country’s existing environmental legislation, she said.

Climate neutrality by 2050? The bill sees the state committed to achieving climate neutrality by 2050, with substantial action that includes a comprehensive survey for all state institutions to measure their carbon footprint by no later than December 2023. It also seeks the establishment of a non-governmental advisory committee at the National Council for Climate Change and a monitoring and reporting unit at the council.