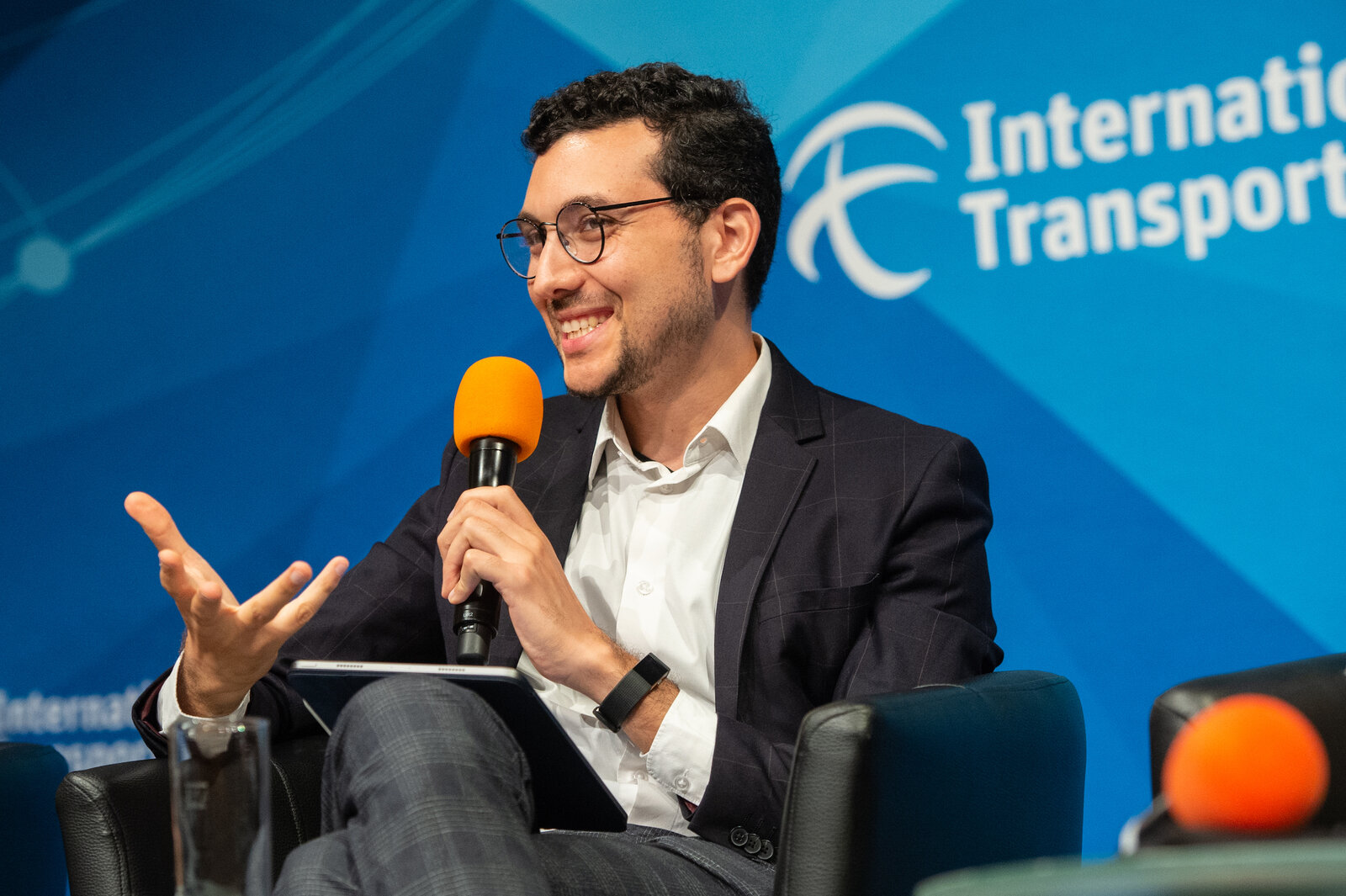 An interview with Mohamed Hegazy, UN climate champion team member and director of urban transit research and consultancy firm Transport for Cairo (TfC): As a strategic advisory consultancy, TfC has been using its knowledge creation, data, toolkits, and research as an activist consultancy to champion the cause of sustainable mobility in emerging cities for years.

We spoke with founder and director of the firm, Mohamed Hegazy (LinkedIn) about what it has in store for COP27 and his role in the UN climate champions team— a group working alongside Dr. Mahmoud Mohieldin to advance the climate agenda at the summit and deliver the goals of the Paris Agreement.

Below are edited excerpts of our conversation:

ENTERPRISE: Tell us what TfC has in store for COP27.

MOHAMED HEGAZY: At the conference we will hopefully present our next big project which will involve implementing 100 e-buses in Greater Cairo through the Environment Ministry air quality loan. We are part of the consortium awarded the project and will be implementing it over the next year.

Another project we will present is the Mobility Assessment, Public Transport Improvement Study (MAPTIS) — a study into public transport in the Greater Cairo area supported and financed by the World Bank for the benefit of the Transport Ministry. TfC supported the study by helping to model investments. It's the first study of the metropolitan area in 20 years, and there's a distinct climate angle incorporated into all recommendations.

We'll also present the Sixth of October Sustainable Urban Mobility Plan (SUMP) (pdf), a project carried out with the support of the German Friedrich Ebert Stiftung. We created the first city-level scenario in Egypt over the climate impacts of public transport interventions and identified the scenarios to reduce climate emissions by half by 2030 compared to the worst case scenarios.

E: What is a critical outcome you are hoping to achieve from COP27?

MH: We need to start reframing our understanding of transport and climate. We often talk about the improvements that the current investments in the transport sector will bring from a climate perspective but we don't talk about the system itself, how many cars we have, and how many more we will have in the future.

It's really about shaping the narrative of transportation. We need to expand the dialogue to how hard infrastructure — the roads and the railways — are used, including the buses and the informal services, prices, incentives, and the choices people make in terms of transport. The SUMP and MAPTIS were the first studies of their kind to include a full data set of informal transport in Cairo — microbuses, the cooperatives and so on — and they look at what is needed on a climate level, including a list of investable and bankable projects the government ought to be investing in and taking to development banks for financing.

E: Has TfC contributed anything to the conference?

MH: Transport and climate are often understood as infrastructure investments, which is very true, but interventions are also about sustainable development and about behavioral change. One of the things that have been shown to be most effective and most asked for in the passenger surveys is passenger information.

To support this, we contributed the services of our Passenger Information System (PIS) Maps Labs on a voluntary basis to design a Travel Guide for COP27, working heavily with the Ministry of Foreign Affairs and the Governorate of South Sinai. Attendees of COP27 will be able to use these maps, including cycling maps and the routes for 140 e-buses, and see how they link with the walking infrastructure in Sharm el Sheikh. The guide will also include how to travel sustainably to Sharm for the conference. We hope this contribution will show and hopefully change how transport is perceived on the global climate stage as not just hard infrastructure, but also the soft targeted interventions that cause behavioral change.

Infrastructure investments can support sustainable mobility in all its forms — not just hard infrastructure but also soft intervention like passenger information systems. We hope our engagement at COP27 can show the value of this and convince the international community to invest in soft interventions that cost 1 USD today and yield 100 USD in return on investment tomorrow.

E: What is the best path forward to decarbonize transport in Egypt?

MH: I think that we need to invest in institutions and people, with an explicit mission of moving us sustainably towards the future. We really need to invest and focus our attention on the institutions that we have — like for instance the regulation of thousands of buses and the hundreds of thousands of informal microbuses that form the backbone of our transport system — and build the human capacities on the public side that engage with this huge, effective private sector.

We also need to invest in fare systems or targeted transport subsidies for users, because these soft interventions are the ones that are going to make or break the transition to a more sustainable mobility system and the adoption of new infrastructure like the monorails, the expansion of the metro, the Alexandria tramway, and the national electric rail system.

E: How does this tie in with your role within the UN climate champions team?

MH: I serve as co-lead on road transports within the initiative, which involves basically taking a “systems change” approach to everything that moves on land — between cities and within cities — and how we can decarbonize it to reach net zero by 2050, but also make it resilient and adapt to the changes that we are already witnessing today.

We focus on reframing the discussion of transport and climate to become inclusive geographically and technologically by focusing on emerging markets, particularly Africa. We focus on the entire transport system — not just roads and vehicles, but also the expansion of the public transport system and the behavioral change away from using cars.

We also focus on how we can exponentially expand the amount of finance that goes into improving transport in emerging markets by using innovative blended finance models. This finance is required to increase the share of electric cars, vans, buses and trucks on our roads.

The third thing we focus on is labor: How can we ensure the [green] transition that takes place is equitable and just? Because public transport, or even freight, is really more about the creation of jobs than it is about the movement of people and goods. When you come to decarbonize that, you want to make it resilient to change.

I am also advising the Foreign Ministry on the Sustainable Transport Initiative of the Egyptian COP27 Presidency. This initiative is about operationalizing some of the concepts that I just mentioned, but more importantly, facilitating the discussion on behalf of the transport community that we take into COP27. It is about building on COP26 and carrying the torch through to COP28 in Dubai, and helping facilitate a discussion in the transport community on how to decarbonize and make transport more resilient.