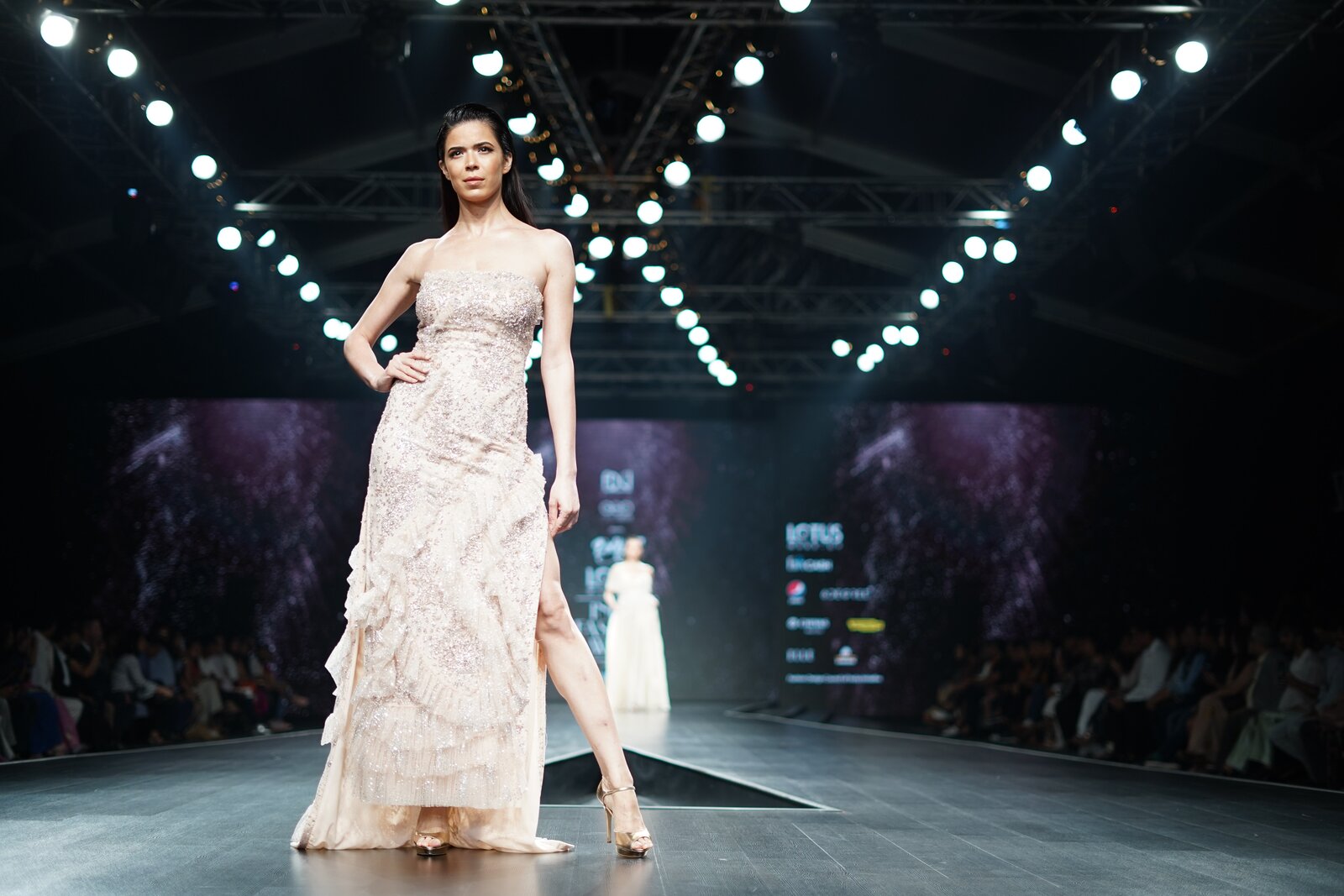 A brief history of fashion week— Long before the likes of Kendall Jenner and Bella Hadid flocked to the fashion week runways, instigating a paparazzi frenzy and flooding Avenue Montaigne with a sea of influencers, there were… paper dolls. In the first half of the 19th century, clients hoping to get an idea of what their final garments would look like had to do with mannequins or fashion dolls dressed in miniature replicas of garments that were sewn or made out of paper, according to The Good Trade.

Fashion designer Charles Frederick Worth was the first to use live models to showcase his designs to clients in Paris in the 1860s, laying the groundwork for what we now know as the ‘Big Four’ Fashion Weeks (New York, London, Milan, and Paris), which typically take place twice a year in February and September. These salon shows were exclusively for elite clientele. They gave way to more formal fashion “parades” where models were called up via the number assigned to the design they were wearing to walk in front of an audience of clients. Catch the number-holding thing in this catwalk scene from the 2017 movie Phantom Thread (watch, runtime: 2:39).

Marrying fashion and socializing: In the early 20th century, designer Paul Poiret began throwing lavish balls where he would showcase his designs in-action. Lady Duff-Gordon was doing the same in London, inviting strategic guests to these events to create a buzz around them, Vogue reports.

The next evolution: Department store Ehrich Brothers held its own fashion show in New York in 1903, according to Reader’s Digest. Other department stores soon followed suit and invited press to these balls and walking events.

By the 1920s and 1930s, Parisian fashion shows were getting more intimate. Renowned fashion houses like Coco Chanel and Elsa Schiaparelli were on the rise — as was heightened anxiety about designs being copied, so fashion shows became more individualized, exclusively client-only events, where photography was often banned. Clients would travel to Paris to attend shows, but the onset of World War II led to a pause amid the Nazi occupation.

At last, to the first fashion week: With Europe preoccupied with the war, US fashion publicist Eleanor Lambert jumped at the chance to promote American designers, The Good Trade reports. In 1943, she invited the media to a "New York Press Week" — a series of shows that ultimately became the first Fashion Week.