Part 2 of our exclusive sitdown with Mahmoud Mohieldin, the UN climate change high-level champion for Egypt 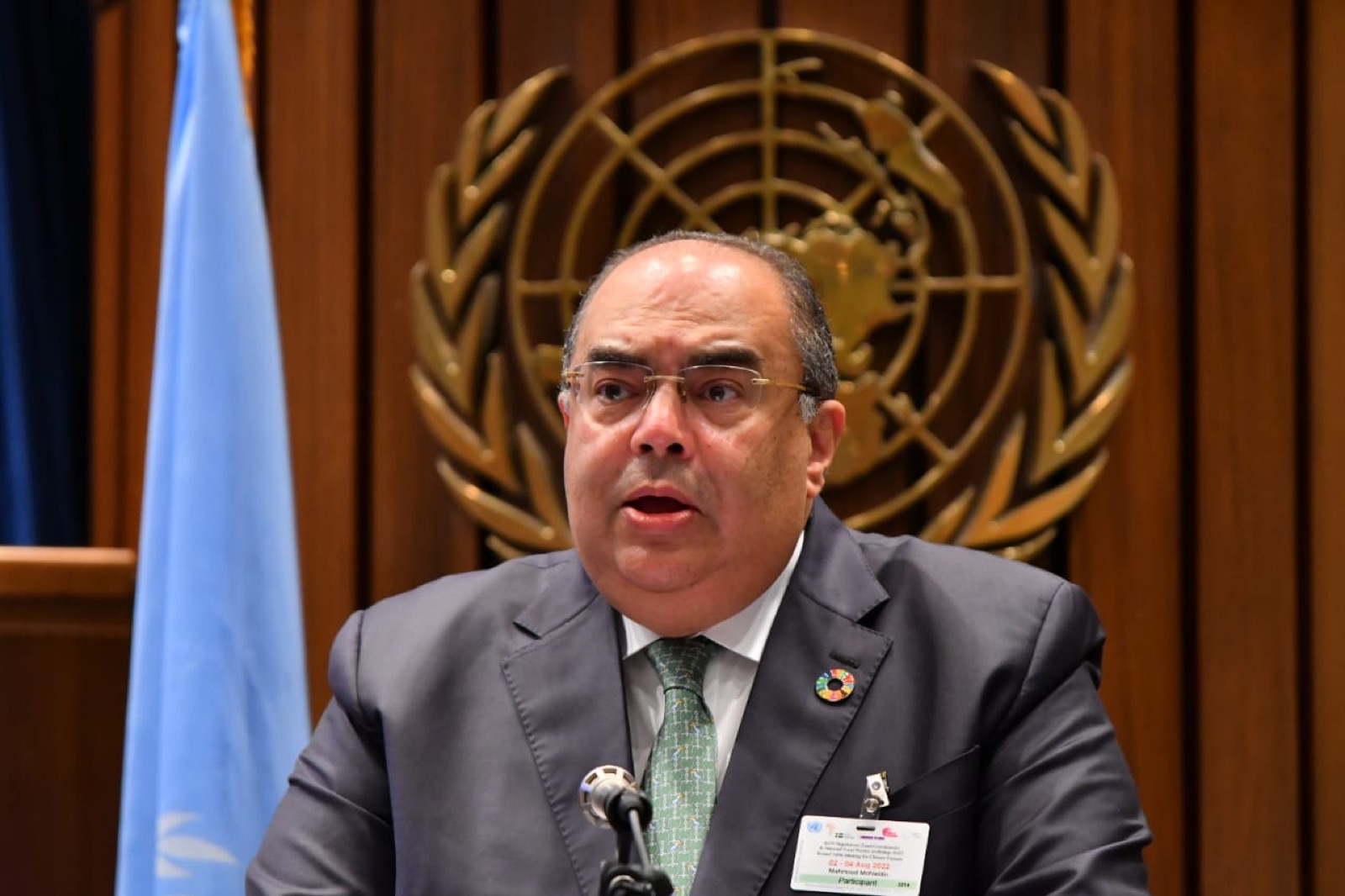 The role of the private sector in tackling the climate crisis: On a global scale, the world has barely made a dent in the climate finance target of USD 100 bn — bearing in mind the true bill is actually in tns of USD — UN High-level Climate Champion for Egypt Mahmoud Mohieldin told us in the first part of our two-part interview. With so much still left to do, the big questions are: How can we tackle this daunting funding gap? And whose responsibility is it to fix: governments or the private sector?

In this second part of our talk, Mohieldin tackles the hard questions on climate finance: from the role of the private sector — and especially mid-sized business — vs the role of governments, to climate debt vs climate investment. He also gives us a sneak preview on what to expect during COP27.

MISSED PART 1 OF OUR TALK? You can read it here.

ENTERPRISE: What’s the role of the private sector versus that of the state in plugging the financing gap?

MM: With the climate gaps being in the USD tns — not USD bns — the private sector isn’t the singular answer, but it has a big role.

The private sector more or less knows its way on how to engage in mitigation, decarbonization, solar projects like in Benban in Egypt or in Ouarzazate in Morocco. Private businesses are investing in wind farms, and in the case of Egypt, in green hydrogen and ammonia. Those are all private-public partnerships (PPPs). And I’m saying private first because the private sector brings the technology and the finance while the public sector provides land and the regulatory framework.

ENTERPRISE: Does the private sector have a role to play in adaptation?

MM: I think it’s struggling there. What are the commercial benefits? They’re not as clear in all aspects of the adaptation work. But if you look at the nexus of energy, water, food and agriculture, I think you can see room for the private sector to do nicely on adaptation.

ENTERPRISE: What about the state?

MM: Well, that’s the elephant in the room. Public finance in developing economies is responsible for a huge part of the climate action agenda, especially in adaptation, and also in mitigation, where we see all of this investment in solar, wind and green hydrogen. That’s either public or through PPPs.

I would say that mitigation needs really to be given more to the private sector to lead, domestic and foreign, under the regulatory framework of the public sector with some room for development finance institutions.

But adaptation is mainly the responsibility of state budgets. My argument here is that we need full alignment of the state budget with sustainability at a minimum. This then needs to progress to a shadow budget for sustainability or, on a great day, an SDG-sustainability budget that includes infrastructure, health, education, resilience, governance. Anybody who benefits from the state budget should be aligned with the SDG priorities for the current challenges and for the future.

ENTERPRISE: You spoke earlier about the need to do all of this without adding to debt…

MM: Absolutely. More than 60% of finance for climate action is coming from debt instruments. I’m concerned that just c. 12-13% of this debt-based finance is concessional. In a world that faces a variety of debt challenges, with rising cost of investment, with rising interest rates. We need debt-reduction mechanisms and the emphasis instead needs to be on investment.

Tap or click here to catch the rest of the interview in this morning’s Enterprise Climate here.