It’s official: Gov’t is on board with a flexible exchange rate 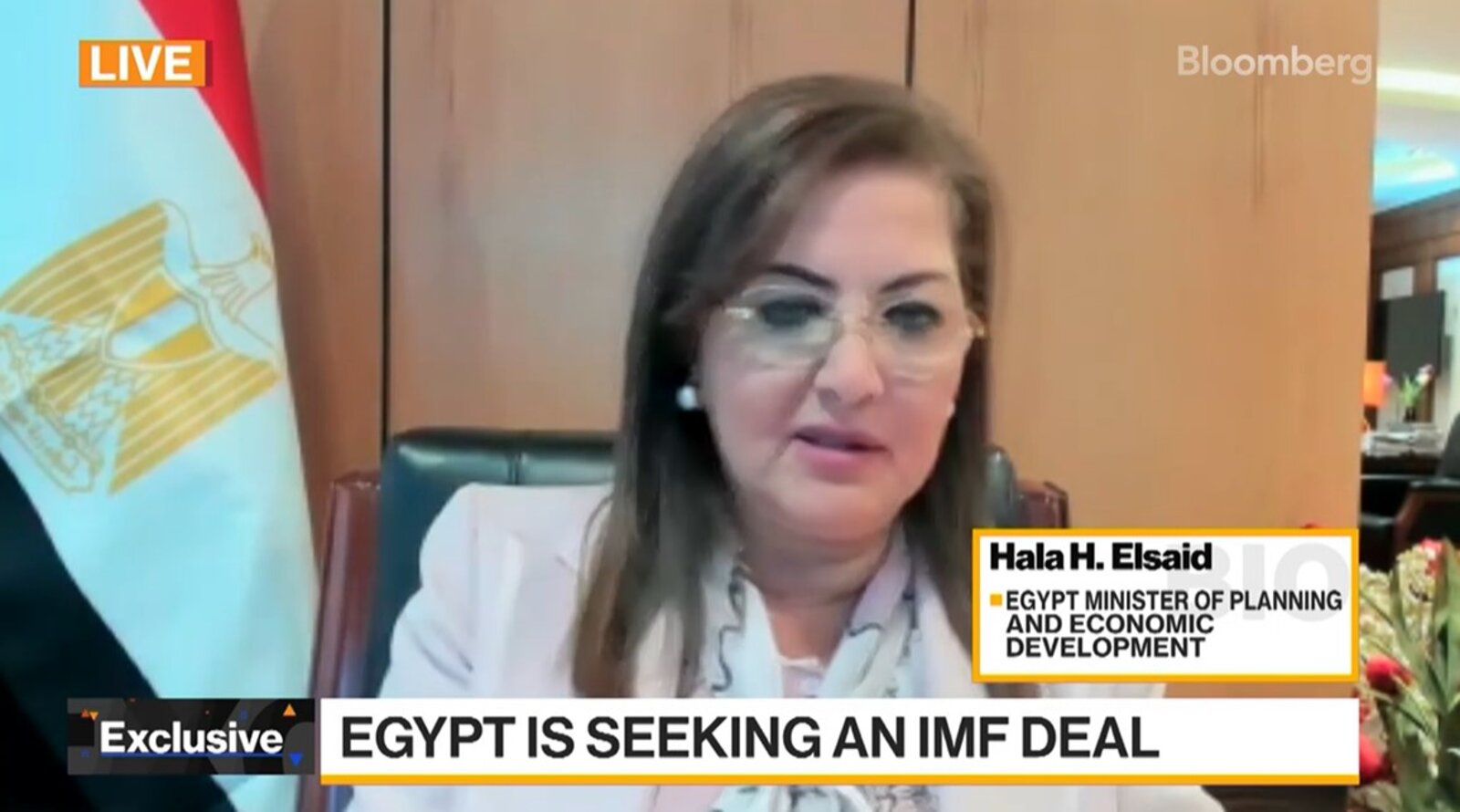 “We as a government do agree that a flexible exchange rate is definitely good for the economy,” Planning Minister Hala El Said told Bloomberg yesterday in a televised interview (watch, runtime: 6:40). El Said also had news on the state privatization program, saying that the Sovereign Fund of Egypt has set up a pre-IPO arm to bring strategic investors onboard ahead of plans to list state-owned firms.

El Said’s remarks will make the folks at the IMF happy: With talks now said to be in the final stages, the IMF has said a more flexible exchange rate is a key condition for agreeing to a new assistance package, while concrete steps towards selling stakes in state assets will likely also play a role.

Everyone in cabinet is singing from the same hymnal: El Said hit many of the same points that Finance Minister Mohamed Maait covered last week in his media blitz on the Sisi administration’s plans to see us through the current bottleneck.

El Said is the first government official to make a public statement saying cabinet supports allowing the EGP to move more freely against the greenback. Her remarks come after weeks of speculation that new central bank governor Hassan Abdalla will allow the currency to depreciate further against the USD to help secure an assistance package from the IMF, attract foreign capital, and break an import logjam.

The key question now: Will the float be sudden or gradual? With more EGX flexibility now seeming all but inevitable, market watchers are asking whether the pound will slide against the greenback at a slow pace or whether we're in for a 2016-style shock devaluation. Either way, most market watchers are forecasting a double-digit depreciation by the end of the year, with BNP Paribas forecasting the currency to settle at EGP 23-24 to the USD. One USD is currently changing hands at USD 19.29, with the pound having slipped more than 20% since the devaluation in March.

*** Where do you see the FX rate settling? Tell us in our Fall 2022 Reader Poll, which closes tomorrow.

SMART POLICY- The gov’t has set up a fund to place stakes in state-owned companies with strategic investors ahead of IPOs: The Sovereign Fund of Egypt (SFE), which El Said chairs, earlier this week set up a pre-IPO fund to offer stakes in state-owned companies to “strategic investors and different sovereign wealth funds” ahead of listing them on the bourse, El Said said. The government would then look to list the firms “when the market is ready,” El Said said.

Which companies are up for grabs? The new fund would look to acquire stakes in state-owned assets including those under the Public Enterprises Ministry, port and transport firms, and companies operating in the New Administrative Capital, a government source told Enterprise.

We knew this was coming: SFE head Ayman Soliman in June said private stake sales would be the way forward for the state privatization program as volatile market conditions persist on the back of the war in Ukraine and volatility in global capital markets. Government officials have been keen to stress that the privatization program remains a priority even as IPOs are pushed back.

Does BoA know something we don’t? Analysts at Bank of America are still predicting the government to arrange a massive USD 15 bn, three-year facility with the IMF, Bloomberg reports, despite the insistence of senior officials here that any loan package will be much more limited. In a fresh report, the bank says “a large and ambitious IMF program is needed,” adding that a larger loan would require a flexible exchange rate. Finance Minister Mohamed Maait said that USD 15 bn was “too high” and “totally inaccurate” after Goldman Sachs predicted the same figure back in July. BNP Paribas is expecting a USD 3-5 bn package.