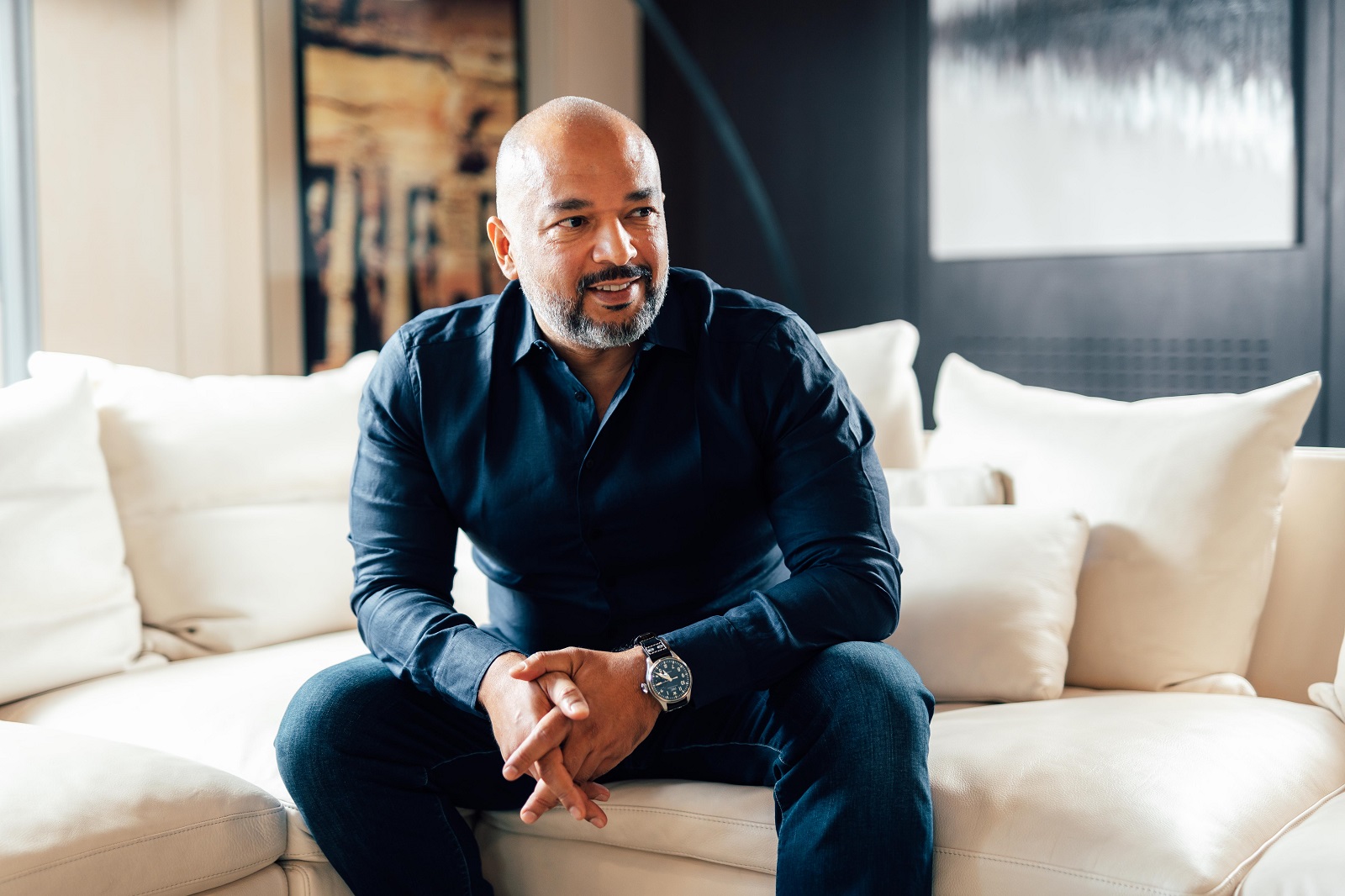 How Etisalat Egypt is moving from telco to “tech-co,” according to its CEO Hazem Metwally: Egypt’s telecommunications sector has seen its fair share of changes over the past decade. We have the arrival of 4G licenses back in 2016 (and the rough rollout of that), the arrival of new players, and the immense pressure placed on the sector and its infrastructure from the covid-19 pandemic. One company to have survived these topsy turvy moments was Etisalat Egypt — which officially rebranded in June as etisalat by e& — and it did it through innovation.

The company is no stranger to innovating in this market: After kick starting operations back in 2007, it became the first operator to provide high quality 3.5G services and was also the first to allow users to substitute their connection to 4G without needing to replace their sim cards.

The company then went digital with the My Etisalat app, which allows users to manage their accounts, check their balance, and recharge their credit. The company’s rebranding now promises to see the company transform into a full technology company, with entertainment — and more importantly for the country — a strong push towards financial inclusion and fintech. These moves have seen it grow its user base to around 29 mn users and in the midst of a difficult year riddled with FX shortages, managed to achieve revenues of around USD 326 mn in 2Q2022, according to its earnings release (pdf).

Leading the charge is long-time industry veteran Hazem Metwally (Linkedin). A true company man, Hazem joined Etisalat when it first entered Egypt in 2007 as its chief commercial officer, then served a three-year stint as its COO prior to his appointment as CEO back in 2015. Prior to joining the company, he was head of consumer marketing at Vodafone Egypt. It is perhaps not surprising that he was named African mobile telecom operator CEO of the year at the 2021 Telecom Review Excellence Awards for leading the company towards becoming one of the biggest operators regionally and gaining in excess of over a mn subscribers.

We sat down with him at the company’s HQ for a long conversation on where the company is going and how it is moving from just a pure telecoms play to a fully-fledged integrated technology platform.

Below, you can read in his own words Metwally’s vision for the company’s transformation:

Our transition all started with the My Etisalat app: The starting point for us was allowing customers to manage their telecom usage and subscription and then we built from there. We wanted the customers to interact more with our digital services by managing their subscriptions and redeeming their points. Our transition from a telco to a “techco” started from the mindset of how to empower the customer.

Traditional services and channels were just not cutting it: Call centers, while important, were not enough to provide the customers with the flexible empowerment they needed. Traditional telecoms also fell into several pitfalls that were overbearing for the customer. One example of that is how the industry overused SMS ads and messaging until it became less relevant to the consumer. As a telecoms operator, you are doing everything in big volumes, so a small mishandling of an SMS list could massively reverberate.

The transition is working because it is customer driven: And now with these new tools the load on our call centers keeps going down, which is a sign that we are empowering the customer more, and that ultimately, these changes are what the customer wants. We are obsessed with serving the customer, to the point of worrying about nitty gritty details such as the font on the app.

We weren’t always on the forefront: For example, our e-wallet service took some time to get up and running. I’ll be honest, one of our competitors was ahead of us and now we’re playing catch up. But we’ve been doubling the number of wallet users at a rate of a few times a year now. So now we are starting to see the needle moving and customers really adopting its usage.

What’s next? We’re looking at everything fintech: I think the market is still underserved with much of the population still unbanked.

On that front, we’re looking to launch a microlending company, where we are a majority owner and are partnering with the government. The goal is to provide real financial services to underserved enterprises. It’s a separate company from Etisalat Egypt — one with its own CEO and board — but one that can leverage our abilities as a major telecom operator and can integrate with our services. We have incorporated the company and are now applying for an NBFS license from the Financial Regulatory Authority, and we’re hoping to launch the company by the end of the year.

Delivery is also something that we plan to include among our tech-enabled services. We just signed a partnership with Elmenus that will help expedite customers ordering food online through our platform. We took our cue from our parent company, which launched Smiles to bring delivery services in the UAE. That service came out of our in-house loyalty program, where customers redeem points for payoffs on the delivery end.

We also rebranded and revamped our music streaming service, Twist Music. It started life as Etisalat Music and we kept building the proposition and the technology stack for it. And now we are out with a completely different brand. It’s available to everyone, not only Etisalat subscribers.

As for enterprise consumers: I think our enterprise ambitions remain largely unmet. But with time we have gained a disproportionate market share from what a typical third entrant might be getting. We’ve managed to get in on providing services to gated communities, but we’re also doing very interesting things with the Internet of Things.

We’ve also been awarded a tender to provide smart city technology to the new administrative capital. This is the first time we are a massive system integrator for a project of that scale and magnitude and we’re doing well.

I think when 5G comes, it’s going to be a game changer, and a big win for the enterprise division. We are prepared for the arrival of 5G. Whenever it’s ready we will be ready to jump ahead. In the meantime, we are building capability and investing in our in-house technologies.

What is all of this transformation leading up to? The vision we are working towards is a customer or enterprise that gets a suite of services through a consistent and repeated relationship with the telecom. Effectively, a one-stop shop for all services. That’s the trend the sector is heading towards if it wants to stay relevant.

Is Etisalat looking to become a super app? I believe we have the right ingredients from the tech-side and the right attitude as far as our curiosity about the customer to make it happen.

Playing in a different ecosystem: One of the main challenges we face in that transition is that we are playing in a different ecosystem — one that’s competing with the startups. Our workaround has simply been to both enable and engage tech startups. Enabling them through our infrastructure and engaging with them through partnerships that integrate their services through our platform. That’s why creating smart partnerships is one of our strategic pillars.

Macro environment — especially FX — also poses a challenge: One of the big challenges to this transition is the FX rate (which gives me the highest anxiety). We have liabilities in USD to invest. So, any adverse change in the exchange rate hits our PNL significantly.

I am, frankly, more optimistic hearing the government narrative about the investments and their attitude towards the private sector. And for us, we believe that we are one of the big private sector players that can really be a platform to spur further investments. So I’m definitely optimistic with where things are going on the policy front.

Playing the long game: The best hedge against macro turbulence is a long-term strategy that places the customers’ needs and wants above all else and at the expense of any short-term gain in revenues. Ultimately, longevity in this industry will remain about long-term customer loyalty. It’s fair to say that we’ve traversed this and other difficult climates by slow and steady growth in the number of repeat customers over a long period of time.