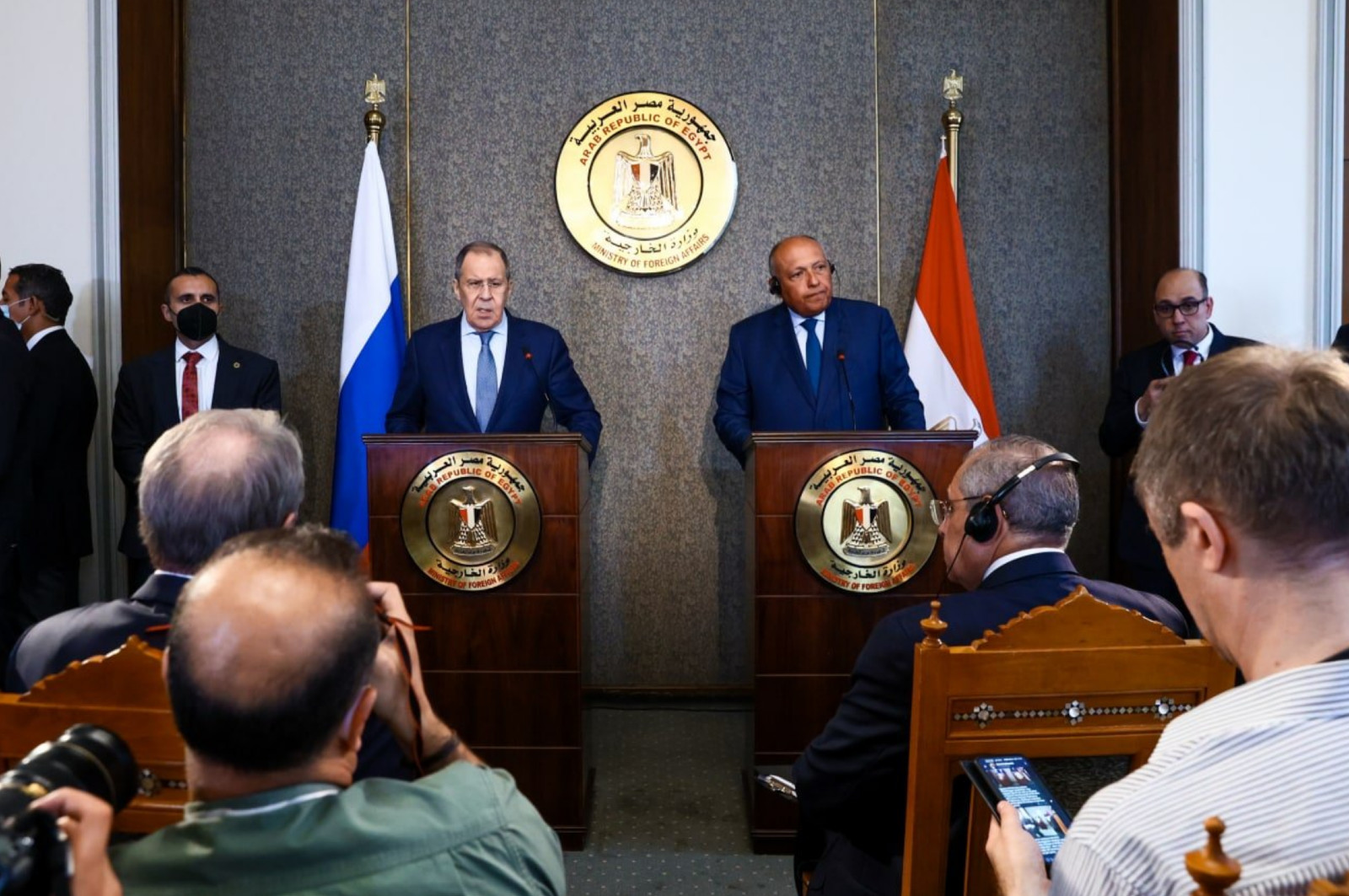 Shipments of Russian wheat are safe, Lavrov tells Egypt: Russian Foreign Minister Sergey Lavrov sought to ease Egyptian fears of a shortage of wheat and other grains during talks with President Abdel Fattah El Sisi and Foreign Minister Sameh Shoukry in Cairo yesterday. The meeting comes amid concern that its agreement to resume Ukrainian wheat exports may collapse after a Russian missile strike on a key port. “We confirmed the commitment of Russian grain exporters to meet their commitments in full,” Lavrov said in a joint press conference with Shoukry following the talks (watch, runtime: 32:11).

The catch: It’s not just Russia’s wheat that we (and other nations) need.

Wheat pact under threat: The UN- and Turkey-brokered agreement to reopen Ukraine’s Black Sea ports and unlock mns of tons of stranded grain was thrown into uncertainty just hours after it was signed when Russian missiles struck targets at Odesa port, appearing to put it in breach of the pact under which Russia had pledged not to target Ukrainian ports involved in shipping grain. Ukrainian President Volodymyr Zelenskiy indicated yesterday that Kyiv will continue to prepare for the resumption of exports, but said the attack showed that Moscow cannot be trusted to keep to the agreement.

The prolonged wheat crisis is costing us: Egypt sourced around 80% of its wheat imports from Ukraine and Russia prior to the war, with more than 20% coming from Ukraine. Record wheat prices earlier this year added an additional EGP 15 bn to the country’s import bill in the final four months of the fiscal year that ended 30 June. Finance Minister Mohamed Maait said in June that wheat imports will cost an additional USD 3 bn this year if prices don’t come down.

Lavrov blames sanctions for food crisis: The Russian minister said “illegitimate” (read: Western) economic sanctions have been responsible for the shock to global food supply chains and called on Western nations to ease restrictions he claims make it difficult for Russia to export food and fertilizer. Ukraine and G7 nations say that Russia is responsible for the crisis due its blockade of Ukraine’s Black Sea ports. “We have a common understanding of the causes of the grain and food crises,” Lavrov said, adding that he agreed with El Sisi that the two countries will follow up on Russian exports.

Could Egypt play mediator? During talks with Lavrov, El Sisi reiterated his offer to help find a diplomatic solution to the crisis, according to Ittihadiya.

Lavrov’s visit is part of a wider tour around Africa with stops in Ethiopia, Uganda and the Democratic Republic of Congo as Moscow looks to firm up relations with our neck of the woods.

Also from the presser:

Lavrov’s visit to Cairo is everywhere in the foreign press this morning. Global media outlets are remarking on the battle of narratives over who is responsible for causing the global food crisis — and the geopolitical significance of the trip as Moscow and the West vie for influence in developing countries around the world. Cue talk of Cold War II, et cetera, et cetera, ad nauseum. (AP | Reuters | AFP | NYT | FT | BBC | The Guardian | The Times | CNBC)

And it got all of the nation’s talking heads talking: Kelma Akhira (watch, runtime: 11:48), Al Hayah Al Youm (watch, runtime: 5:11), Ala Mas’ouleety (watch, runtime: 17:38), Masaa DMC (watch, runtime: 4:19) and Hadeeth El Kahera (watch, runtime: 4:53) all had coverage of the meetings last night. Amr Hamzawy, director of the Carnegie Middle East Program, told Hadeeth Al Kahera that the visit sends a message to US President Joe Biden after his meeting with a number of Arab leaders, including El Sisi, that Russia has strong strategic partnerships in the Arab world. Masaa DMC interviewed Egypt's former Ambassador to the Russia Nabil El Oraby.

Egypt and Jordan have agreed to work on a joint food security plan the two sides hope to have crafted within a month, the Jordanian Trade Ministry said in a statement, without disclosing details. This came during a meeting between Jordanian Trade Minister Youssef Al Shamali and Supply Minister Ali El Moselhy in Amman yesterday. The two ministers also agreed to activate a memorandum of understanding signed in February that will establish joint logistics areas.

El Sisi + Macron follow up on France talks: President Abdel Fattah El Sisi called his French counterpart Emmanuel Macron last night to follow up on the talks held over the weekend in Paris, which focused on the war in Ukraine, regional issues, and COP27, Ittihadiya said in a statement.