Say goodbye to the Etisalat green 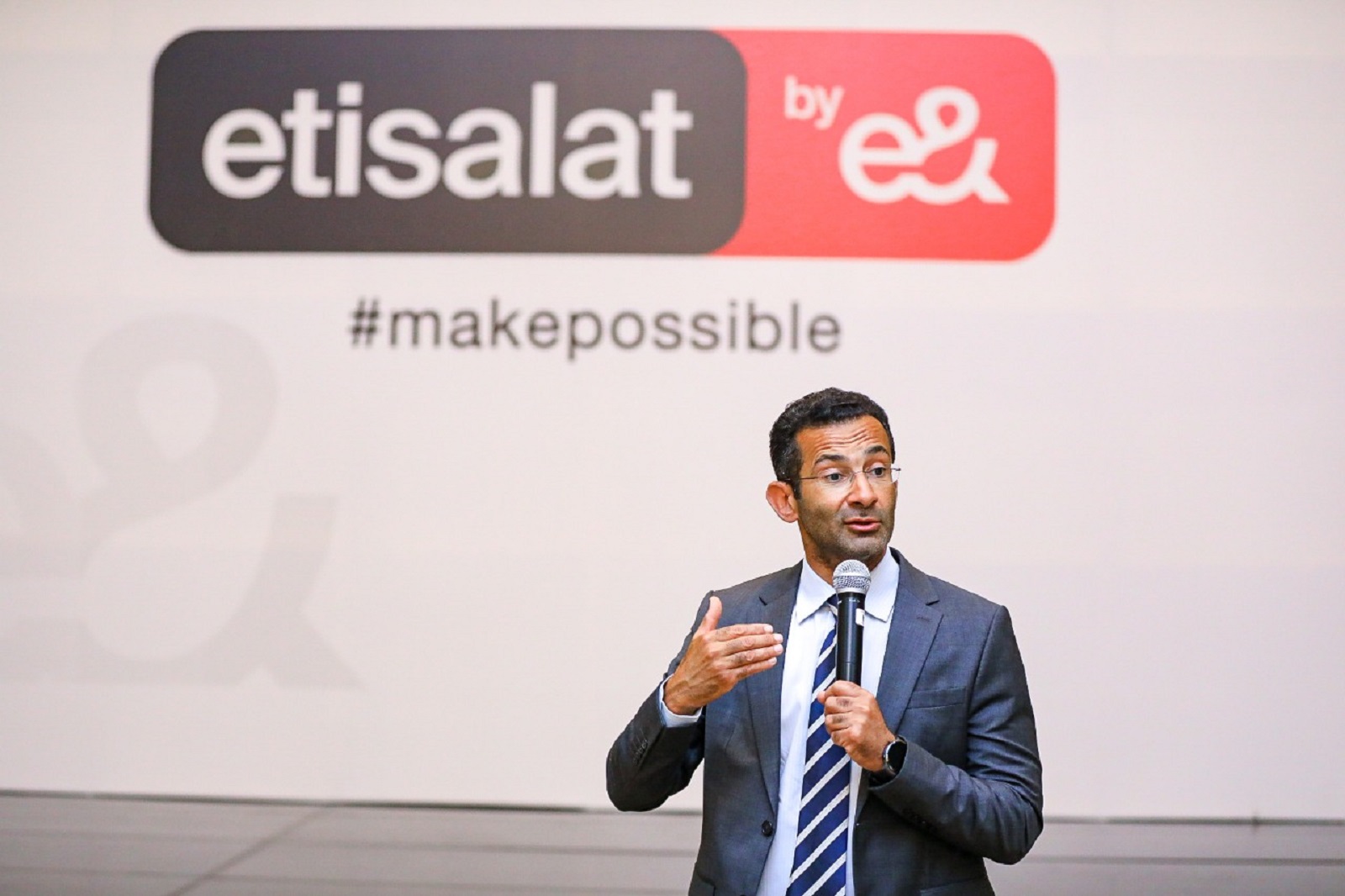 Etisalat Egypt becomes etisalat by e&: UAE-based telecom giant e& (formerly known as Etisalat Group) has extended its corporate brand makeover to its Egyptian telecom operations, which will now be known as etisalat by e&. The rebrand was announced at an event attended by some of us here at Enterprise yesterday.

Goodbye, green: As part of the rebrand, Etisalat is leaving behind its bright green logo. “The green color will disappear,” Chief Consumer Officer Ahmed Yahia said at yesterday’s event.

The local rebrand comes as e& moves beyond telecom services to position itself as a “a global technology and investment conglomerate that accelerates digital transformation while empowering societies,” it said in a statement (pdf). The UAE firm rebranded itself as e& back in February, when it also said it would stage a push into Egypt’s fintech sector. The company’s entertainment arm E-Vision and Abu Dhabi sovereign wealth fund ADQ in March acquired a controlling stake in streaming platform Starzplay Arabia. Meanwhile, e& last month bought a 9.8% stake in UK’s Vodafone Global.

More to come for etisalat by e&: The Egypt arm is focusing on expanding its entertainment and technology services, Yahia said, and is still eyeing our fintech sector, with an emphasis on mobile wallets and financial inclusion tools. It will soon make announcements on new investments, he added, without disclosing more details.

The telecom giant’s Egypt operations saw a 15% y-o-y increase in revenues to hit AED 1.3 bn (c. EGP 6.55 bn) in 1Q2022, according to the parent company’s latest earnings release. Top line growth was mainly driven by an increase in subscribers (up 6% y-o-y to reach 28.1 mn users) and mobile data and voice revenues. Egyptian users accounted for almost 20% of the group’s total subscribers at the end of the quarter.