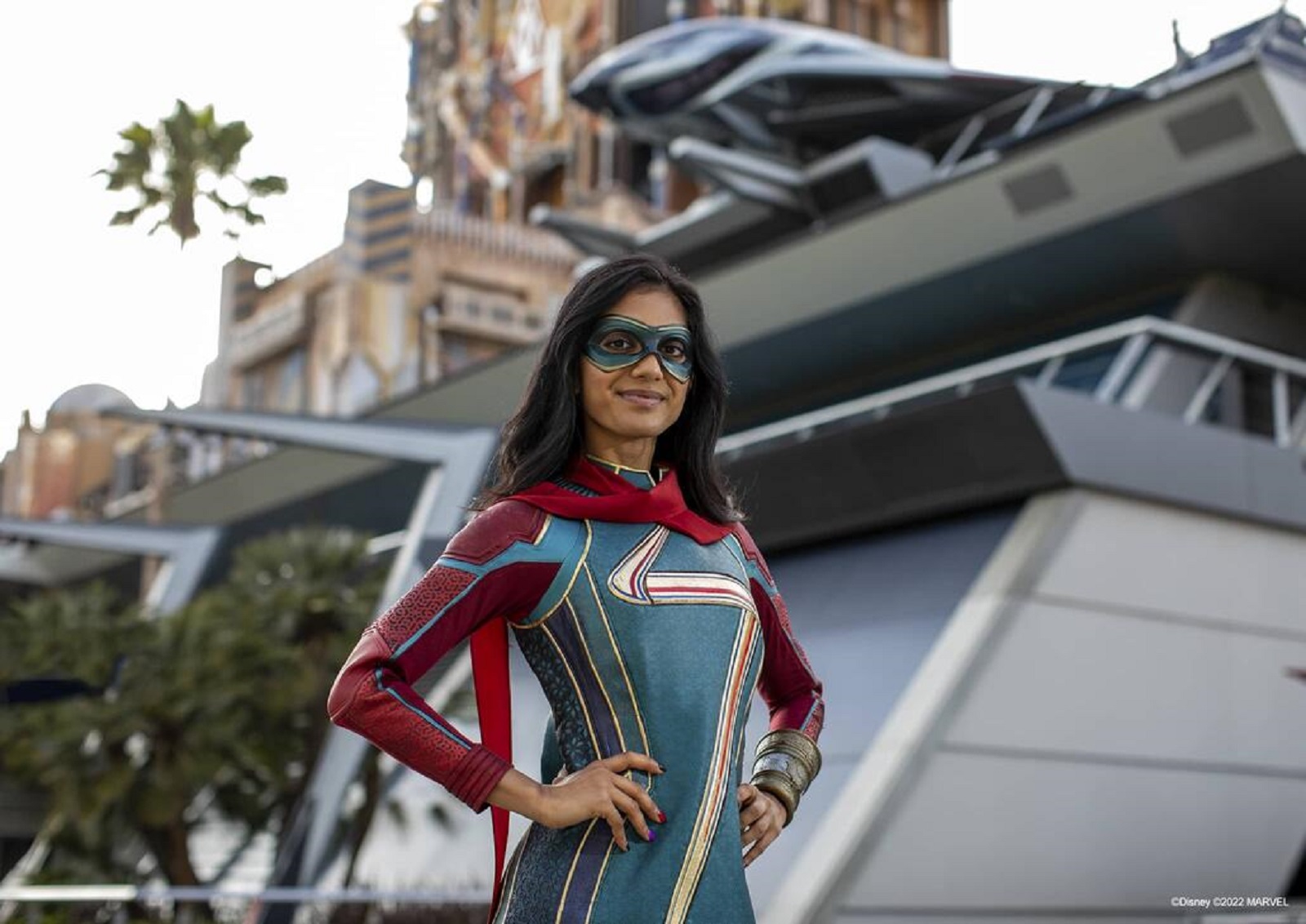 Marvel’s first Muslim superhero makes her debut in Ms Marvel: The highly-anticipated Ms Marvel show has dropped on Disney+. The show follows Kamala Khan (played by a charismatic Iman Vellani), a teenage Pakistani-American girl from New Jersey who doesn't exactly fit in with her high school peers. Kamala’s life takes a turn when she gets the ability to channel cosmic energy from a magical bangle. The superhero is Marvel’s first Muslim headliner, Ms Marvel, whose comic book series came to life in 2014. The miniseries deviates a bit from the source material, and somehow manages to exceed fans and critics’ expectations. The show doesn’t shy away from Khan’s religion, and it manages a spectacular, refreshing feat: It defies Hollywood’s typical representation of Muslims by treating them as an ordinary family. In the first episode, we meet Kamala's bearded brother as he prays, but it’s not in advance of a sinister or terrorism-related offence; he was just praying in anticipation of his sister's driving exam — just like many siblings or parents do. Only two episodes are available to stream right now, and they are fun, full of witty, smart dialogue, and has us looking forward to the rest of the episodes, which drop every Wednesday.

⚽ Are you ready for the Cairo derby? It’s Ahly v Zamalek day: The two teams will face off in the Egyptian Premier League at 8pm. The Whites are currently at the top of the league, 4 points ahead of the Reds — although Al Ahly has played three fewer games.

Shawlaki brings a modern-chic twist to oriental desserts and Levantine dishes and desserts to West Cairo: The cafe offers delicious oriental dessert boxes that you can pick up any time at Capital Promenade, as well as an all-day dining menu, a healthy menu range, and signature coffee. There’s an elegantly-designed, spacious indoor dining space as well as an outdoor seating area, which is lovely if the weather is cooperative. We particularly enjoyed their innovative breakfast dishes: If you head there in the morning, the Shakshuka Feteer is a must-try, and the Ta’miyah Benedict is a fresh twist on the classical poached eggs dish, topped with pastrami slices and queso tahini sauce.

Head to Rawabet Theater for a magical, uplifting performance of Every Brilliant Thing: Duncan Macmillan’s masterpiece has been translated into Arabic and adapted by director and producer Ahmed El Attar. The interactive play is originally a story of a young boy whose mom attempts suicide. To cope with this difficult experience, the son begins writing a list of every brilliant thing that makes life worth living. Actress Nanda Mohamed stars in this superb monodrama — you can catch her today and tomorrow at Rawabet Theater at 8pm.

Also today: B’naire Naguib Sawiris’ kicks off his DJ career: The Egyptian business tycoon is adding a new skill to his roster and taking the stage as a DJ at Zamalek’s The Museum tonight at Bibo’s Music Night.

Take a hard look at the planet we’re creating in Under a White Sky: The Nature of the Future. In her most recent book, Pulitzer laureate Elizabeth Kolbert explores the human attempts to control nature with technology and concludes that even the best-intentioned technological fixes risk making our environment worse off. “Solving one set of problems introduces new ones,” Kolbert warns, because instead of reconsidering our behavior, humans prefer to look for workarounds for the ill consequences of that behavior. Through skillful writing and reporting, Kolbert examines challenges that different regions in the world are facing. She takes us with her to these local ecosystems, as we listen to the thoughts of the people tasked with addressing them. Kolbert’s strength lies in simply explaining the issues real people are facing, rather than giving us a preachy, apocalyptic warning. A word of caution: Don’t take this book to the beach, this is a very serious read on climate intervention.