Penny for the private sector’s thoughts on privatization 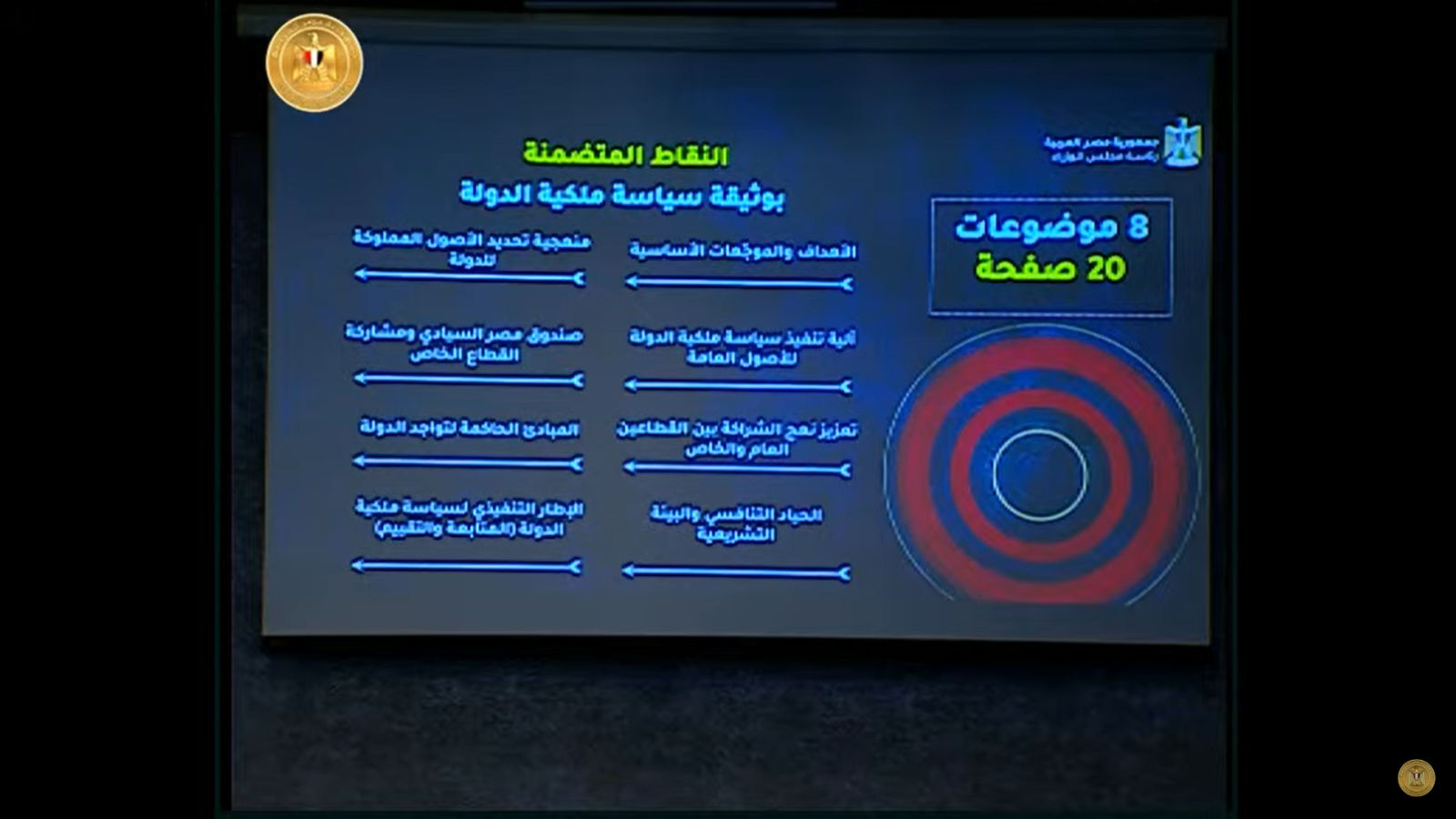 Gov’t gets the ball rolling on its privatization plans: Prime Minister Moustafa Madbouly launched the start of consultations with experts over its ambitious state ownership policy document as the state pushes with privatization efforts (watch, runtime: 1:40:59). Madbouly described the document during a meeting with economic experts as a “new stage that the state is embarking on to determine its vision for the economy.”

REMEMBER- The government is holding public consultations over its plan over three months. It’s all part of a wider plan announced in May to restructure the economy in favor of the private sector under efforts to cushion the economic blow caused by the Russian war in Ukraine. The state wants to more than double the private sector’s role in the economy to 65% over the next three years, and attract USD 40 bn in investment over the next four years.

We got new details on this yesterday after a new draft (pdf) courtesy of the cabinet was released. Under the current version of the document, the government would no longer reduce its footprint in the transport sector by 20% but would only exit around 11% of its activities in the IT sector, down from 22% in the previous document. An early copy of the document obtained by the local press last month suggested that the state intends to fully withdraw from as many as 79 industries over the next three years, including the auto sector, some manufacturing industries, and some types of agricultural production. Other sectors would be shared with the private sector, where the government would gradually reduce its involvement over a period of years.

The document also described the ways in which the government will sell down assets to private sector firms: Through IPOs, strategic partnerships, public private partnerships (PPP), concession contracts, build-own-operate (BOO) contracts, and the restructure and privatization of some public institutions.

Why the consultations? The dialogue aims to build a consensus over the government’s strategy and decide which sectors it could exit and over what timeframe, Madbouly said. The consultations will also address the demands and needs by the private sector to bolster its contribution in industries that the government would withdraw from.

The PM was keen to stress that the plan is not a knee-jerk response to a crisis: He said the state had begun preparing the document in November, stressing that the plan was not drawn up in response to the current global economic conditions. “We saw the need for the state to create its vision for the upcoming five years: which activities the state should stay [in] or exit to allow for greater private-sector contribution,” he said.

And that this isn’t top-down policy making: The document was drafted through work groups from ministries, private sector representatives and experts, he said.

*** How to participate: The government has launched an online platform where government officials will consult with stakeholders, including the Federation of Egyptian Industries, the chambers of commerce, elected representatives, and policy think tanks. Members of the public can access the platform to follow up on the process, and it will host workshops and provide a place to discuss elements of the government’s strategy. A mobile app called Sharek (Google Play) has been launched to provide news on the consultations. Expect it to come soon to the App Store, as it wasn’t there as of dispatch time.