Business conditions decline in May on inflation worries 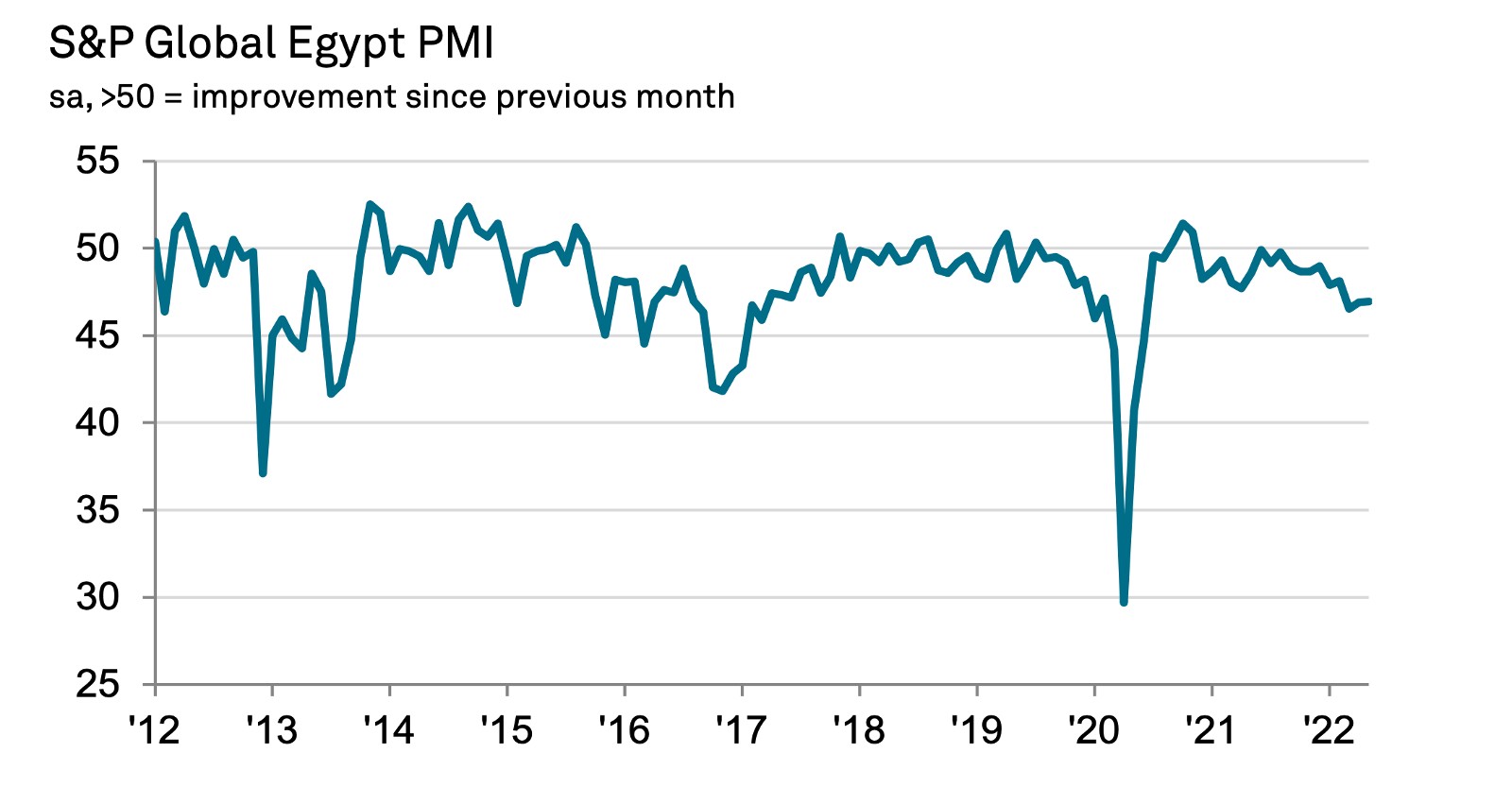 Activity in Egypt’s non-oil private sector declined for the 18th month in a row in May as inflation continued to weigh on demand, according to the S&P Global purchasing managers’ index survey (pdf). Business activity contracted at a slightly slower pace during the month, with the index inching up to 47.0 from 46.9 in April, remaining below the 50.0 mark that separates expansion from contraction.

New orders hit near two-year low: Input cost inflation rose at its quickest rate in six months due to rising commodity prices, a strengthening USD, and import restrictions, S&P Global said. This contributed to new orders falling to their lowest level since June 2020.

New import restrictions didn’t help: The requirement to use letters of credit (L/Cs) and the banning of some foreign goods due to certification issues tightened supply for some firms and caused customs delays. Suppliers’ delivery times deteriorated for the seventh consecutive month.

REMEMBER- Manufacturers, wholesalers, and importers of production inputs were exempted from the L/Cs requirement in early May.

Firms continued to cut back on staff but at a lesser rate than in April, which saw the biggest fall in employment in a year.

All of this caused sentiment to hit its second-lowest level on record: “While businesses remained on balance positive that output will rise over the next 12 months, there were increased concerns that inflationary pressures will limit growth,” S&P wrote.

ELSEWHERE IN THE REGION-

Business activity in Saudi Arabia’s non-oil private sector continued to grow in May, recording 55.7 for the second consecutive month, according to the country’s PMI (pdf). Backlogs saw their first increase since January 2020 amid constrained supply, while selling prices rose as businesses passed on higher input costs to clients.

Non-oil business in the UAE hit a five-month high in May, with the country’s PMI (pdf) recording 55.6, up from 54.6 in April. New orders and employment were both up, though backlogs began to build as businesses struggled to keep up with high demand and input cost inflation hit a 3.5-year high.