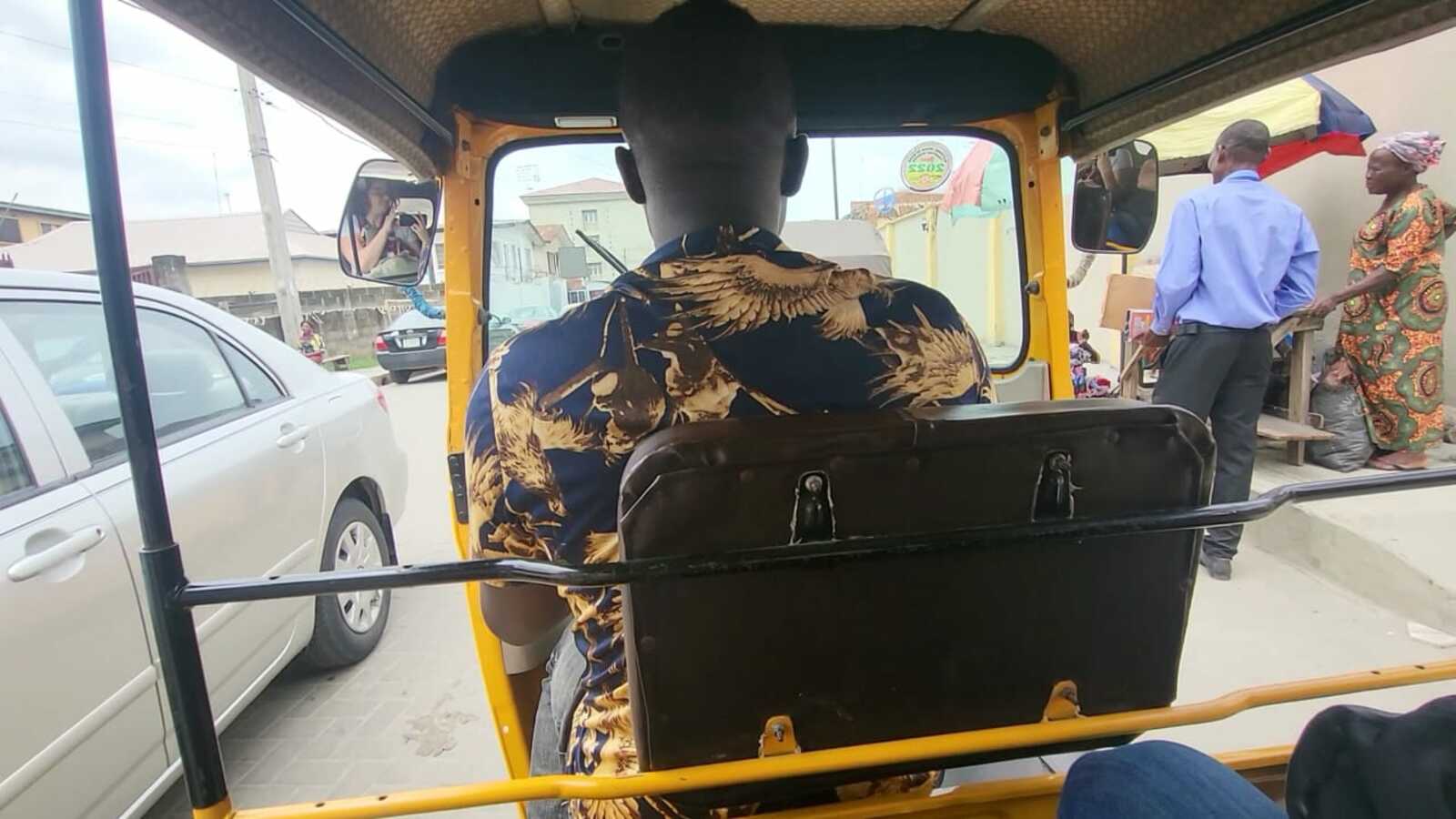 DAY TWO- We’ve had a fabulous and dense day two in Lagos, ladies and gentlemen. Between tuktuk-rides through Lagos’ Yaba Valley, walking up six flights of stairs, and learning the term “Pidgin English,” we met up with a bunch of local entrepreneurs and investors and visited an innovation hub.

We spent the day in Yaba Valley — yes, derived from Silicon Valley. Lagos’ Yaba suburb may not give off the vibe of a tech hub, but it’s home to a large concentration of startups for one simple reason: fiber-optic cable that delivers high-speed connectivity for startups such as fintech Paga who we visited on Monday.

We’ve also met up with former CIT minister-turned-VC Omobola Johnson. She’s now senior partner at TLcom Capital, a pan-Africa VC that has also set its sights on some Egyptian startups. When we’re back in Cairo, we’ll be deep-diving into her views on why Nigeria landed USD 1.8 bn in startup funding during last year, why she’s interested in Egypt, and what’s next for the Nigerian ecosystem. She also had valuable insights on how to enter the Nigerian market, if you’re a startup looking to expand here.

Crypto is huge in Nigeria, Johnson told us. Some 35% of Nigerian adults are crypto investors, equivalent to 33.4 mn people, according to a report by cryptocurrency exchange KuCoin. Peer-to-peer lending via crypto has been gaining momentum, with more than a dozen crypto companies actively operating in the space, she added.

We’ve heard more than a few inspiring stories of companies that have had real impact. Social enterprise Semicolon is a software company that trains literally anyone on how to become a software engineer, promising graduates one of three things: a job, a space in its venture studio to build your own startup for a year, or a job at Semicolon Labs, which develops software products for companies. So far, over 450 people have graduated from Semicolon’s training program, with a 98% successful placement rate. Bilikiss Adebiyi-Abiola (LinkedIn) founded waste management company Wecyclers, which was so successful that she was recruited by the Lagos government. LifeBank, a company conceived within the walls of Yaba’s Co-creation Hub (CcHUB), optimized the blood delivery process in Nigeria, before adding oxygen to its roster during covid.

“Don’t be the vitamin. Be the painkiller.” That’s the refrain of the good people at CcHUB in Yaba Valley. It sounds like a no-brainer, but startups need to put that at the center of their business model whether they’re looking for funding from a venture capital outfit, an incubator, or various programs and projects.

So what was that about “Pidgin English”? That’s what locals call their dialect, which is English that simply sounds different from the American or British accent, with some unusual wordplays. We loved learning about “pay small small” — which ultimately means paying for something in installments. The term is used in fintech company ads and conversations across Nigeria.

And we love nothing more than people coming into the room and instantly speaking the same language. There is a certain charm to having people from Nigeria, Kenya, and Egypt sit in one room, casually throwing around industry jargon including “hockey stick” and “BNPL” with no doubt about who means what. (We do have a soft spot for startup slang — or at least some of us do.)

Politics has a different flavor in Nigeria: The 2023 general elections are coming up, and there are banners and signs for different candidates on every lamppost and street corner. While Lagos is considered the most liberal of all cities in Nigeria, with an almost even 50-50 split of Muslims and Christians, religious slogans are everywhere. We’ve read candidate posters that say “Behold, the light will come,” and “God’s time,” for instance.