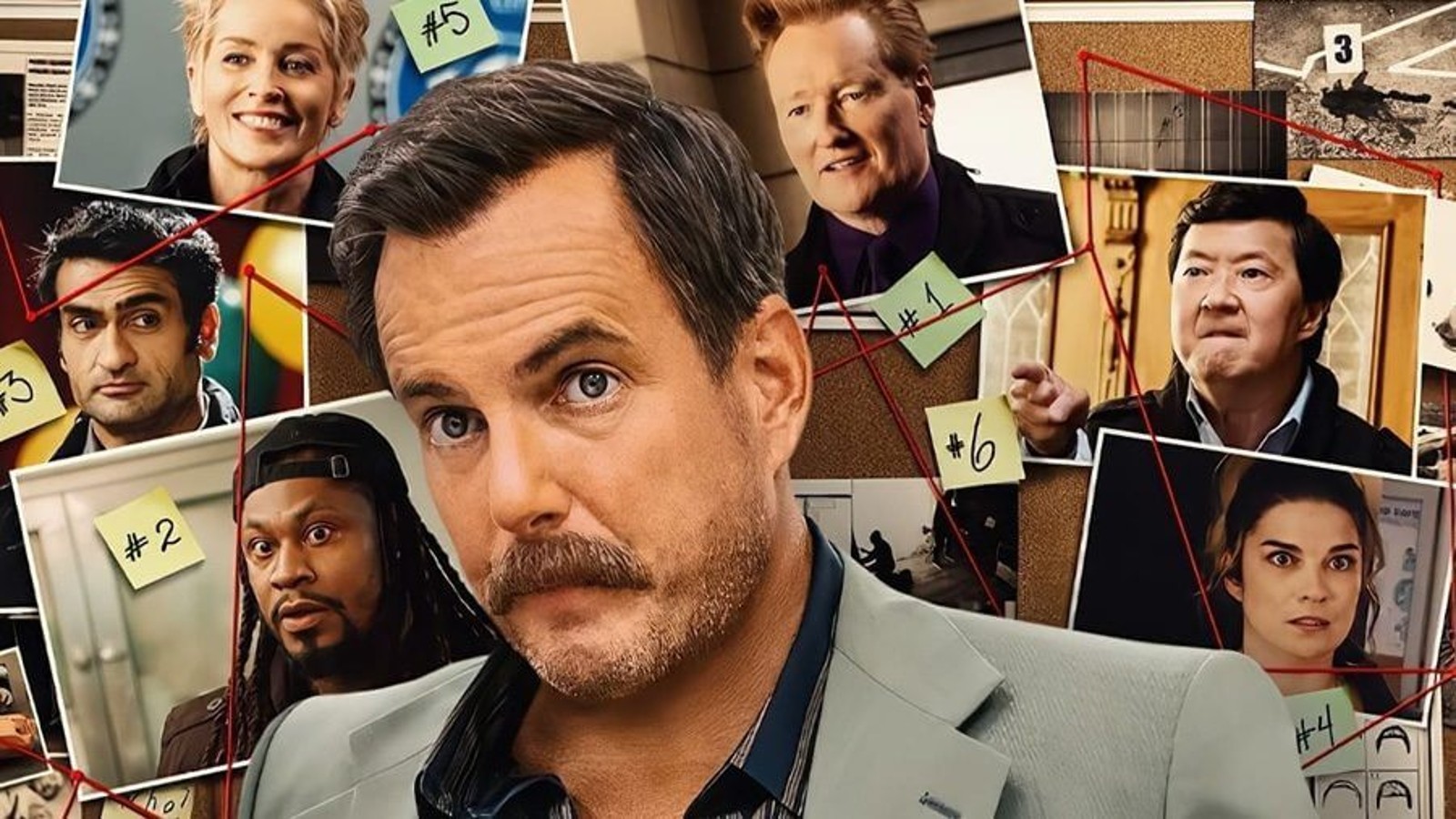 Murderville is a hilarious new mini-series that sees actors enter a fictional murder scene without a script: The six-episode Netflix series features Will Arnett — known for Arrested Development and Bojack Horseman — play the eccentric detective Terry Seattle. The show’s premise is simple: Every episode there’s a different crime and there are three suspects to investigate. However, each episode, Detective Seattle’s sidekick changes, bringing on an actor or actress who will need to help solve the case. These sidekicks are given no script and have to improv their own plot as they go and try to play along with the rest of the scripted characters. The guest stars were perfectly picked to lead to maximum hilarity, with Conan O’Brien, Marshawn Lynch, Kumail Nanjiani, Annie Murphy, Sharon Stone, and Ken Jeong each bringing their best to the show.

⚽ The last rounds of the English Premier League: It has been a long and hard season full of unexpected surprises, and we’re now reaching its last week with the champion still undetermined.

The heated competition is currently between Man City (90 points) and Liverpool (89 points). City is within a hair’s breadth of victory, needing to beat Aston Villa with any result to seize the second consecutive league and the fourth in the last five seasons. But in the case of a tie or defeat for City, Liverpool could have a chance to snag the title when they meet Wolverhampton, which would give it the second league title in the era of Jurgen Klopp.

Today’s matches are as follows, all starting at 5pm:

The Italian League will be decided tonight: Milan leads the Serie A (83 points) and only need to draw against Sassuolo to win its first title in 11 years. Its arch-rival Inter are only two points behind and could snatch their second successive scudetto if it wins against Sampdoria and Milan lose. If both teams finish level, Milan will take the title due to having a better head-to-head record. Both matches start at 6pm.

The Spanish League title may be predetermined for Real Madrid, but the struggle for third place is still fierce. Atlético Madrid third (68 points) meets Real Sociedad, while its rival Seville (67 points) plays Athletic Bilbao, at 10pm. At the same time, the Barcelona match against Villarreal begins.

In the Egyptian Premier League: Al Ismaily meets the National Bank at 4pm, while Ceramica Cleopatra will face Misr El Makasa and Al Masry meets Future, with both matches at 6:30pm. Finally, Al Ittihad plays against Pyramids at 9pm.

New Cairo’s Umami is inspired by the cuisines of the world: You can find anything from oriental breakfasts to delicious steak dishes at Garden 8’s newest addition. For breakfast they offer a myriad of flavorful plates such as the sausage and egg skillet, a heaping bowl of belila, or some homemade feteer. Their main dishes are equally diverse and we recommend the short ribs risotto, the mushroom ragu, or the chicken muhammara. Don’t miss out on their dessert offerings, especially their tiramisu and date cake.

TAM Gallery is hosting its Summer Affordable Art Show at their venue at District 5 in New Cairo (located on Ain El Sokhna road). The art show features over 150 contemporary Egyptian artists and the gallery is divided into sections based on artist and price range. The exhibition will run until 28 June.

Fabrica will be presenting its adaptation of the musical The Lion King tomorrow at the Cairo Opera at 8pm. The performance will bring to life one of Disney’s best films, in our opinion, with the crew set to sing fan favorite songs such as Hakuna Matata, Can You Feel The Love Tonight, and Circle of Life, as well as Broadway Exclusives such as Shadowland and Endless Night.

The lengths two New Yorkers went to in efforts to amass their fortune: Trust by Hernan Diaz follows the (fictional) story of Benjamin and Helen Rask, which dates back to the early 1900s, when the couple ruled the social scene. Benjamin is a Wall Street tycoon while Helen is the daughter of eccentric aristocrats, and together they created a life that many rumor is based on privilege and deceit. Diaz puts these competing narratives together to try to pick fact out of fiction and provide a realistic portrayal of their lives. However, that in no way means that their lives fall short of the gossip, with the novel dishing out juicy new revelations over the span of a century. The book is elegantly written and explores the reality-warping force of capital and the ease with which power can manipulate facts.