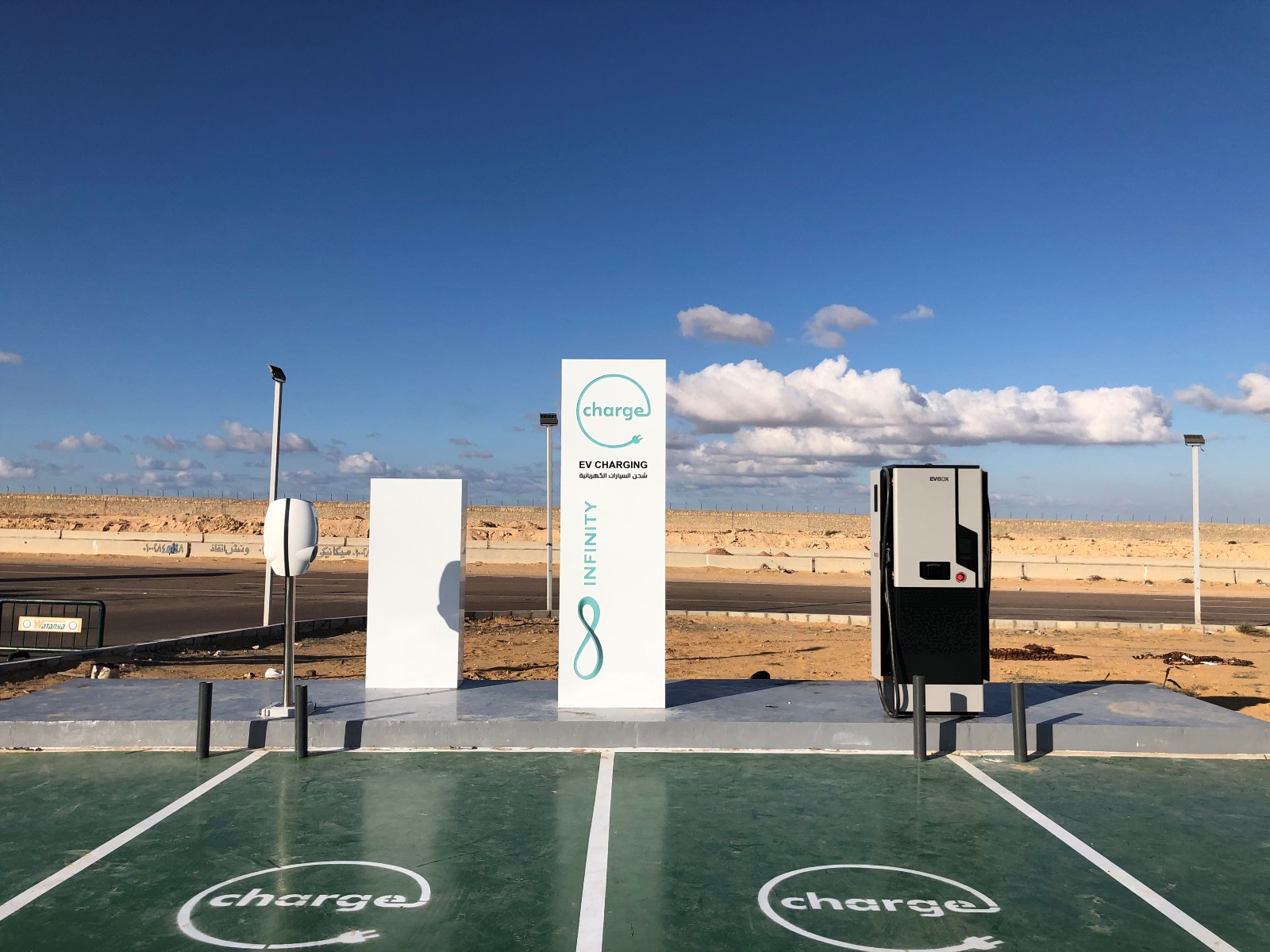 Renewable energy player Infinity has opened seven new electric vehicle (EV) charging stations in the Nile Delta, marking its debut in the region, the company said yesterday in a statement (pdf). Infinity now has a total of 20 charging points in Shebin El Kom, Mansoura, and Damietta, the company said, adding that it plans to expand further in the Delta region.

300+ and counting: The launch of the new stations expands the company’s EV charging network to some 90 stations with more than 300 charging points in 10 governorates, including along roads connecting Cairo with Alexandria, Hurghada, Ismailia, Ain Sokhna, and other major cities.

Looking ahead: The new stations are part of a wider government plan to establish a nationwide charging network. Infinity is leading the project and will eventually set up 6k vehicle charging points at 3k stations across the country.

Infinity is bidding to manage the government’s new EV charging company: Infinity is among several firms competing to manage the EV charging firm that will be established by the government. The selected company will receive a 25% stake in the firm and will be locked in with a medium-term contract for its services, in exchange for a portion of the company’s net income. The company will set up 3k charging stations within 18 months around the country including in Greater Cairo, Alexandria and Sharm El Sheikh. The Public Enterprises Ministry is currently examining the offers after bidding closed in March.