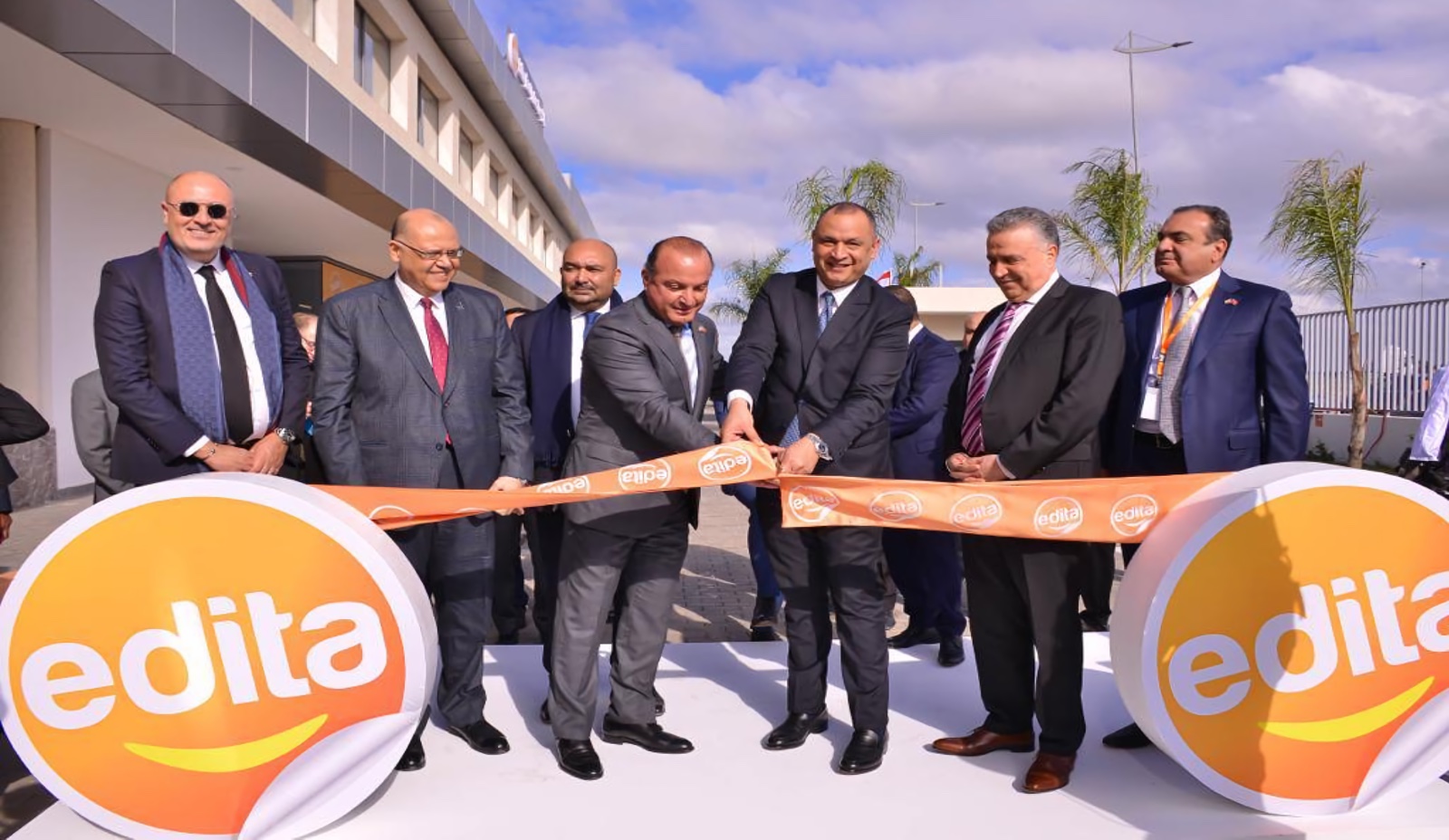 Edita Food Industries has officially inaugurated its Moroccan plant, according to a company statement (pdf). The snackfoods giant started operations in December at the facility, which is the company’s first greenfield investment outside of Egypt and marks its transformation from manufacturer that exports to a host of regional markets into a true multinational with offshore operations. Catch a recording of the livestreamed inauguration ceremony here (watch, runtime: 7:30) and lots of additional highlights here, here and here.

About the facility: The company has so far invested MAD 203 mn (some EGP 382.5 mn) in the plant outside Casablanca, according to the statement, including initial investments of EGP 200 mn up to December. The factory employs 300 Moroccan citizens and produces three variations of Edita’s HOHOs cakes. The facility is operated by Edita Food Industries Morocco, a joint venture set up between Edita and Moroccan FMCG distributor Dislog Group. Edita holds a 77% stake in the company and Dislog holds 20%.

It’s wonderful to see a regional country rolling out the red carpet for an Egyptian company as the “Arab foreign investor.” Edita chief Hani Berzi and Dislog’s Moncef Belkhayat were joined by Moroccan Industry Minister Ryad Mezzour, who positioned the Edita investment as being a play on “the strengths of the Moroccan agri-food sector and … in line with its future priorities to meet global consumer demand.”

More expansion to come abroad… Edita is set to pour an additional MAD 170 mn (EGP 320.3 mn) into a second phase of expansions at the factory, with plans to employ another 400 people, add production lines, and introduce more products to the Moroccan market, the statement read. Edita is “pivoting from a focus on recovery and resilience to expansion mode,” the company said

…and at home: in its most recent earnings release, Edita said it plans to invest around EGP 400 mn to add new production lines for its baked goods and wafers segments in Egypt this year, as well as to expand to at least one new market in 2022 and another in the next five years.