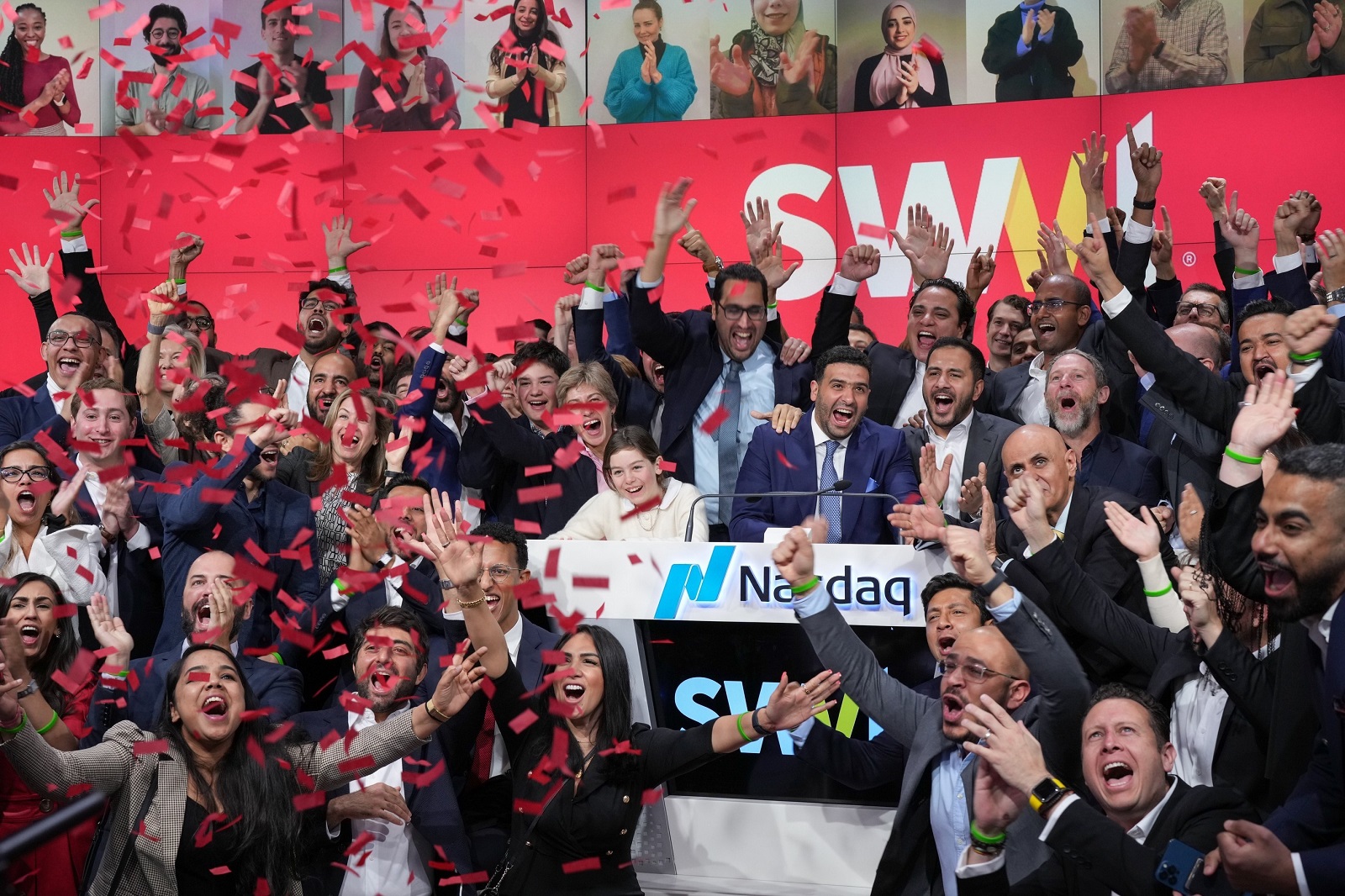 Swvl shares rise on Nasdaq debut: Shares in Cairo-born mass transit app Swvl rose on their Nasdaq debut on Friday as the company concluded its SPAC merger with Queen’s Gambit Growth Capital. Shares rose to an intraday high of USD 10.30 after opening at USD 9.60 before paring gains to close at USD 10.00. The company — now known as Swvl Holding following the merger — offered a 35% stake to investors in a sale that originally valued it at USD 1.5 bn.

New investors headed for the exit on Friday: Queen’s Gambit saw a redemption rate of almost 85%, Swvl CFO Youssef Salem told Enterprise, signaling volatile trading against the backdrop of a difficult year so far for SPACs (and the Nasdaq more generally). The company received USD 164.8 mn in gross proceeds from the sale, including USD 111.5 mn in pre-funded private investments in public equities (PIPE) and USD 53.3 mn in cash, the company said in a statement.

An equity financing facility is plugging the gap: “We have a backstop facility agreement worth [just over] USD 471 mn, which is larger than the size of the redemptions,” Salem told us. The money is being provided by US financial services firm B Riley Financial, he said, and is a committed equity facility against which the company will draw down over time. Swvl also expects to obtain an additional USD 10 mn PIPE commitment in 2Q 2022, which it said was subject to certain closing conditions.

There will be headwinds — but Swvl is not concerned: “There will definitely be some short-term volatility, because there are a lot of macro events factoring in like the Russia-Ukraine war,” Salem said. “But we’re not anchoring too much on day-to-day trading, because at the end of the day, the capital is raised and the investors are in,” he added. “Obviously, it’s important to maintain a high share price and raise more capital, but a fluctuation between USD 9.50 and USD 10.50 is not going to impact the company’s activities on a day-to-day basis.”

SPACs have been under pressure in recent months as investor enthusiasm has waned amid market volatility and an extended sell-off in tech stocks. Average redemption rates soared to 90% in February, up from just 14% a year before, while the number of SPAC mergers terminating pre-IPO is increasing. The De-SPAC Index, which tracks 25 US SPACs listings, is down more than 50% in the past 12 months, Bloomberg writes.

And they’re facing more stringent regulation: Swvl’s debut came just days after the US securities regulator voted in favor of major reforms designed to bring SPAC sponsors’ disclosures under greater scrutiny, the Financial Times reports, in a move that some analysts have characterized as a crackdown on blank-check firms.

Swvl is the second MENA SPAC to hit the Nasdaq after Anghami made its debut earlier this year.

Or we could be looking at a local IPO… Another scenario should there be complications with the dual listing could be a local IPO on the EGX, but that would not be ideal as the company would have to list from scratch, Salem said.

…or a dual listing with another Arab exchange: The company is not ruling out any possibilities and is looking at the most liquid and largest exchanges in the Middle East, but Salem said that the company is focusing on the EGX dual listing.

Big expansion plans are underway: Salem tell us that the company is looking to expand to the US, UK, Colombia, Peru, Mexico, and South Africa over the next six months, in addition to recent entries into new markets in Europe and South America: