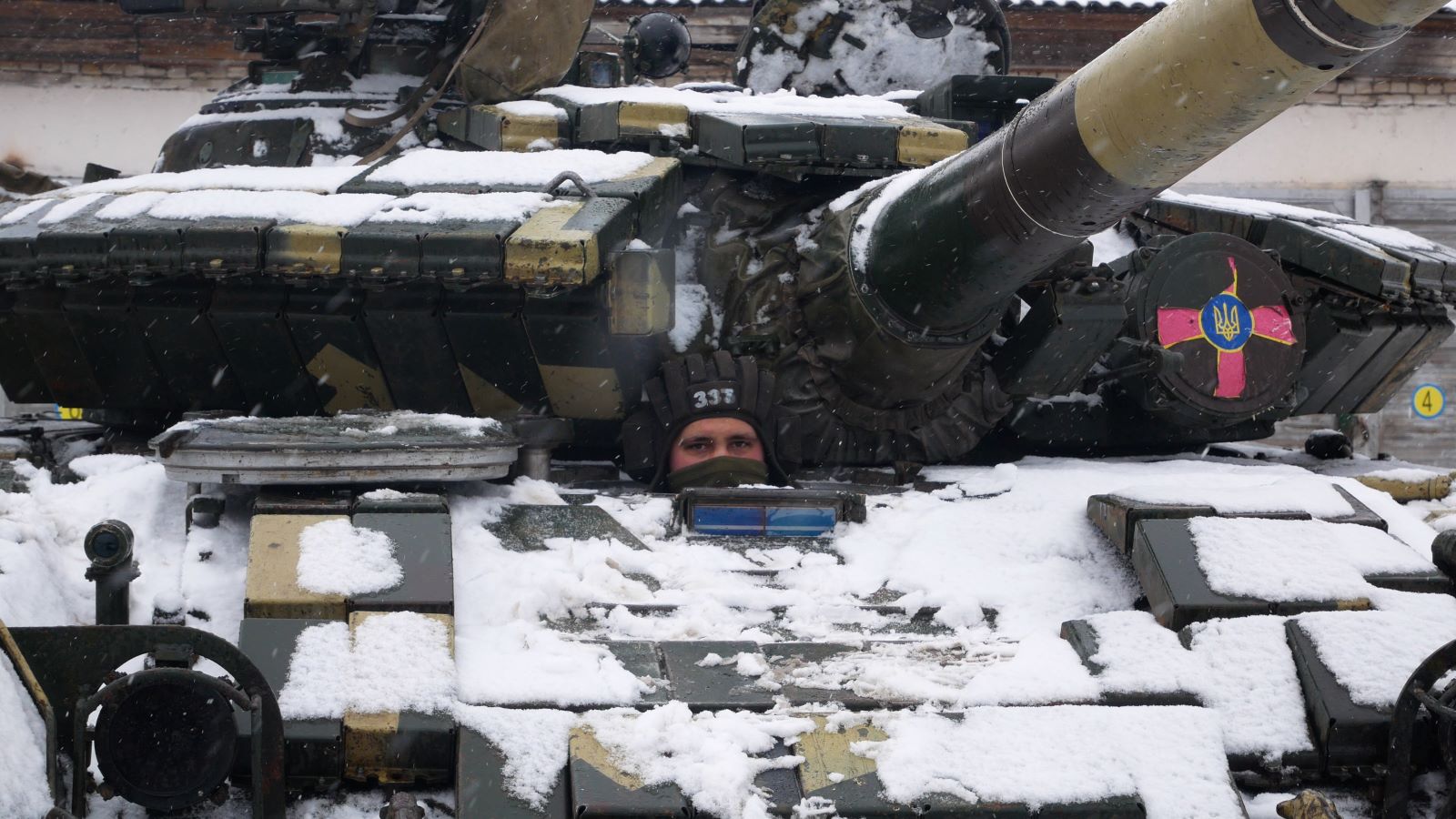 Ukraine “ready for diplomatic solution”: Ukraine is considering Russia’s demand for neutrality in return for security guarantees but won’t give up a “single inch of territory,” a senior aide to President Volodymyr Zelenskiy told Bloomberg yesterday. “We are ready for a diplomatic solution,” said Ihor Zhovkva, Zelenskiy’s deputy chief of staff.

Neutrality has been a key Russian demand: Irked by the country’s drift towards Nato and the EU, Moscow has demanded that Ukraine make constitutional guarantees that it will remain neutral and not aligned with the West. Kyiv had agreed to amend its constitution as part of the Minsk accords signed following the 2014 conflict, but did not follow through.

But Kyiv won’t give on Russia’s territorial claims: The Ukrainian government will not hand over a “single inch of territory” to Russia, Zhovkva said, rejecting Moscow’s demands that it accept Russian sovereignty over Crimea and recognize the breakaway states in the Donbas as independent territories.

And demands a total ceasefire: “Our first and foremost pre-condition for having such kind of negotiations is immediate cease-fire and withdrawal of Russian troops,” he said.

Zelenskiy’s hand isn’t getting any stronger, with the southern city of Mariupol likely to fall in the coming days and a renewed assault on Kyiv expected this week. Putin hasn’t indicated any willingness for a total ceasefire and has insisted that troops will continue with the operation.

EGYPT IN THE WAR-

Egypt calls for diplomatic solution: President Abdel Fattah El Sisi called for dialogue and offered to help mediate an end to the conflict during talks with Putin yesterday, Ittihadiya said in a statement. During the call, El Sisi told the Russian president that Egypt is ready to step in to help find a political settlement to the crisis,

Ties remain cordial: The two leaders emphasized the strength of “deeply-rooted and historical relations” and El Sisi thanked Putin for helping to evacuate Egyptian nationals from the country.

There are good reasons why Egypt isn’t going to be joining the West in ostracizing Moscow: “The presidents discussed further development of the strategic partnership between Russia and Egypt, including major joint projects in nuclear energy and industrial production,” according to a readout of the conversation from the Kremlin.

Russia and the Ukraine together account for about 80% of our wheat supply (with Russia being the larger of the two suppliers) and a third of our inbound tourism market.

There has been slight progress on evacuations: More than 40k people were evacuated yesterday though people struggled to escape from conflict hotspots around Kyiv, Kharkiv and Mariupol, Ukrainian negotiator said yesterday, according to Reuters. Shelling continued in a number of places in the country despite Moscow agreeing to a 12-hour ceasefire to evacuate civilians. It remains unclear which side breached the ceasefire, with both sides trading blame for the continued fighting.

Fighting has been most intense in the southern city of Mariupol, which has been surrounded by Russian forces for over a week, with Ukrainian authorities describing conditions as “apocalyptic.”

Russia bombed a childrens’ hospital in the city yesterday: Russian airstrikes hit a maternity hospital in Mariupol yesterday, injuring at least 17 people, according to Ukrainian officials. The attack drew condemnation from US and other Western leaders after troubling footage and photos of the attack were shared on social media and in the press.

The number of refugees from Ukraine has grown to more than 2.1 mn, according to the latest UN tally.

The US could move to sanction Russian state nuclear company Rosatom, people familiar with the matter tell Bloomberg. The Biden administration has not taken a final decision on the move and is consulting with experts on the potential effects, the people said. Uranium was conspicuously absent from Washington’s energy ban announced Tuesday, which blocks the import of Russian oil, gas and coal.

This could be disruptive: The company enriches around 35% of the world’s uranium and ships the fuel to Europe and elsewhere around the world.

With potential blowback for us: Rosatom is the driving force behind the Dabaa nuclear plant, and is expected to begin construction on the facility later this year.

The EU’s sanctions list grows ever longer: The EU has added another 14 Russian business people and 146 lawmakers to its sanctions list, according to documents seen by the Financial Times. Among the individuals targeted are executives at some of the country's biggest energy and banking companies and the CEO of flag carrier Aeroflot.

Western companies continued to announce pulling out of Russia yesterday: Amazon, Nestle, Sony, Mondelez and Philip Morris all said they would be scaling down their operations in Russia yesterday in response to the invasion. Following Unilever and Procter and Gamble, Nestle said it would stop its investments in Russia, while Mondelez will reduce its nonessential activities in the country. Amazon and Sony are now longer shipping products to Russia, and the US ecommerce giant has also switched off Amazon Prime to Russian customers.

Meanwhile, French hotelier Accor, which operates the Fairmont, Sofitel and Banyan Tree brands, is keeping its Russian hotels open but suspending future developments in a similar move taken by Hilton and Hyatt. Reuters and Bloomberg have more.

Italian energy group Eni has halted the purchase of oil from Russia, as EU leaders look to set up a plan to phase out the bloc’s dependency on Russian energy sources. European oil giants Shell and BP announced they would sever business ties with Russia earlier this week.