PMI says you’re not optimistic, but our survey said you are… 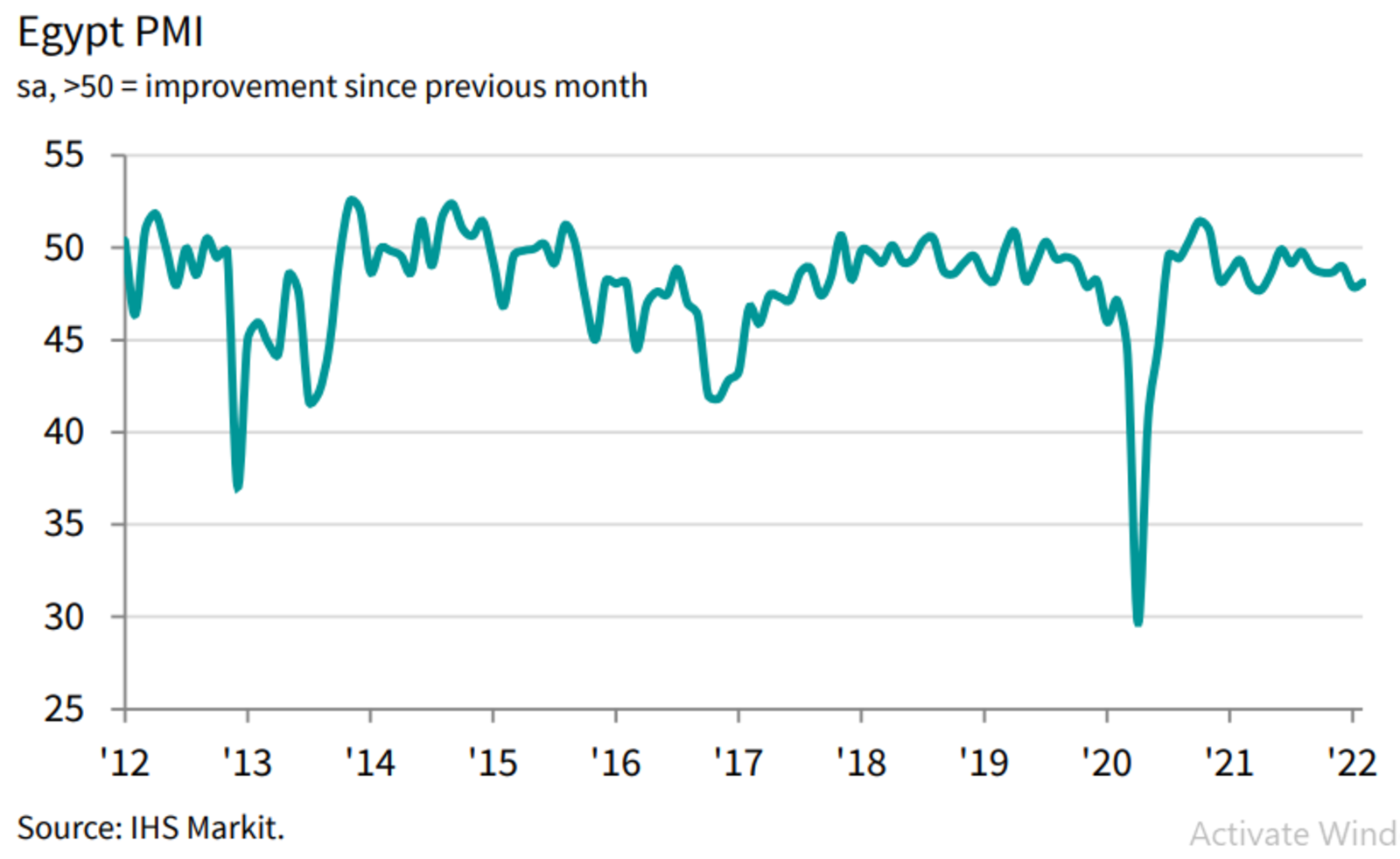 Non-oil business activity in Egypt saw a “solid decline” in February as inflationary pressures continued to impact business confidence and demand, according to IHS Markit’s purchasing managers’ index (PMI) survey (pdf). The contraction eased slightly to 48.1 from 47.9 in January but concerns about economic conditions sent confidence levels to the lowest in the survey’s history.

This is the 15th consecutive month that Egypt’s private sector has been in contraction since the two months’ of growth in September and October 2020.

What they said: “The pandemic-led surge in input prices and the omicron wave continued to derail Egypt's recovery in the first quarter of 2022,” said David Owen, IHS Markit economist. “Output, new business, employment and purchases were all down.”

Confidence is at an all-time low: “Overall confidence fell to its lowest level in the series history, with just 11% of firms reporting a positive outlook for the upcoming year,” said Owen. That’s in stark contrast to our Enterprise 2022 reader poll taken at the start of the year, when most of you were pretty optimistic about doing business in Egypt in 2022.