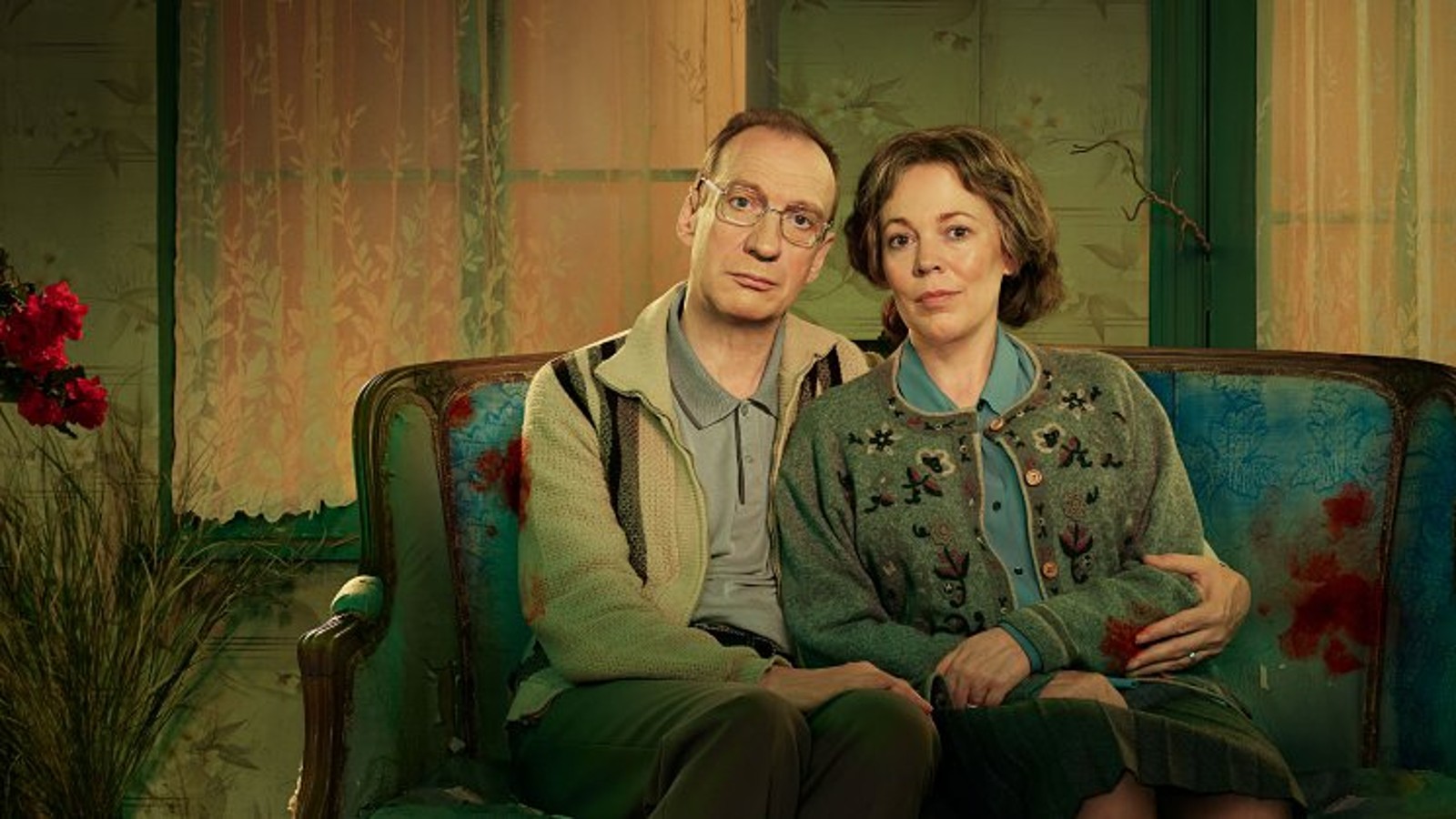 Criminal drama miniseries Landscapers promises to keep viewers on their toes as it narrates the real-life story of British murderous couple Susan and Christopher Edwards. Co-produced by Sky and HBO, the four-episode series stars Olivia Coliman (Susan) and David Thewlis (Christopher) in one of their best acting performances as it follows the quiet couple convicted in 2014 of killing Susan’s parents and burying their bodies in the back garden. They conceal the death for 15 years, moving to France to escape their past — which is out of their nature as a devoted and quiet couple. The secret unravels after Christopher confesses to his stepmother, who reports the case to the police. The couple return to the UK to turn themselves in and defend their case, arguing that the murder followed a lifetime of emotional abuse, while the police sees the couple as opportunists who covered up the death to continue receiving pension payouts.

⚽ Barcelona will make its Europa League debut in the knockout round play-offs against Napoli at Camp Nou in the first leg at 7:45pm, with several other clashes including Germany’s Borussia Dortmund and Scotland’s Rangers. Four other games — Porto v Lazio, Leipzig v Real Sociedad, Atalanta v Olympiacos, and Sevilla v Dinamo Zagreb — all kick off at 10pm.

But all eyes over the weekend will shift to Egypt’s red devils Al Ahly, which will go head to head in its first game at the Africa Champions League’s group stages with Sudan’s Al-Hilal on Friday in Sudan at 3pm.

Zamalek will play its second game in the African tournament against Angola’s Sagrada Esperanca in Angola at 6pm on Saturday. The Egyptian club ranks second behind Morocco’s Wydad Casablanca in its group with one point after a 2-2 draw with Angola’s Petro Atletico.

It’s also an exciting Friday for the European leagues, with La Liga seeing Elche v Rayo Vallecano at 10pm. Over in Serie A, the Torino derby between Juventus and Torino begins at 9:45pm. In Ligue 1, Lille will play against Metz at 10pm, while the Bundesliga will see Mainz v Leverkusen at 9:30pm.

Football lovers will be in for a treat for the Premier League, which will see Week 26 fixtures kicking off between West Ham and Newcastle at 2:30pm and another six games at 5pm. The most interesting match is perhaps Liverpool v Norwich City, with the Reds looking to squeeze leading Manchester City while Norwich aims to escape relegation. The 5pm fixtures also include Chelsea v Crystal Palace, Arsenal v Brentford, Aston Villa v Watford, and Brighton v Burnley. Saturday will also see Manchester City clashing with Tottenham at 7:30pm.

Your favorite woodfired pizza and bar chain Olivo is opening its second Sheikh Zayed branch with a new outdoor space in Palm Hills that embodies the brand’s shifting ambiance. Olivo is transforming its image, whose Zamalek, New Cairo, and Arkan branches are known for a more cozy and quiet atmosphere. Don’t miss their Quattro Formaggi and Napolitana pizzas, which never fail to satisfy, or give your taste buds a treat with a burger on a buttery brioche, or their delicious caprese salad. While you’re at it, pair your food with one of their Instagrammable cocktails — and don’t forget their gooey Nutella Pizza with marshmallows.

Gypsum Gallery is opening today their latest exhibition, How To Build a City with Two Nails and a Wire. The dual artist exhibition looks at the form and function of structures born of a culture of improvised troubleshooting in the shifting cityscape of Cairo. The exhibit will feature wall sculpture by Bassem Yousri and drawings and sculpture by Ahmed Badry.

The Greek Campus is hosting workshop and discussion event Upgrade Your Mentality tomorrow, to help participants to be more effective.

The Cocoon Carnival is taking place on Saturday featuring an open mic, a mini market, trivia, performances, and workshops, and a VRS exhibition coupled with a VR experience. The carnival is perfect for families and will take place at the L'Immeuble Building in downtown.

Join the Gudran art walking tour by Qahraweya on Saturday. The tour will take you on a journey through the contemporary art scene of Downtown Cairo. It will also include a mini collage workshop conducted by Tram Alwan and an authentic Egyptian/Syrian dinner served by Dawar Kitchen.

Yalla NFT is a new mother-and-son podcast exploring the world of NFTs, crypto, and Web3: The Egyptian CEO of AI company Affectiva, Rana El Kaliouby, launched a podcast with her 13-year-old son Adam Amin to explore what this emerging world entails and to give diverse voices in the space a platform. The idea for the podcast emerged after Adam gave his mother an NFT as a Christmas present last year, El Kaliouby retells in an Instagram post. The duo plan to tag-team interviews with experts, with the first episode featuring Richard Dulude, a co-founder and partner at Boston-based Underscore VC. Dulude leads the firm's investments in the areas such as blockchain, AI/machine learning, and mixed reality, discussing where he believes the intersection between AI and Web3 will be (listen, runtime: 28:53).

Reimagining regret as a positive force: New York Times bestselling author Daniel H. Pink focuses on regret in his latest book The Power of Regret. The book has made waves since its release, named by Newsweek and Goodreads as a must-read in 2022. Pink acknowledges regret as a quintessential human emotion, and instead of finding ways to slay the beast, people should look it in the eye and learn from it, he argues. The author uses his usual mix of anecdotes and social psychology to show how regret can be used to make better decisions and increase your performance. For the purpose of this book, Pink conducted the so-called World Regret Survey — which has collected responses from more than 15k people in 105 countries — to identify the four core regrets that are universally experienced. The Power of Regret shows that if thought of correctly, regret can help you drive a more positive future. The New York Times is out with a review.