Corporate net-zero pledges fall short + interest in nuclear power is growing, but what happens to the waste? Plus: Bezos’ yacht vs. historic Rotterdam bridge

There’s a huge mismatch between corporates’ headline net-zero pledges and what they’re actually committing to: Headline pledges from 25 major global firms to reach net-zero or carbon-neutral targets by 2030 are misleading, lacking clarity, or otherwise insufficient to stave off the worst consequences of climate change, according to research from the NewClimate Institute. Of the 25 companies studied, more than half are only really committing to cutting down emissions by 40% from their 2019 levels. “Collectively, the 25 companies specifically commit to reducing only less than 20% of their 2.7 GtCO2e emission footprint, by their respective headline target years,” the report says. These targets “fall well short” of what is needed to meet the Paris Agreement goals and avoid the worst of climate change, the institute says.

The shift towards cleaner energy sources has revived interest in nuclear power — but countries still grapple with how to get rid of the waste: After the 1986 nuclear accident in Chernobyl and the 2011 accident in Fukushima, numerous countries — including Germany and Belgium — vowed to decommission their nuclear power plants out of fear of the potential hazards that come with the technology. However, as the need for clean energy sources renewed interest in nuclear power is surging in countries like France, China, India, and the US, the Financial Times reports. While these countries are looking at nuclear energy for its low environmental impact, they continue to face a significant hurdle in how to safely and sustainably get rid of nuclear waste, the FT notes.

Different governments have tried different approaches, including continuing to maintain nuclear sites after they’ve been taken offline — which is a massive and extremely costly undertaking — while some have mulled the option of taking the waste to space. France, which is set to make an announcement in the coming weeks regarding the development of nuclear infrastructure, is now trying to replicate abandoned attempts from the US, Japan, and Germany to store the waste in “deep geological repositories” several hundred meters below ground.

Meta could be forced to shut down Facebook + Instagram in Europe over server privacy regs: Facebook and Instagram might become obsolete in Europe if parent company Meta is unable to reach new agreements with the EU over its transatlantic data transfers this year, Meta said in its annual report (pdf). The company’s transfer of user data from Europe to US-based servers for processing is not compliant with the EU’s General Data Protection Regulation, which “includes operational requirements for companies that receive or process personal data” that are different from those previously in place, the report notes. “​If we are unable to transfer data between and among countries and regions in which we operate, or if we are restricted from sharing data among our products and services, it could affect our ability to provide our services.”

Dr Evil Jeff Bezos is getting a yacht so big, a historic bridge in Rotterdam needs to be temporarily dismantled to let it pass: Much to the chagrin of Rotterdam locals, the Dutch city is going to temporarily remove the middle section of the historic Koningshaven Bridge to make way for Jeff Bezos’ USD 500 mn superyacht to sail through it and make it out to sea, the BBC reports. Bezos’ specially-commissioned titanic vessel will be 127m long, making it the world’s largest yacht, and will be too tall to fit through the bridge, known by locals as “De Hef.” The Amazon CEO will be paying for the costs of taking the bridge apart and putting it back together, but officials had said back in 2017 it would not be dismantled again after going through a major overhaul. 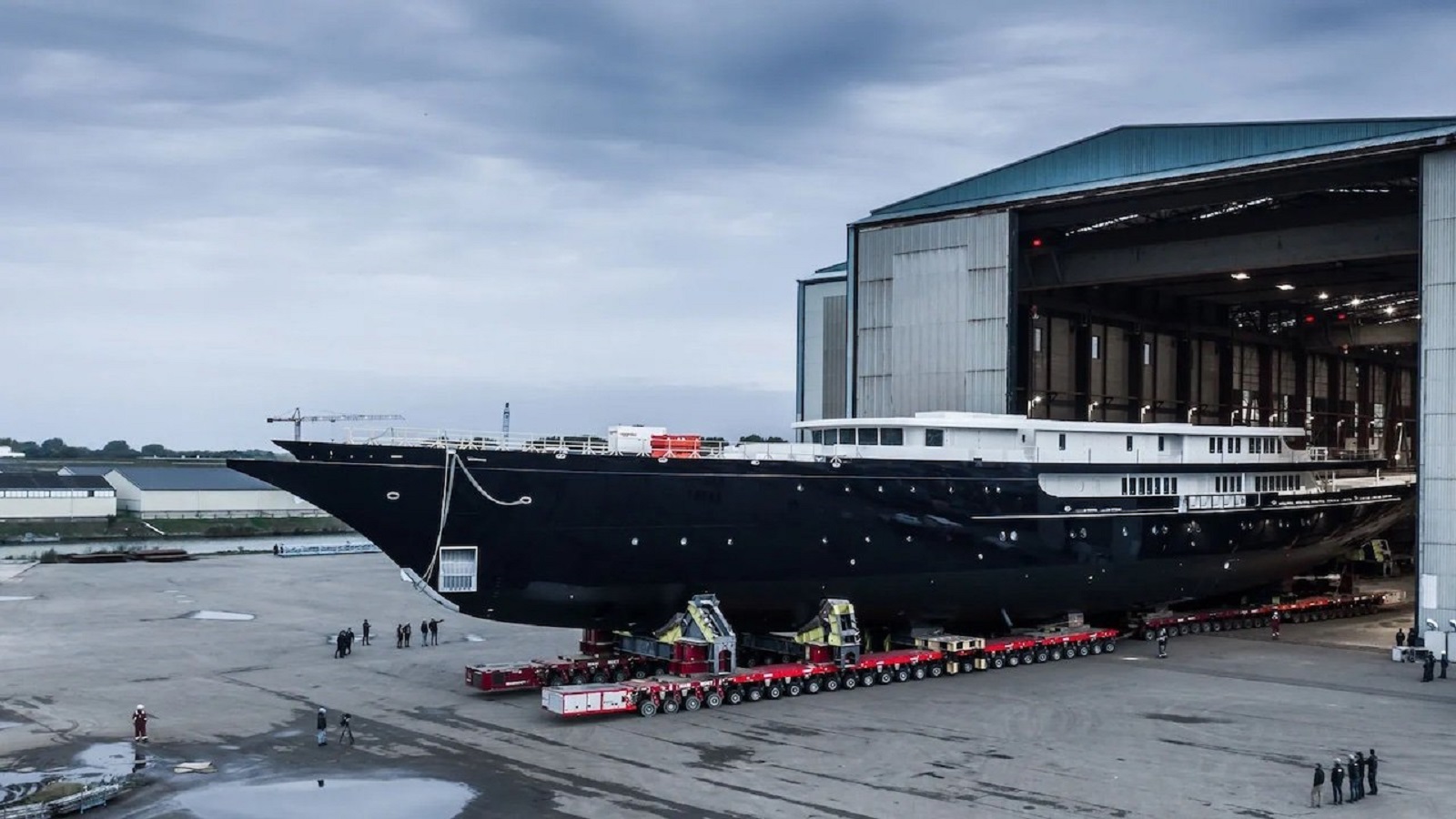