Business activity contracts at a faster pace in January 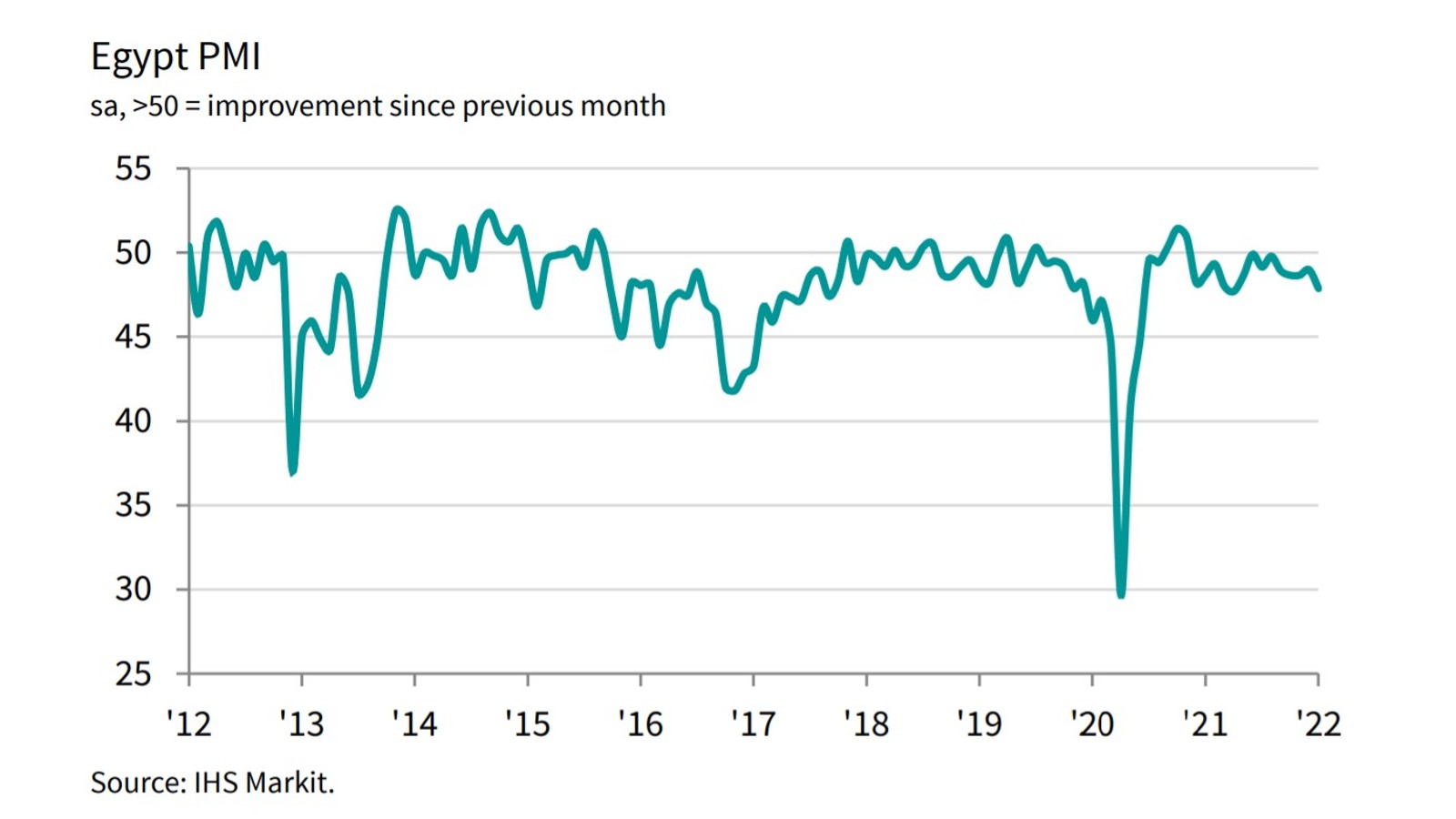 Non-oil business activity in Egypt contracted for the fourteenth consecutive month in January on the back of weaker demand and inflationary pressure, according to IHS Markit’s purchasing managers’ index survey (pdf). A “solid and faster deterioration in business conditions” pushed the gauge down to 47.9 in January from 49.0 in December, falling further below the 50.0 mark that separates expansion from contraction.

This is the lowest reading since April 2021, and below the series average of 48.2, which indicates “a solid decline in overall business conditions,” the report says. “Egypt’s non-oil economy had a disappointing start to the year, as weak demand conditions led to stronger declines in output and new business,” said David Owen, IHS Markit economist.

Weak demand driven by inflation: Inflationary pressures continued to weigh heavily on the non-oil sector throughout the month, with the prices of raw materials, components and transport all continuing to rise.

There’s been a continued decrease in purchasing activity, which fell at its fastest pace since April 2021, and businesses are trying to sustain sales by not fully passing on cost increases.

REMEMBER- The Enterprise 2022 reader poll says you’re all quite optimistic about doing business in Egypt this year.