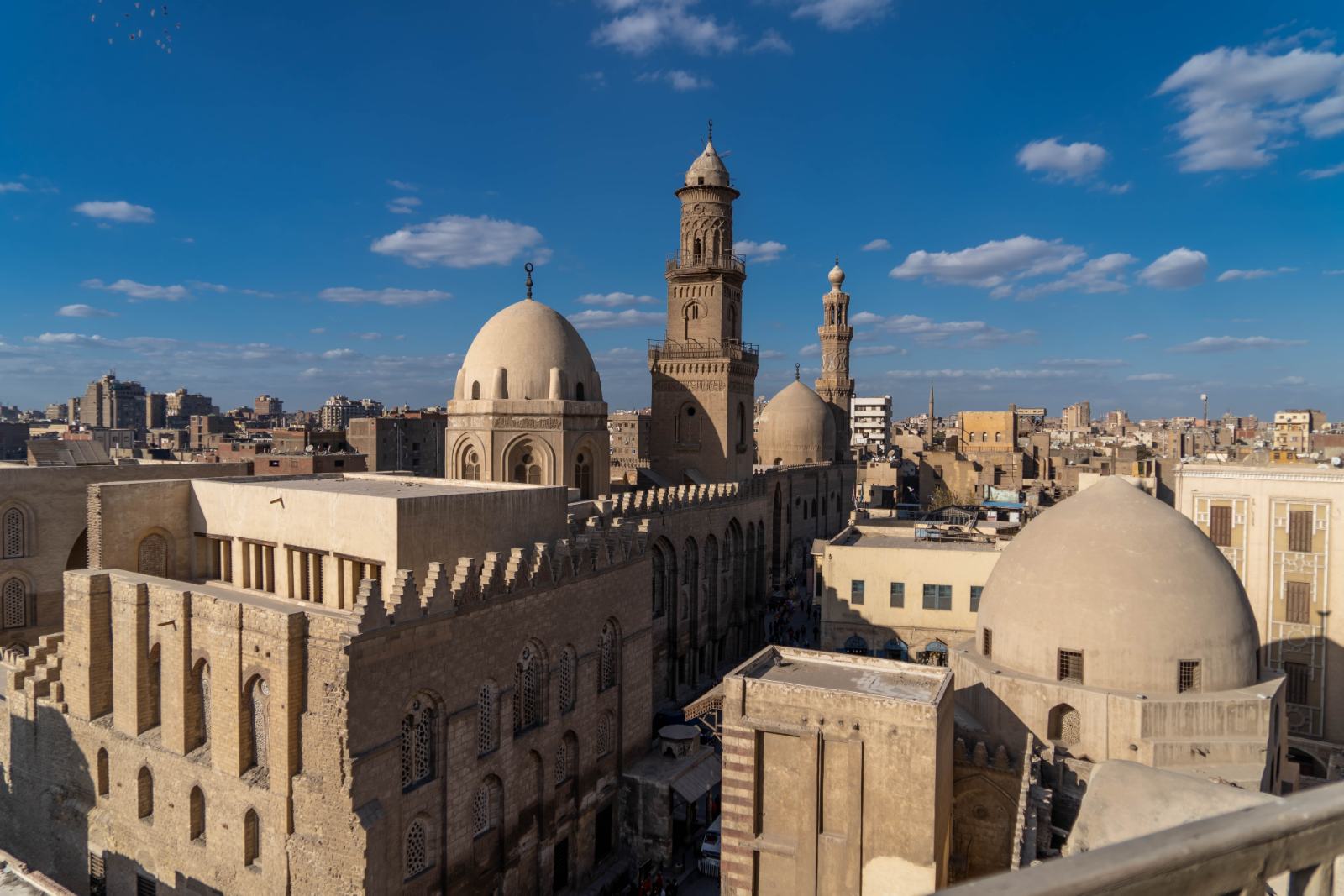 PROJECT PROFILE- Old Cairo Redevelopment: Once considered the capital of the Islamic world, Old Cairo — also known as Fatimid, Islamic, or Historic Cairo — is home to scores of monuments, mosques and palaces dating back to its 10th century founding, and has since 1979 been designated a World Heritage Site by the United Nations Educational, Scientific and Cultural Organization (UNESCO). But years of mismanagement and neglect has left large swaths of historic buildings in the area dilapidated and underutilized from a tourism standpoint. This could be set to change after the government last year announced a three-stage restoration project that aims to revitalize Old Cairo into a year-round tourist attraction and preserve the area’s heritage (watch, runtime: 25:42).

So what exactly is in store for Old Cairo? Proposals submitted by archeologists and heritage experts to the government last year focus on restoring facades and registering previously unregistered historic buildings, according to a cabinet statement. They also include a plan to establish new hotels in the area, a bazaar and restaurant space, a handicraft school, a documentary film center, retail spaces, public parks, tourist walkways, and parking. The aim is to create a self-contained, walkable area that has been entirely redeveloped and will be independently managed with UNESCO supervision, lead consultant on the project Mohamed El Khattib told Masaa DMC in December (watch, runtime 11:45).

The Citadel alone is set to see a new recreational park with a handicrafts complex, restaurants, entertainment, and a cultural education center, Ihab El Far, head of the Armed Forces Engineering Authority, said in a cabinet statement. Caravanserai or wikalat (inns or guest houses) in the area are also set to be restored, he added.

The project’s first phase focuses on restoration in five priority locations: The area surrounding Al Hakim Mosque and the Northern gates of Old Cairo (Bab Al Futuh and Bab Al Nasr); the area surrounding Al Hussein Mosque; Bab Zuwayla and El Khayameya; and the Citadel and Darb El Labana. Development will also take place on Al-Mu'izz Street and Darb El Ahmar Street, according to El Khattib. Plans for the following two stages of the project have not yet been disclosed.

By the numbers: Building restorations in the first phase will cover approximately 0.42 sqkm — some 5.25% of the total 8 sqkm area — and are expected to be completed in three years’ time at a cost of some EGP 4 bn, Khaled Siddiq, Director of the Urban Development Fund, tells us.

The bill to see the entire project through could run up to some EGP 60-70 bn, Siddiq estimates, though the final cost is dependent on further studies. The project is being implemented by the Armed Forces Engineering Authority with oversight from the Urban Development Fund, and funded by state budget allocations to the Housing Ministry.

That’s a huge sum, especially when compared to other major tourism site projects: By comparison, the restoration of the Giza Plateau, including establishing the new Grand Egyptian Museum, is estimated to have cost around EGP 30 bn. But the government is ready to foot the bill: “For the first time the budget is not a problem,” El Khattib told Reuters last September, adding that “any budget for Historic Cairo will be approved."

Where things stand: Work has already begun on restoring the facades of historic buildings and refacing newer buildings — as well as relocating some residents and businesses away from the area to make room for recreational and commercial activity. Prime Minister Moustafa Madbouly last year announced a freeze on construction and demolition in the area, including for those with current permits. By November, restoration had commenced on the facades of 18 historic buildings, General El Far told the Cabinet. Some 190 dilapidated buildings in the phase-one area were in the process of being vacated, while work had begun on six empty plots that were handed over to the authorities. Some 22 workshops were also vacated, 16 of which had been cleared of debris by late last year, while debris was also cleared from the area surrounding the Al Hakim Mosque.

What about Old Cairo residents? Some residential properties will be redeveloped for commercial and tourist purposes, while others will be restored and maintained as homes. Buildings at risk of collapse are set to be demolished and the land repurposed, while hazardous and polluting industrial factories, warehouses and storage facilities — some of which have in the past seen fires break out that threatened historic buildings — are being relocated, according to El Khattib. The owners of homes and businesses deemed unsafe or “inappropriate” by the council are being moved to the Gehan El Sadat axis in Nasr City or offered equivalent compensation, officials have said.

Management is being streamlined: The involvement of many different organizations and ministries — from Cairo governorate to the Tourism and Antiquities Ministry, the Ministry of Religious Endowments, and the Housing Ministry — has led to “inappropriate and conflicting management,” of the area, Khattib has said. The project aims to overcome this by creating one centralized authority for the redevelopment of Old Cairo, run by a council of heritage experts that coordinates between ministries and reports directly to the Cabinet, with oversight from UNESCO.

And the private sector could be brought in: Although financing for restoration work is set to come entirely from state coffers, according to Siddiq, there will be opportunities for private sector involvement. The Sovereign Fund of Egypt (SFE) in 2020 signed an agreement with the Supreme Council of Antiquities (SCA) to kick off plans to develop the Bab El Azab landmark nearby the Citadel into a tourist area in partnership with private investors. The agreement gave the SFE the greenlight to shop for private partners to participate in the project as investors or service providers, with the SCA retaining managerial control over the site. Management, maintenance and marketing initiatives across Old Cairo could be opened up to private sector players once restoration work is complete, Siddiq told us.

The Old Cairo restoration initiative is part of a citywide heritage push: As the government heads to the new administrative capital, many parts of Cairo’s innermost districts are set to see redevelopment — with a focus on preserving and repurposing historic buildings. The Fustat Garden development project announced last year, which could soon be home to a new 500 acre public park nearby the National Museum of Egyptian Civilization and the Ain El Sira lake, is a crucial component of the government’s ambitions. The Magra El Oyoun development project — which was earlier this month estimated to be 65% complete — is also part of the grander ambition of reshaping what Old Cairo has to offer.